The Mets announced today that their one of their hottest prospects is moving on up to Las Vegas.

While this season for the major league Mets hasn't been the most successful, at least some of the organization's hot pitching prospects are developing in a promising manner. Zack Wheeler is set to debut in the majors next week, Jack Leathersich just got promoted to Triple-A, and now the Mets have announced that Rafael Montero is also going to join the 51s and will start on Saturday. 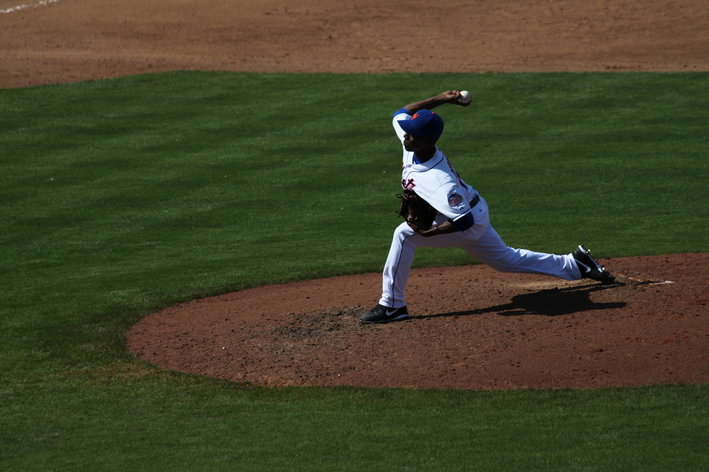 Montero actually made a spot start for Las Vegas earlier this season, and it went quite well. He allowed two runs in 6.2 innings while striking out five batters and walking just one back on May 21. In Double-A, Montero has dominated the opposition with 72 strikeouts and only 10 walks in 66.2 innings while posting a 2.43 ERA.

Although Montero wasn't signed until he was 20 years old, he has moved briskly through the Mets' system. Coming into the season he was pegged as the no. eight prospect in the Mets farm system in the 2012 AA Top 50 Prospect Rankings and if he pitches well in Las Vegas, he could be scheduled for a major league debut before his 23rd birthday.