Wouldn't it make sense for them to learn how to pitch against left-handed hitters so that they wouldn't have to be pulled in the majors? What's the case and what do you think?"

Short answer: Minor league relievers pitch to everyone, indiscriminately. And that makes sense. First off, they want these guys getting reps to continue to sharpen their games. Secondly, minor leaguers are, by definition, not finished products. Regardless of their profiles, it's too early to say with certainty what a player can or can't do. Therefore, it's much more instructive to the parent organization to toss them out there against everyone. 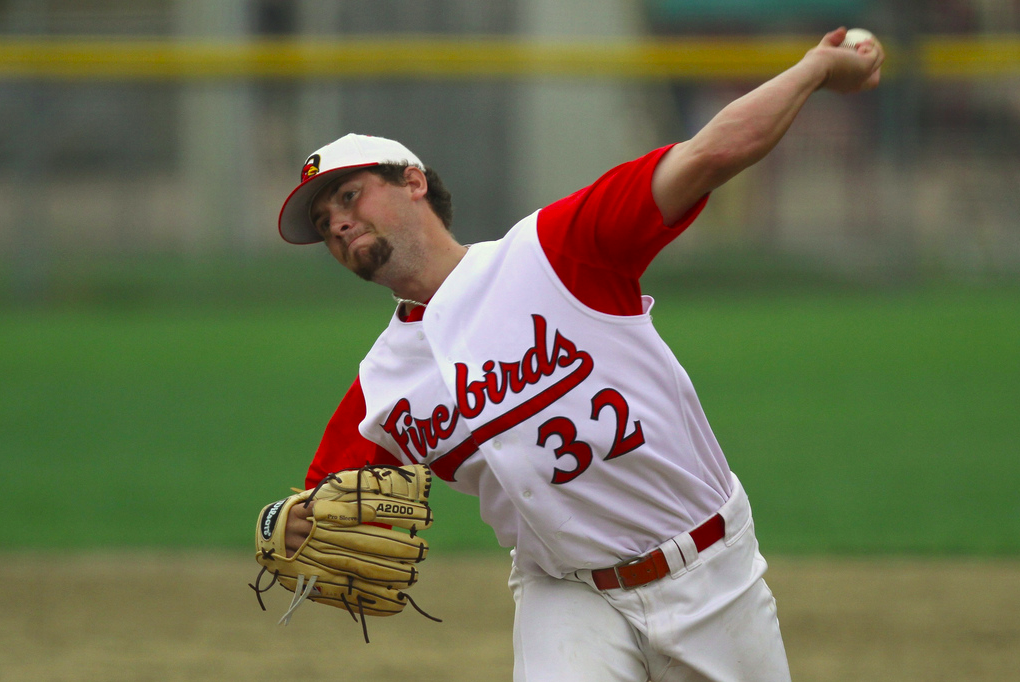 A good example of this is the newest Las Vegas 51, Jack Leathersich. Much has been made of the stout lefty's ability to strike out the world. And based on his high-level profile, one would think the Mets are well on their way to finding a dominant major league LOOGY -- at the very least. So did they groom him by bringing him in for one and two-batter appearances -- as a LOOGY is treated in the show? Absolutely not. That's because when you dig into the numbers, what you find is that the 22-year-old lefty has actually been significantly more successful against right-handed hitters -- take his 2013 figures:

And those numbers bear out in his career splits as well.

Conversely, the Mets wouldn't rightly stop exposing Leathersich to lefties, despite his poor performance thus far, because he's still learning and they're hoping he figures them out.

"Had Francisco Pena washed up a year ago and now he's dropping bombs in Vegas? All park effect or does the fact that he's only 23 mean we might have a cheap, homegrown backup in the wings? How's his defense 'cause the bat's not real is it?"

Let me first say this: You're not the only one who wrote Pena off.

After a career .232 batting average and an on-base well below .300 through six pro seasons – 1,812 at bats – I was pretty well convinced that Pena just didn’t have the offensive skillset to profile as anything but a minor leaguer, and a mediocre one at that. To his credit, his defense behind the plate had rounded into form as he pushed his career caught stealing rate above 30%. 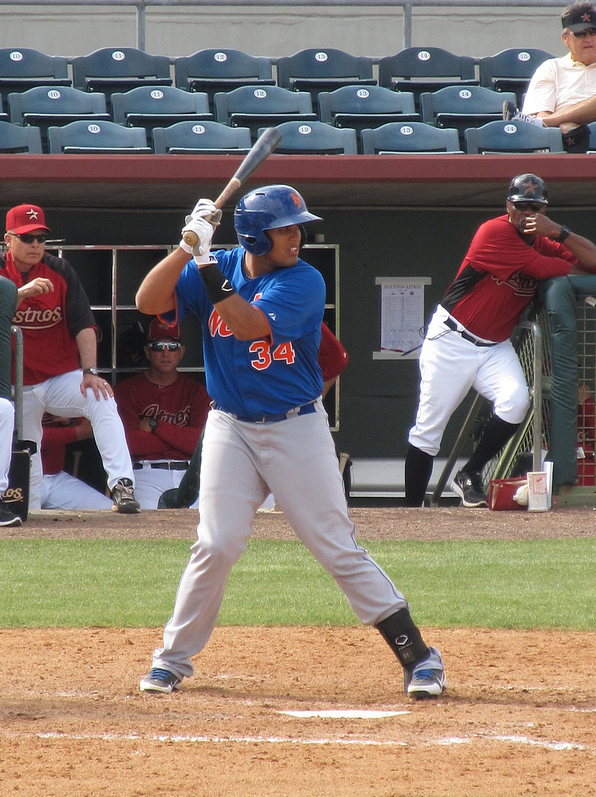 However, the plate discipline was a spotty mess and his one tangible offensive tool, his power, wasn’t a consistent weapon – as observed by the career slugging in the low 300s. However, looking back it may be instructive to re-evaluate that statement about his plate discipline. While it was mostly down, Pena had his moments. Namely 2012, when he made great strides by posting a very solid 17.2% strikeout rate while posting a career-best 11% walk rate. Unfortunately, Pena masked this growth under more substandard results (see, .198 average) – which furthered the general opinion of Pena as a non-prospect.

And yet, here we are through 42 games in 2013 and the 23-year old is batting a very respectable .283/.329/.483 – including a .356 mark with five homers at Triple-A. Though his plate discipline hasn’t looked quite as strong, perhaps last year’s growth was a sign of true improvement after all. Or perhaps he’s just on a nice run of park-induced good luck – what’s 150 or so nice at bats in Las Vegas when weighed against over 1,800 at bats of mediocrity?

In any case, it’s happening. Those five home runs left the park. His wOBA really does stand at .402. And in the case of backup catchers, luck or not, that can sometimes be enough – especially when the incumbent hasn’t done anything to distinguish himself at the major league level. Therefore, it’s fair to say that, at the very least, Pena has placed himself firmly into the discussion as another backup catcher option along with Anthony Recker and Juan Centeno. It might not be the lofty ceiling we hoped for when we started this ride, but it’s a heck of a lot more than we expected from him even one year ago.

That's it until next time. Thanks, as always, to everyone who submitted a question this week. And once again, don't forget to send all of your Mets minor league questions to the AA Prospect Mailbag!