Zack Wheeler kept the Braves off the scoreboard for six innings, and the Mets plated six runs after that to beat the Braves for the second time today.

Share All sharing options for: Mets vs. Braves Recap: Wheeler strikes out seven in six scoreless as Mets sweep doubleheader

It would have been hard to draw up better results for the Mets' most exciting day of the season. After Matt Harvey struck out thirteen and carried a no-hitter into the seventh inning, Zack Wheeler threw six scoreless innings against the Braves in the nightcap. All of this took place at Turner Field, a ballpark that has been a house of horrors for the Mets ever since its doors opened. 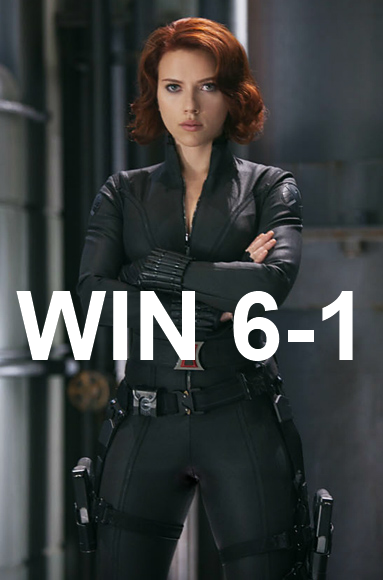 Wheeler issued a pair of walks and struggled to find the strike zone in the first inning, but he notched his first big league strikeout against Jason Heyward and didn't allow any runs to score. Although he had some issues finding the strike zone after that and walked three more Braves in the start, Wheeler looked considerably more comfortable after the first. And his stuff looked fantastic as he struck out seven.

Having thrown 102 pitches in six innings, Wheeler's outing was done. At the time, the Mets hadn't score a run, either, as they were stymied by soft-tossing-lefty Paul Maholm. In the seventh, however, Josh Satin led off with a single, and Anthony Recker hit a two-run home run to give the Mets a lead.

Scott Atchison came on to pitch the bottom half of the inning but hurt his groin while warming up on the mound between innings, forcing Terry Collins to turn to Brandon Lyon instead. He issued a walk and gave up two hits, allowing one run in the process to cut the Mets' lead in half.

Anthony Varvaro came on for Atlanta in the eighth and got a quick pair of outs. Then things really got wacky. Marlon Byrd hit a ground ball that deflected off Varvaro's foot and scooted past Dan Uggla into center field. Byrd pushed the envelope and turned the fluky hit into a double. With Satin at the plate, Varvaro made a pickoff attempt at second base but threw the ball into center field. Normally, that would have allowed Byrd to advance to third, but the ball somehow got past B.J. Upton in center field and allowed Byrd to score.

From there, the Mets scored three more times. Satin walked, and Recker, Juan Lagares, and Omar Quintanilla hit consecutive singles to bring those runs home and put the Mets ahead 6-1.

The rest of the Mets' bullpen—David Aardsma and Josh Edgin—combined for two scoreless innings to preserve the big lead, the win, and the doubleheader sweep.

The series continues tomorrow at 7:10 pm. Shaun Marcum takes the mound for the Mets, while Kris Medlen starts for the Braves. 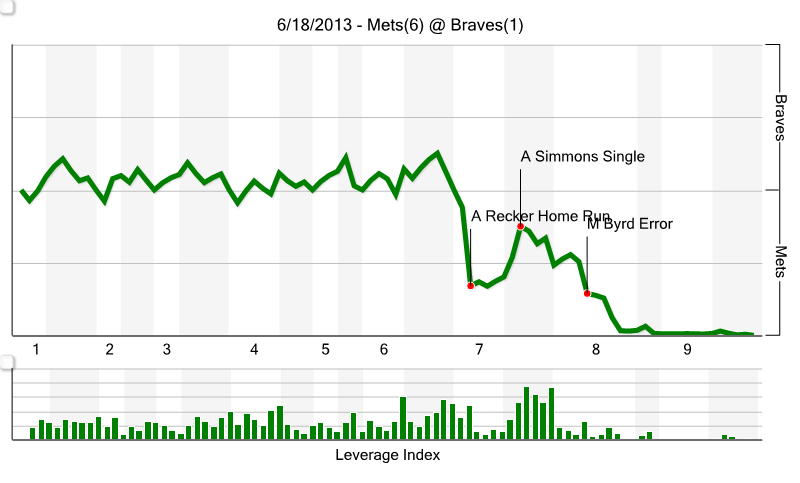