The Mets promoted two of the main reasons for the Savannah first half title as well as an underrated relief prospect.

It was a long time coming, but in the wake of the South Atlantic League all star game the Mets have sent a trio of Sand Gnats to High-A St. Lucie. Specifically, the club promoted catcher Kevin Plawecki, first baseman Jayce Boyd, and Savannah closer Bret Mitchell.

The Mets 2012 supplemental draft pick as compensation for the *gulp* departure of Jose Reyes, Plawecki batted .314/.390/.494 for Savannah, leading the circuit in doubles. The 22-year-old generated buzz right away in 2013, batting .391 with four homers and a 1.122 OPS in April. More generally, Plawecki has lived up to his reputation as a very disciplined hitter, posting stellar walk (8.2%) and strikeout (11.4%) rates. Defensively, he gunned down 31% of baserunners and by all accounts, showed good improvement behind the plate. 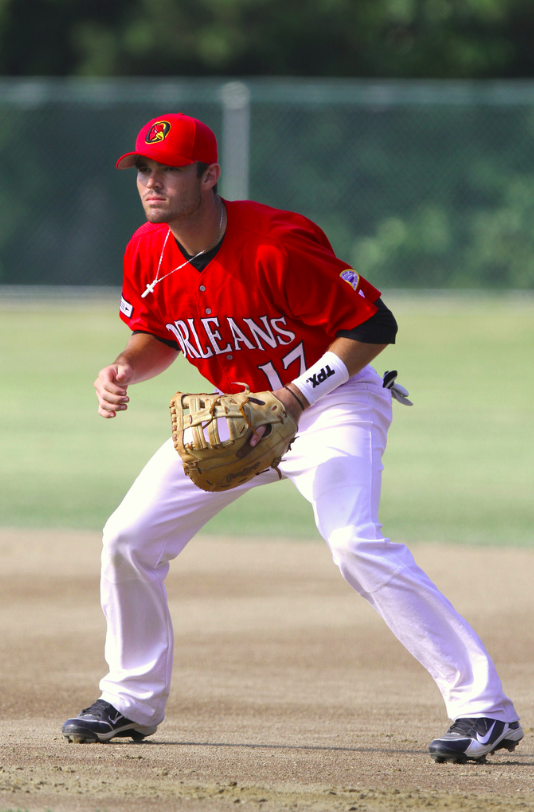 Jayce Boyd led the SAL in batting average as well as on-base percentage.

The 22-year-old Boyd was even more impressive in his time with the Sand Gnats, batting .361/.441/.494. Boyd carried an eight-game hitting streak into the all star break, with 11 hits and six walks in his final 19 at bats (not a typo). He also walked more than he struck out (35:32). The 2012 sixth-rounder out of Florida State has boosted his prospect stock immensely thus far in 2013, and should he keep up his outstanding performance with St. Lucie he'll jump up rankings by season's end.

The question for Boyd will be his long-term power potential. For a guy who projects as a true first baseman defensively, a .133 ISO isn't awful but it's certainly not the kind of power production you hope to get from that position. That being said, Boyd is a sturdy 6'3", 185 lbs. Additionally, he features decent leverage in his swing. It's not unreasonable to hope that as he gains some additional muscle he'll see more of those balls clear the fence. This will ultimately decide whether he's more Lucas Duda or Eric Campbell long-term.

Finally, the Mets also promoted the Savannah closer, Bret Mitchell. The 2010 12th rounder is an interesting case in that after a solid pro debut as a starter, he missed the 2012 season with a torn labrum in his hip. In his return to the mound this spring the Mets moved him to the bullpen and the results have been very promising. In addition to a well-developed secondary repertoire, his fastball velocity is now touching the mid-90s. That has equated to a 2.35 ERA in 22 appearances. What's more, he posted a strikeouts per nine above 12 and a walks per nine mark near 2. He definitely fits right into the Mets growing crop of underrated relief prospects.

To make space for these guys, catchers Albert Cordero and Nelfi Zapata as well as reliever Wanel Mesa were assigned to Savannah.