Rafael Montero got the start for the 51s, and generally speaking this season, when Montero is on the mound, good things happen. For perhaps the first time this season, Montero got smacked around. Things were going swimmingly for him- a walk and a single were the only blemishes on his night- until the top of the 3rd. The Bees scored four runs, with the most notable runs coming on an inside-the-park home run by DH Matt Young. In total, Montero allowed two walks, two singles, a double, and insider-the-parker in the inning. Things weren't all bad for Las Vegas. Wilmer Flores hit a home run, his ninth of the year, in the 1st to put them on the board in the 1st. Mike Baxter hit an RBI double in the 5th, and two more runs were scored in the 7th. Those two 7th inning runs tied the game, as Armando Rodriguez and Jack Leathersich combined in the middle innings to prevent Salt Lake City from scoring. After a scoreless 8th for both sides, the Bees exploded in the 9th, scoring six runs off of, you guessed it, Rob Carson. The lefty started the inning right by striking out his first batter, but was unable to record another out. He walked one, gave up four singles, a double, and a three-run home run to pinch hitter Roberto Lopez. D.J. Mitchell induced a double play to end the inning, but the damage was done, and the 51s were unable to score the necessary six runs to tie the game, or seven runs to win it in the 9th.

The game was suspended after the second inning finished. Darin Gorski, pitching for Binghamton, had two scoreless innings logged, with no hits, a walk, and two strikeouts. His Sea Dog counterpart, Keith Couch, also had two scoreless innings in the book, with no walks, two walks, and no strikeouts. Danny Muno in the 1st and Rhyne Hughes in the 2nd were the two B-Mets to get on base. The game is scheduled to be completed tonight, Wednesday the 26th.

St. Lucie blanked the Marauders in the series finale, avoiding the series sweep. Rainy Lara pitched five-plus innings of scoreless ball, scatting five hits and walking two, while striking out an impressive eight. Bret Mitchell took the ball after Lara was removed in the 6th, and threw a scoreless inning of his own, though he walked three consecutive batters with two outs, leading to Hamilton Bennett coming in to salvage the inning (which he did). Bennett then fired off two-plus scoreless innings of his own, allowing one hit, walking one, and striking out three to complete the shutout. On the offensive side, St. Lucie jumped out to an early 3-0 lead in the 1st inning on a Dustin Lawley RBI single, a Kevin Plawecki single, and a Cam Maron ground rule double. St. Lucie scored an insurance run in the bottom of the 7th when Jayce Boyd doubled to drive in Matt den Dekker, but the extra run proved unneeded.

Brooklyn once again found themselves on the losing side of a game against the surging Hudson Valley Renegades, dropping the contest 6-5 in extra innings. The Cyclones jumped out to an early lead, scoring five runs in the 1st inning, but the Renegades shut them down for the rest of the game, scattering only four more hits for the rest of the game. Miller Diaz, Brooklyn's starter, pitched five innings, scattering five hits over five innings while allowing one earned run, two walks, and striking out seven. Sloppy play resulting in errors, and eventually, unearned runs, were the biggest problem of the night, an issue plagued by both teams.

Brooklyn had a total of four errors that resulted in four unearned runs, and the Renegades had a total of five errors that resulted in three unearned runs. Hudson Valley chipped away at Brooklyn's five-run outburst in the 1st, and eventually tied the game in the 4th. Both teams held each other scoreless for the next five innings, necessitating extra innings. In the bottom of the 10th, with bases loaded Shane Bay allowed a groundball single that won the Marauders the game.

Bristol jumped out to a commanding lead early on, scoring four runs in the bottom of the 1st, and another four innings in the bottom of the 3rd. Suffice to say, starter Martires Arias did not have his best night. The Kingsport Mets didn't exactly go without a wimper, as they scored a pair in the 4th inning, and one run in both the 5th and 6th, to make it a 8-4 game. Bristol scored another run in the 7th, seemingly putting the game out of reach, but Kingsport made one last ditch effort to come back. In the 9th inning, they knocked around reliever Jon Bengard, scoring three runs. Unfortunately, Bengard recovered his composure and struck his final batter out, quelling the late inning rally. 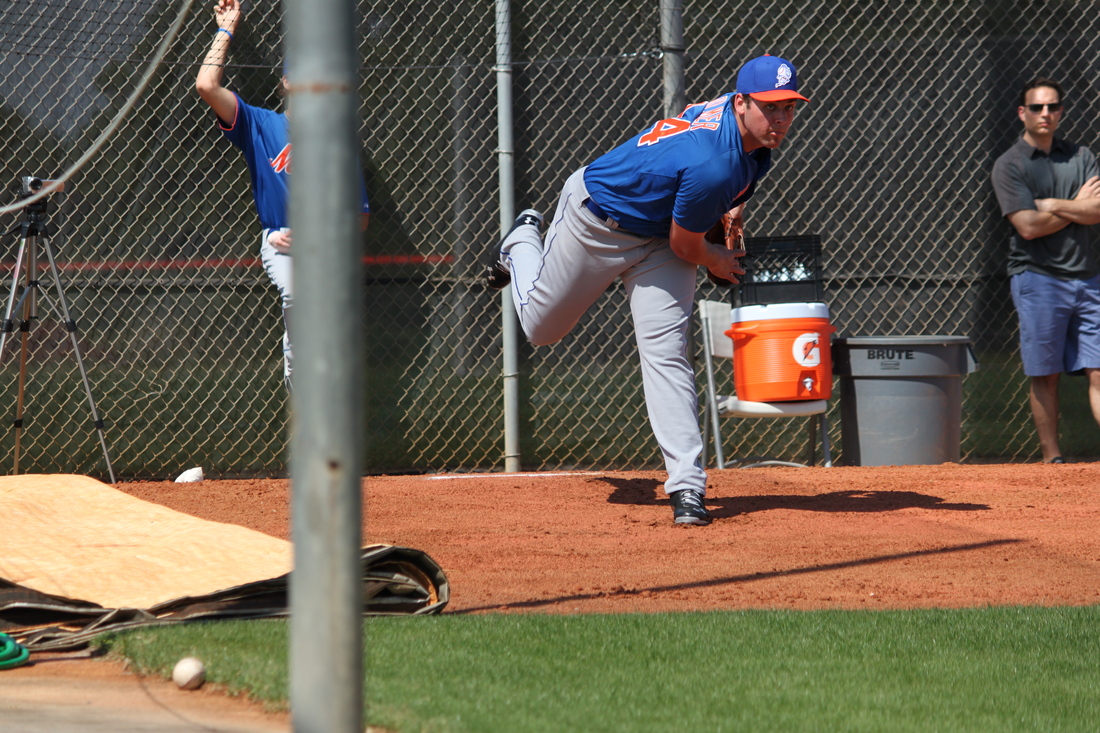 A bit tough to hand out Star of the Night honors for last night's performances. It's not that there weren't many good performances, but none jumped out as being excellent- Rainy Lara is the closest to do so, with his eight strikeout night, but the two walks, wild pitch, and hit batsman mar the performance. As such, Michael Fulmer is going to be our Star of the Night. He pitched decently enough, but more than anything, his returning to action is a great boon for the farm system as a whole.

Martires Arias wasn't lucky during the game, but he's lucky that Rob Carson was being Rob Carson last night, avoiding Goat of the Night dishonors. While Arias's perfomance was pitiful- 7 ER in 4 IP- at least he pitched four innings. Rob Carson lasted only one out, gave up six runs, and lost the game for his team.