That's two games in a row suspended by rain. Both games are tentatively scheduled to be made up in Binghamton, the next time the Sea Dogs are in town.

Domingo Tapia did not have his best stuff, but with the way the St. Lucie offense was hitting, it didn't exactly matter. Tapia gave up two early runs, putting the St. Lucie Mets down 3-0 going into the 4th. In the bottom of the inning, Kevin Plawecki did what he does best, and hit an RBI double, and the catcher subsequently scored on a fielding error by Palm Beach Cardinal centerfielder Starlin Rodriguez. In the bottom of the 6th, St. Lucie scored another two runs on the power of Dustin Lawley's sixteenth home run of the season, and the Mets were suddenly on top 4-3. That lead didn't last long, as the Cardinals immediately tied it up in the top of the 7th off of Carlos Vazquez. St. Lucie got back on top in the 8th, putting up a three spot care of another Plawecki double that plated two, and a Cam Maron single that scored his fellow backstop. Tim Byrdak made his second appearance of the season- his first with St. Lucie- and threw a 1-2-3 9th inning, earning the save and securing the win.

The Sand Gnats improved their record to 2-4 for the second half of the season as Gabriel Ynoa won his 9th game of the season. The right-hander threw six solid innings, allowing one run and giving up five hits while walking none and striking out four. Justin Schumer, Augusta's starter, was as good as Ynoa, but the Sand Gnats got to the GreenJackets' bullpen once he was removed from the game. In the top of the 6th, Jeff Glenn doubled in two runs and Phillip Evans drove him in, scoring three runs and putting Savannah ahead. In the 8th, Savannah scored another two runs on a Chad Zurcher single with the bases juiced. They had the opportunity to score some more runs, as bases remained loaded after a Eudy Pina walk, but Brandon Nimmo grounded out, ending the inning. With Augusta unable to get much going against Ynoa, or the Sand Gnat bullpen, those extra runs were not needed.

The Cyclones have never had a losing season, but if they continue playing uninspired ball like they did last night, and have since the season began, that streak might be in jeopardy. John Gant had a strong outing, allowing six hits and three runs over six innings while walking none and striking out ten, but a hard luck loser. Against IronBird starter Stephen Brault, and his replacement, David Richardson, the Cyclones could only muster a single hit, an Anthony Chavez single in the third. They did have a few baserunners, as Brault walked four and Richardson one, but Brooklyn was unable to string anything into runs. Perhaps, in theory, they might have gotten their act together in the 9th inning, but the game was abbreviated due to rain, and the 9th inning was never played.

Kingsport maintained the lead going into late innings, but the bullpen was unable to keep the two-run edge, and gave up four total runs to the Greenville Astros. Kingsport scored three runs early on, most notably a Jonathan Leroux two-run home run in the 4th inning that broke a 1-1 tie and gave them the lead. Both teams were held scoreless for the next few innings. Finally, in the bottom of the 8th, Greenville tied the game up, touching up reliever Alberto Baldonado. Kingsport managed to start the 9th with a man on 1st and 3rd with no outs, but somehow managed to not plate any runs. Greenville, on the other hand, cashed in on their opportunities in the 9th. Against Tyler Bashlor, first baseman Angel Ibanez drew a walk, and DH Ariel Ovando scored him by smacking a walk-off home run. 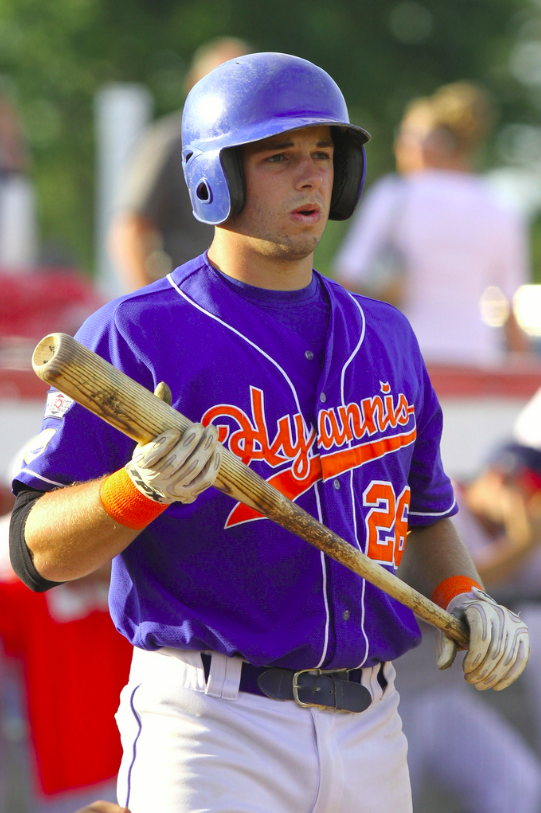 The 22-year-old Plawecki earned the no. 13 spot in the latest AA Mets Prospect Rankings.

It was tough to choose between John Gant's impressive pitching outing and Kevin Plawecki doing his thing and being a human doubles machine, but in the end, I am going with Plawecki. Nothing against Mr. Gant, of course, but Plawecki did his thing against tougher competition, and his continued maturation before our eyes makes the farm system that much stronger.

Gotta go to Mother Nature for her performance last night. I don't like giving the GotN to inanimate objects, or forces of nature, but that's two nights now without a Binghamton game. I want my Cesar Puello fix.