A closer look at the University of New Mexico third baseman. 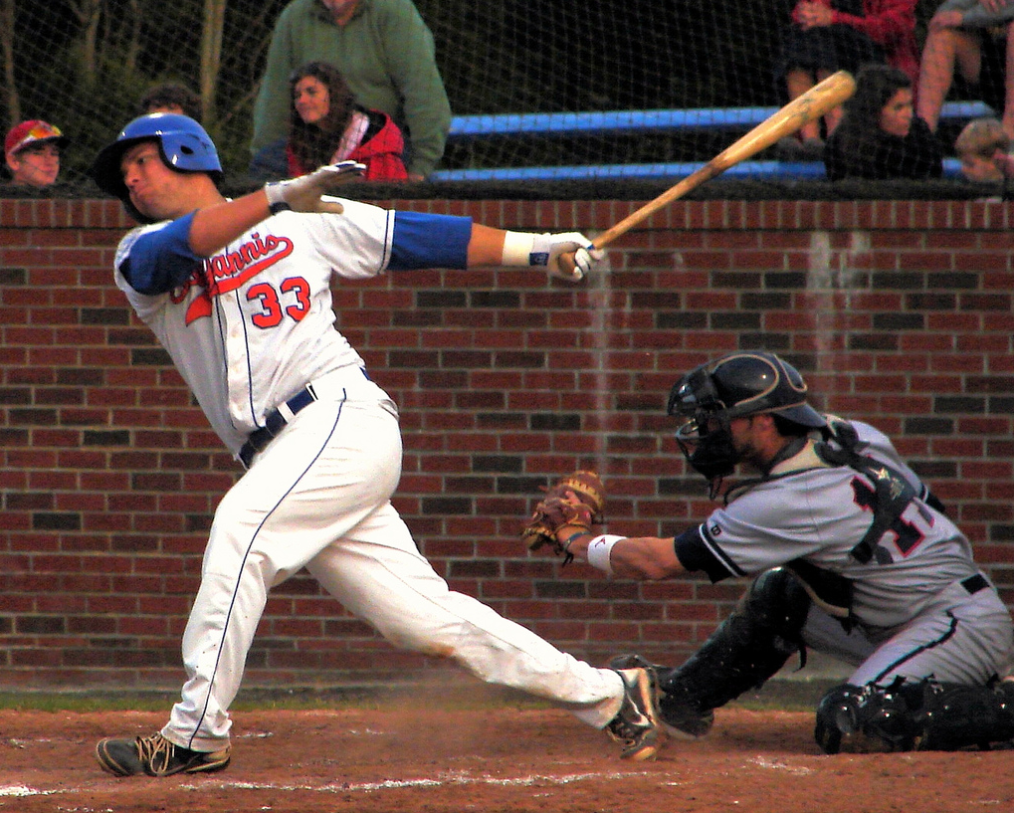 Peterson has been linked to the Mets by multiple sources, and that's not all that surprising. While it's difficult to draw any conclusions about a front office's draft strategy after just two years, in 2012 the Mets showed a clear interest in college bats with good command of the strike zone (Plawecki, M. Reynolds, Boyd), and Peterson certainly fits that bill. Baseball America ranked him as having the best hit tool in the 2013 draft class, and he hit .408 for New Mexico this year while walking more times then he struck out (46 BB against 35 K). He'll need the bat to continue to carry him, as he profiles best as a first baseman at the major league level. Peterson's college numbers are certainly inflated by playing home games in Isotopes Park, which is a massive hitter's park even by PCL standards, and there is some question if his swing will produce enough power to carry a first baseman's glove. However, outside of Colin Moran, Peterson is probably the college bat with the highest floor in this draft class. He's also quite signable at or maybe slightly below slot.

"Peterson is the class’s best pure hitter not named Kris Bryant, and there are some ways Peterson trumps even Bryant. Peterson combines a simple, smooth right-handed swing with solid strength, quick wrists, and a great approach at the plate. The wrists give him the ability to turn on good inside fastballs for significant pop to his pull side, and he’s a smart enough hitter to take the outside pitch the other way. His batspeed isn’t extraordinary but there’s enough to spare. Defensively, I just don’t believe he’s quick enough for third despite a good arm, but he should be a solid defensive first baseman. In the end, I see a first baseman who can hit for average and power, a skillset that’s a rarity in this class."

"Scouts gush about his hitting ability. He has short, hitter's arms, tremendous bat speed and strength, and always hits the ball on the screws. His hitting mechanics are sound, with quick, strong hands, and he shows the ability to make adjustments on the fly. He has keen pitch recognition skills and already has a pro approach to his at-bats. While New Mexico plays at an elevation higher than Coors Field, scouts say Peterson's power is legitimate. That's good because defense will never be a big part of his game. He is a below-average runner with an above-average arm. He moves well for his 6-foot-1, 205-pound frame and should get a chance to stick at third base, but he'll likely wind up in left field or first base. Peterson's bat should allow him to move quickly."

I'm lousy at predicting these things, but I think the Mets end up popping Peterson on draft day. While he wouldn't be my first (or even second) choice, most sources have the Mets on a college bat this year, and Peterson is both a safe pick and fits the offensive profile the Mets prefer. There isn't a long track record for shorter, stocky right-handed first baseman, but Peterson probably has enough bat/patience to be an average everyday first baseman, with a bit more in the tank if the power develops. Like Cecchini last year, he's not a particularly sexy pick, but a reasonable one in a rather shallow draft class. At his peak, I could see Peterson having some Wally Joynerish seasons.

Also, don't be surprised if the Mets try to keep Peterson at third base. They've shown an inclination to keep prospects at more premium defensive positions as long as possible and even moved Matt Reynolds from third to short after drafting him last year. Peterson probably doesn't have the athletic tools to stick at third long term, but I bet the Mets would give him every chance to fail there.