Despite five strong innings, Noah Syndergaard was the tough luck loser Monday night as St. Lucie lost to Lakeland 2-1. Syndergaard cruised through the first four innings but ran into a bit of trouble in the fifth, allowing a couple of singles and a double. The start comes on the heels of a recent scouting report over at Baseball Prospectus (paywall) that said mostly positive things about our tall Viking. They even graded his curveball ahead of his changeup, which I think is a great sign considering the biggest question mark on Syndy coming into the season was the development of his curveball. I wouldn't be surprised to see Syndergaard in Bingo before the end of the year. There is a bit of news offensively as well, Travis Taijeron was named the FSL Player of the Week for the week ended June 2nd. I'm sure his three homers on Sunday had something to do with it. As an encore to his Sunday performance, Taijeron went 3-4 with another home run on Monday. Check out the triple slash from his last 10 game: .471/.500/1.029. Wow. 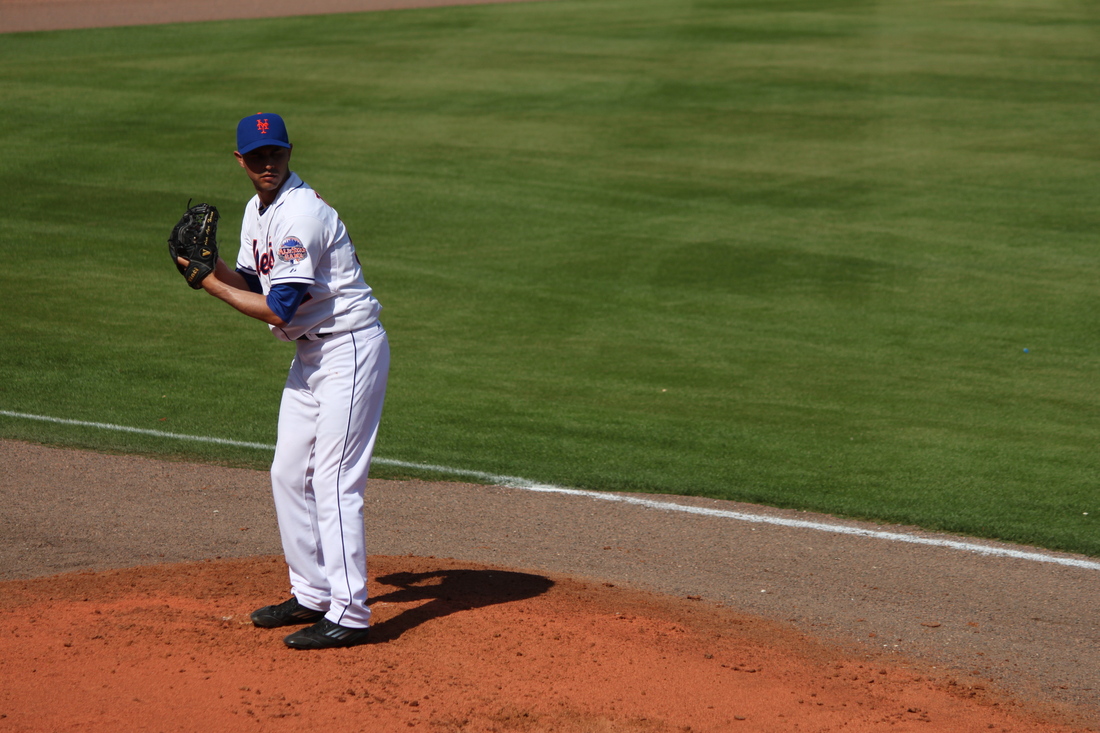 Prospect or no prospect, respect must be paid to Carlos Torres who threw perhaps the best game anyone in our minor league affiliates has tossed this year. I did hesitate a moment when I noticed he also posted a golden sombrero as well. Actually..

On a slow night for the affiliates, we're giving Torres double duty as both Star and Goat. Four strikeouts in four ABs for a pitcher may be acceptable on any other night, but when there's only two games going on, it earns you the horns, even if you did toss a complete game shutout.