The kid from Murph's alma mater is one of an abnormally small group of high-upside righties in this year's draft. 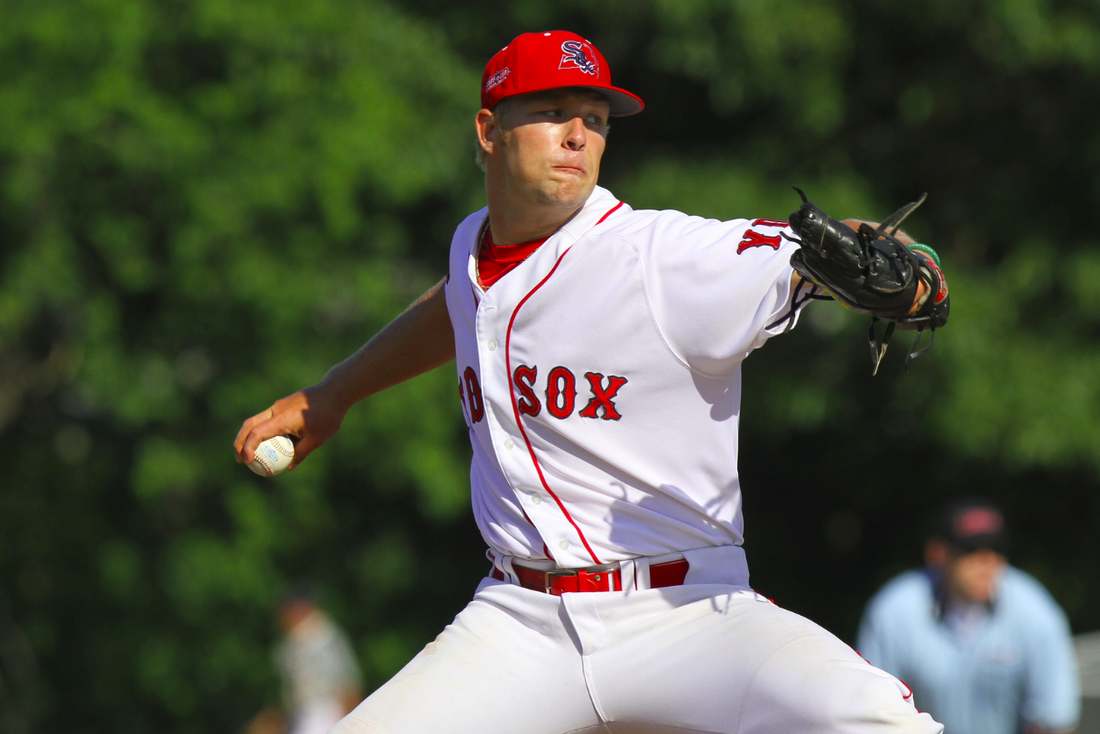 Chris Anderson, the Jacksonville University ace, has the frame and skill set to be a dominant front-of-the-rotation starter. He was drafted out of high school in 2010, in the 35th round by the Chicago Cubs, and he’s certainly improved since then. The big righty throws three pitches, a fastball that reaches the high 90s that has some sink to it, his best pitch. He augments that with a sharp slider and a change-up. While he has good control and command of his fastball, the same cannot always be said of his other offerings. They both show promise and either can be a potential plus pitch with more polish.

The problem seems to be his arm slot when throwing those offerings- the fastball is thrown from a high ¾ angle, while the curve is thrown slightly higher. Anderson generally maintains control of those other offerings, but telegraphing his pitches certainly will lead to problems against the more advanced competition in the minor leagues.

Anderson started the season out strong, throwing no less than 7 innings per start until late March and the beginning of April, where he had a few games where he got roughed up a bit and wasn’t able to throw as many innings as he had been. By May, he pushed through that bout of fatigue and was putting up numbers like he had been earlier in the year.

"Anderson has the size, roughly the fastball velocity and the potential out pitch in that slider to profile as a No. 2 starter."

"Strongly built at 6-4, 225, Anderson showed sharpened command this spring of a plus fastball/plus slider combination. His change-up has also improved, and he profiles as an inning-chewing mid-rotation starter."

"Anderson was a hot commodity early, but recent struggles have led to a fade. He could be this year's Michael Wacha, who was in early 1-1 conversations last year but fell to St. Louis at No. 19."

When you look at Chris Anderson, you see a potential workhorse. With a mature body, a durable build, and an above average heater with some life to it, you can easily picture him slotting into the middle of a rotation. Unfortunately, he’s had some dead arm periods this spring, though his velocity has rebounded just prior to the draft. The slider shows two-plane break most of the time, though he still needs to become a little more consistent with it, and the changeup is an improving offering, average at the present time. Mechanically, he’s very clean--he takes a big stride, turns the ball over early, finishes well, no real timing issues. I like him quite a bit but do still worry about the inconsistent velocity earlier this spring.