The prep righty from North Carolina is rocking some pretty strong bloodlines with a brother currently in the pro ranks and a father who used to close out games for the Angels. 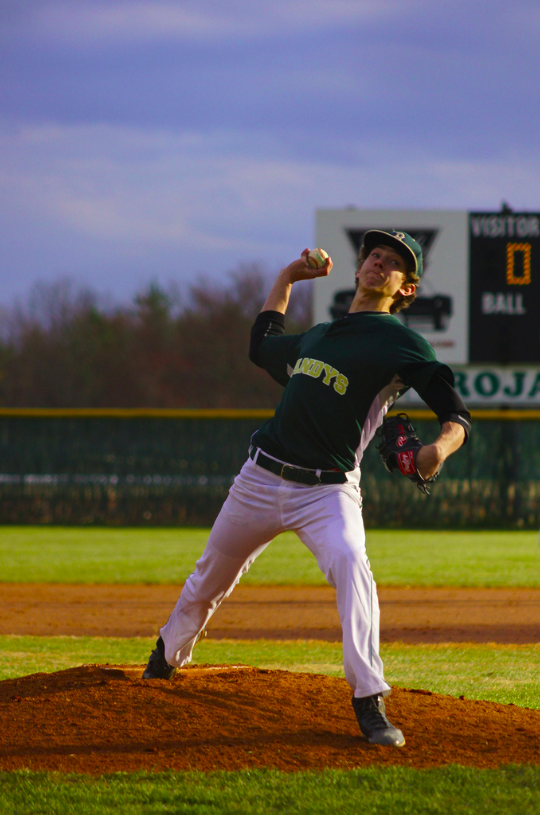 Hunter Harvey is the son of former closer Bryan Harvey, and brother of Kris Harvey, a minor league pitcher currently in Double-A Altoona. At 6’3", Harvey isn’t small -- but at 175 pounds, there is plenty of room to fill out. As things stand now, his fastball already has a lot of zip to it, sitting in the mid 90s. His two primary off-speed offerings are a change-up -- with about a 10-15 MPH differential -- and a curveball, both of which can be major league pitches with some work.

Hunter is aggressive, going after and challenging batters. This aggressiveness sometimes hurts him, though, leading him to rush his delivery. When he pitches, he plants his legs early and doesn’t utilize his trunk as much, making him a ‘dart thrower’, as opposed to a traditional ‘drop and driver’. Given where his fastball already sits, if you factor in some weight gain, and mechanics that better utilize the momentum of his trunk, Harvey could theoretically be able to touch the high 90s with his fastball.He is no slouch with the bat, either. While not really seen as a two-way player, the youngster hit .422/.533/.723 in 83 at-bats this season.

Interestingly, Harvey has no college commitment. In his own words, he "just want[s] to go play pro ball mainly. That’s my goal, that’s what I want to do". In theory, this could both hurt and help him: knowing he wants to play ball, a team might sign him earlier since he has no signability issues, but knowing he has no college leverage, they might offer him less than he might make with a college commitment.

"Son of former big leaguer Bryan Harvey, Hunter is very projectable, up to 93 mph already with feel for a curveball, and with a strong desire to go pro rather than heading for college."

"The son of former big league pitcher Bryan Harvey has size and stuff, and it's clear he wants to enter pro ball. That could add up to him going before the Giants pick, but San Francisco knows how to develop young pitching."

"Hunter Harvey has projection: Right now he sits 91-93 MPH, but he’s bumped 97 and has the room to add strength to a very athletic frame. He also has a good breaking ball, possibly a very good one -- a hard curve with sharp downward break. And though he doesn’t have much of one now, he has a feel for a changeup and a good armslot for one. And perhaps his best feature: no college commitment. So what’s wrong? Inconsistency. He needs to make some mechanical adjustments, specifically learning to stride directly toward home plate and shortening the length of his arm action, which will help his timing. This will improve both his velocity and his command. And the breaking ball can sometimes be a looser, slurvier pitch. He’s a good prospect, but there’s a learning curve before he begins to unlock his potential."