The MLB Rule 4 draft begins tonight at 7:00 pm EDT, and the Mets have the 11th overall pick.

Since Sandy Alderson took the helm as the Mets' general manager following the 2010 season, the team has clearly made an effort to stock its farm system and develop a contending team from within. Throw in the fact that the team made massive payroll cuts in each of the past two seasons, and Mets fans are likely a lot more interested in the draft than they were during the free-spending era that began in the mid-to-late 1990s and ended only after the Mets lost a boatload of money in the Bernie Madoff scandal. Unfortunately, the terrible Jason Bay and Oliver Perez contracts had already been signed by then.

The 2013 Rule 4 draft—also referred to as the "first-year-player draft" or "amateur draft"—begins tonight at 7:00 pm EDT, with the first round and first compensation round. Thanks to their below-average record last year, the Mets have the 11th overall pick. They have four picks in the first three rounds of the draft, which are as follows: 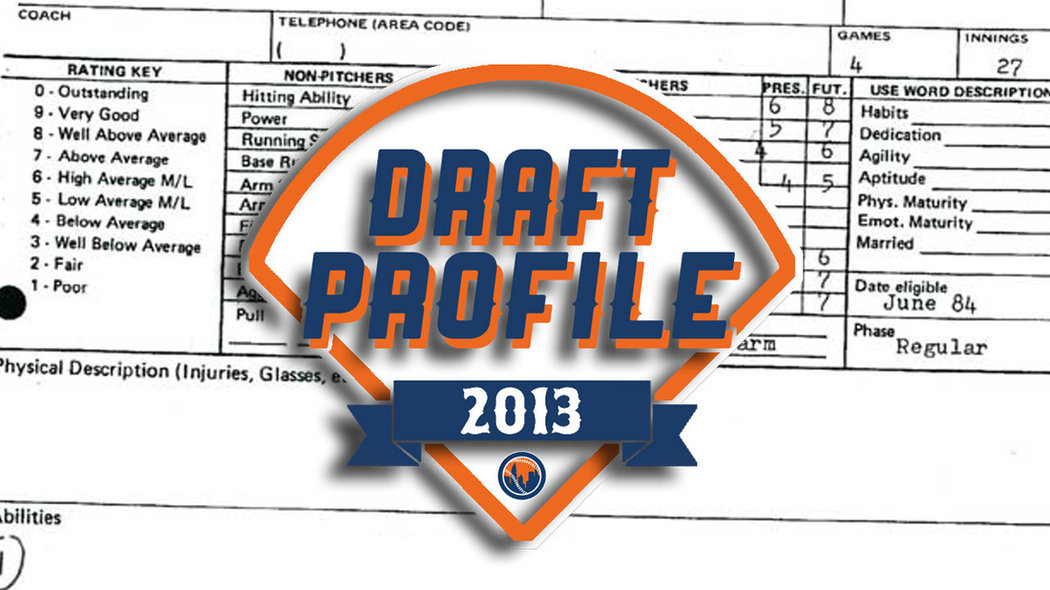 Learn more about all of the names that are in play for the Mets first round selection in the 2013 June draft!

The Mets would have had the 10th pick in the first round if not for the Pirates' failure to sign Mark Appel with the 8th pick is last year's draft. A team that fails to sign a player draft in the first three rounds is awarded a compensatory pick in the following year's draft, just one slot behind where the pick originated. That's exactly how the Mets wound up with the 76th overall pick in this year's draft, as they failed to sign Teddy Stankiewicz after drafting him early last year.

After the third round, the Mets have the tenth pick in each round of the rest of the draft, which can last up to the 40th round. Here's what the Mets have done with their first-round picks since 2001, with the players picked by Sandy Alderson's front office in bold:

This evening's portion of the draft airs on the MLB Network.