This Week In Mets Tweets

Recapping the very best in all things Mets Twitter.

Share All sharing options for: This Week In Mets Tweets

If you havent noticed, Mets VP of Media Relations Jay Horwitz is something of an attention whore:

Went bowling this morning. Gave me back wrong shoes. twitter.com/Jay_HorwitzPR/…

Lifted 135 kilos @jmalonestrength . Need to be strong in press box. Could be a long night, twitter.com/Jay_HorwitzPR/…

To be honest that looks like more of a New York Giants hat. Nice 'stache though.

Doing live shot in the rain 4 @nbcnewyork at Citi Field with the help of @mets PR Guru, @jay_horwitzpr ! twitter.com/BruceBeck4NY/s…

For partaking in Taco Bell's All Star Sunday at Citi, John Franco and Doc Goodenwill get free tacos for a year. twitter.com/Jay_HorwitzPR/…

Wait, can this be true? I don't know whether to feel jealous or sorry for them. In any case, the better question is why must professional athletes get free stuff?

Thanks chipotle for my free burrito's for life card! The best thing ever! I really appreciate it! @chipotletweets twitter.com/Bharper3407/st…

Here's one that I'm actually glad to see. Impart that second base wisdom, Fonzie!

Hang on Scott, help is on the way!

First game since surgery is in the books! 1 inning 0 hits, but baseball games shouldn't start @ 9am!!!#oldpeopletakenaps

Not only is this very good news, it's also the best hashtag I've encountered since joining Twitter. Also, this:

Wow....I just walked past a mirror and realized that I'm damn sexy!

All it takes is a few minutes to realize that the newly-signed David Aardsma is good at Twitter.

Though the tweet was quickly deleted, props to @Collin_McHugh for tweeting the following directly after the final Subway Series game:

"You can call us the NYC Sanitation Dept. because we just SWEPT the yankees from Queens to the Bronx"

Sorry for the late tweet...I was SWEEPING my house. Mets 4 you ZERO!

How in God's name did Frank Viola end up on a Twitter thread with Kate Upton, PGA golfer JB Holmes, and Larry the Cable Guy? I honestly can't figure it out. 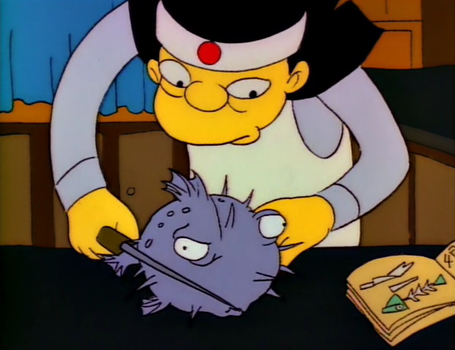 Is the Harlem Shake about to break out? #thesquad #AAA twitter.com/Wheelerpro45/s…

I count exactly...one prospect in that photo.

Game at 630 tonight vs the Thunder.Lets get it!!!! Unreal uniforms. twitter.com/LeatherRocket/…

@LeatherRocket was pretty pumped for the jockey uniforms.

Had to grab that one from last fall.

@leatherrocket actually jack you guys are on "the links". This is a lynx... twitter.com/darin_gorski20…

Apparently Darin Gorski is the annoying grammar police in this system.

Saved this little guys today! Leave me tell you he was a lot heavier than he looked #softshell twitter.com/darin_gorski20…

But he also saved a turtle, so give him a break!

Mets wives went shopping over the weekend and prepared supply bags to send to Moore,OK. twitter.com/Jay_HorwitzPR/…

As always, join in on the fun using the Internet's most comprehensive list of Mets on Twitter!