The 51s had their seven game winning streak snapped last night, losing to Tacoma 9-1. Not much to report in this one. The bats were quiet and the pitching got knocked around. If you haven't already, check out this article about the Mets and their AAA affiliates over the years.

Cesar Puello is a beast. He smacked two more home runs on Thursday--numbers 11 and 12--to raise his triple slash to a ridiculous .320/.397/.602. His second home run provided the go-ahead run and was the difference in the game as the B-Mets won 5-4. The performance from Puello comes on the same day he appeared as the #2 prospect on Baseball America's Hot Sheet, which came out before today's game. Puello now leads the Eastern League in OPS. A promotion is not imminent but he will almost certainly be playing in Vegas at some point in July. Someone who could be joining him in Vegas later this year is Cory Mazzoni, who struck out double digit batters for the second consecutive start. Mazzoni--who was sitting 92-94--has now gone 12.2 IP, 9 H, 4 ER, 4 BB, 20 K in his last two starts. 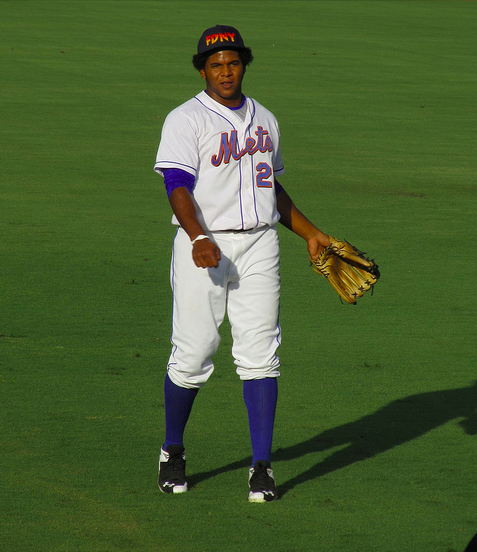 *Copies from yesterday* *pastes* Not much else to say here, except Cesar Puello is playing baseball at a really high level (relatively speaking) right now.