The Mets went back to the college ranks with their fifth-round selection, choosing Jared King, a center fielder from Kansas State. He has a smooth swing that produces plenty of contact, but questions regarding his power production and defense abound.

The Mets got a potential steal in fifth-round outfielder Jared King, who played center for Kansas State this past season. King has been a three-year producer in the Big 12 and had a history of hitting for good contact, two things that appear to be very important to Tommy Tanous and company. 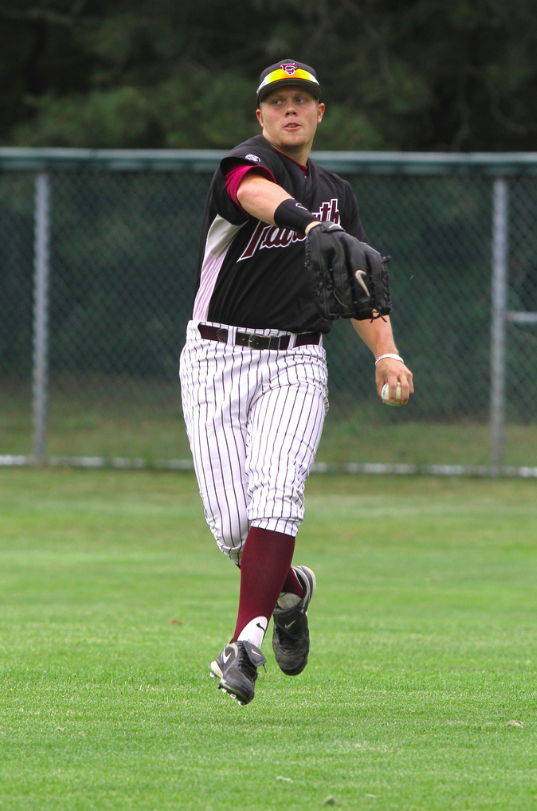 King has a very solid build at 6-foot-1 and 215 pounds, and although none of his tools are better than average, they play up due to great instincts and a hard-nosed style of play that endears him to coaches. At the plate, he has an outstanding approach, patient and refined. He’s also a switch-hitter who duplicates his swing well from both sides, though it looks a touch more natural from the left. Unfortunately, his swing mechanics suggest to me that power is unlikely to come. King has a small hand load and a flat swing, and he really needs to figure out a better way to involve his lower body if he wants to get the most out of good hip rotation. Right now, there is practically no stride--not necessarily a bad thing, but in this case there isn’t much of a weight transfer of any kind--just a rocking back and forth, which acts as a timing mechanism. Otherwise, it’s a solid swing that produces hard contact thanks to his natural strength and an ability to square up on the ball well. I think he is strong enough to develop average power, and he certainly figures to bring solid on-base ability to the table.

Unfortunately, things are not quite so clear cut with regard to his defense. While some scouts point to his instincts as evidence that he might be able to handle center as a professional, the fact of the matter is he’s only average in terms of speed. He could make it, but he’d be stretched and would figure to be below average defensively. Unfortunately, his arm isn’t great either, so right field would not be an option for him, either, leaving him to play left. He could play it well, so that’s a plus, but his offensive ability wouldn’t profile as well there. Lacking the power of a traditional left fielder, King might find himself in more of a fourth outfielder role.

On the basepaths, King again has average speed, but he is a smart baserunner who can pick his spots. Scouts love his work ethic and attitude in the field; he plays all-out and is a quick study.

While I wouldn’t have been pleased if the Mets took someone of King’s limited potential in, say, the second round, he represents an outstanding value in the fifth, and at the very least, he should provide that on-base ability and solid defense in left with the potential to play a little center in a pinch.