Salt Lake City beat up on the 51s, knocking Matt Fox around early in the game. In the bottom of the 2nd, the Bees scored three runs on two doubles, a single, and a walk. Though he managed to navigate out of the inning, and fired off a pair of scoreless innings afterwards, the Bees managed to strike again. In the bottom of the 5th, Fox almost got out of the inning allowing only a single run, but a wild pitch and a walk convinced Wally Backman that Fox was done. Jack Leathersich was brought in in relief, and the lefty allowed a single and a double, scoring two, before getting the final out in the inning. As the 9th inning approached, it was looking more and more like the 51s were going to be shutout. Finally, in the 9th, Las Vegas scored some runs. With one out and a man on, Matt den Dekker hammered a ball to deep right field, hitting his first home run of the 2013 season with Las Vegas. Mike Baxter then got on base after being hit by a pitch, and was knocked in by Wilmer Flores' 32nd double of the season. It was Zach Lutz's turn next, and he kept the rally going with a single to left that drove in another run. Rylan Sandoval hit a single, and Brandon Hicks was hit by a pitch, loading the bases. Unfortunatley, Jamie Hoffmann was not able to keep it going, and the 51s fell to the Bees in morale crushing fashion.

While the Binghamton Mets did not play, there was some Eastern League baseball action last night, as the league held it's annual All-Star Game. The West trampled the East 5-0. The Mets who played in the game, Josh Rodriguez, Cesar Puello, Allan Dykstra, Logan Verrett, and Jeff Walters didn't exactly impress. The hitters went hitless in seven total at-bats, with three strikeouts. Puello did get hit with a pitch, so his ability to take one for the team- any team- is in all-star form. On the pitching side of the ledger, Logan Verrett got lit up in his inning of work, allowing two runs on four hits. He might have allowed more runs had his B-Mets teammate Cesar Puello not thrown out second baseman Jarek Cunningham at home- He's got a cannon of an arm, don't forget. Jeff Walters pitched the East's last inning, and he allowed no hits and no runs, while striking out one.

Hansel Robles looked shaky all night, but the turbo-charged St. Lucie offense had his back, and they pummelled the Stone Crabs into submission. Robles allowed two runs in the bottom of the 1st on a couple of hits and a walk, but St. Lucie got those runs right back in the top of the 2nd. In the 2nd, Dustin Lawley and Kevin Plawecki hit back-to-back doubles, scoring one run, and Matt Reynolds laced a single into left field, scoring another. When Robles allowed a solo home run in the bottom of the 2nd, the offense went back to work, scoring another two runs. In the top of the 3rd, Jayce Boyd hit a double, scoring one run, and Kevin Plawecki stroked a line drive into left field, scoring another. In the 5th, both teams scored, keeping St. Lucie's lead at one run. In the 7th, they finally broke the game opened, scoring four unanswered runs. With bases loaded, Lawley cranked one over the left field fences. A little bit of drama unfolded afterwards, as Stone Crab pitcher Lenny Linsky decided to take his anger out on Kevin Plawecki for giving that home run up, and hit him (he was promptly ejected from the game). No more drama followed, on either side, and both teams combined for only one more hit, a Kyle Johnson single.

John Church had been having a good season with Binghamton. Appearing in 32 games and pitching a total of 36.2 innings, the 26-year-old had a 3.44 ERA, with very strong peripherals- he walked 3.8 batters per nine innings, and struck out 10.1 per nine, for a 3.15 K:BB ratio. Chasen Bradford has also been having a good season. With St. Lucie, he appeared in 30 games and pitched 43.2 innings. He holds a 3.71 ERA, walking 1.9 batters per nine and striking out 8.9 per nine, good for a 4.78 K:BB ratio. Because both relievers have been performing well enough, this looks like the organization wanting to make room for Bradford, to continue his development.

Marcos Camarena and relievers Hunter Carnevale and Paul Sewald shut out the Agusta GreenJackets at Historic Greyson Stadium last night. The Sand Gnats were lucky, though. The 3rd inning run that they did scored, the only run in the game, came on a throwing error by Augusta pitcher Kendry Flores. Flores was dealing all night, and had the error not ocurred, the anemic Sand Gnat offense might not have scored, and we'd have a very different recap right here.

The game was suspended in the bottom of the 4th, and is scheduled to be continued later today.

Kingsport left ten runners on base in their loss to the Danville Braves last night. In addition, four of Danville's seven runs were unearned. So, the Kingsport Mets were neither executing, nor did they have the fundies down. But, that's why they're down there, right? Starter Corey Oswalt pitched well enough, giving up two earned runs through five innings, walking none and striking out four. The offense simply could not muster anything against the Braves' corps of pitchers, and Oswalt was doomed to be tagged with the loss regardless of how he did. Amed Rosario comitted one of three Kingsport errors, an errant throw. The error was his team-leading nineth, in 17 games. 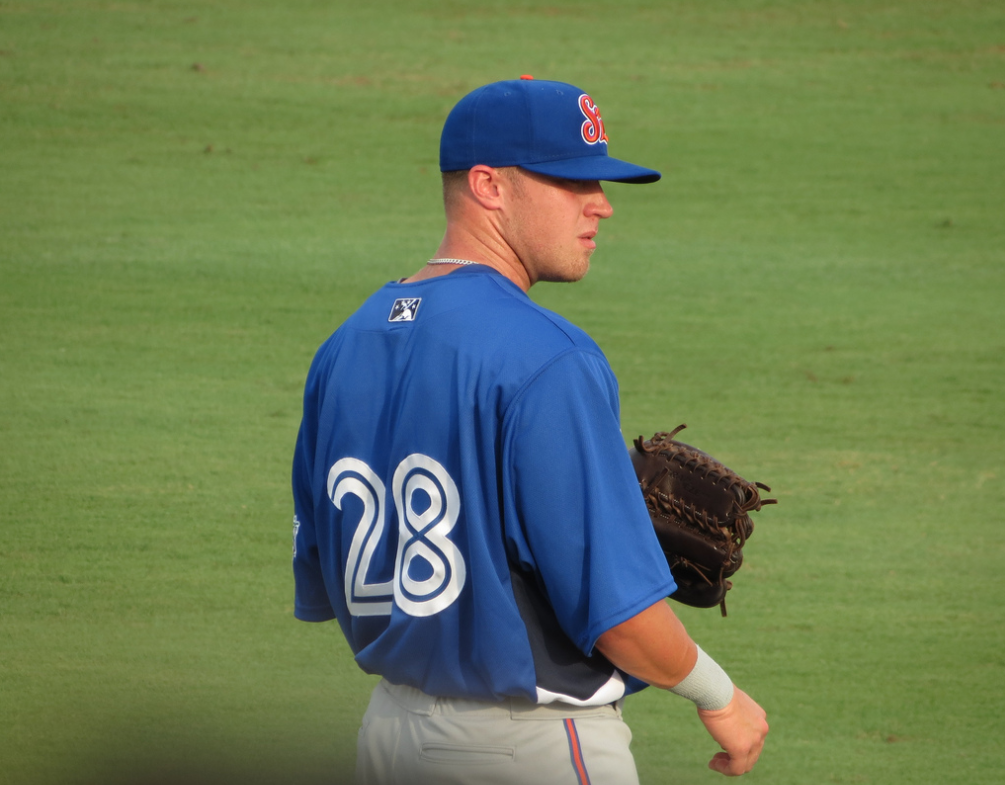 Maybe it's a bit unfair, but I am going to name Logan Verrett the Goat of the Night. It was in the Eastern League All-Star Game, so it doesn't technically count, but Verrett was smacked around for two runs and four hits in one inning.