Share All sharing options for: Mets Daily Farm Report - 7/15/13: The Future Is Now

Citi Field was host to the annual All-Star Futures Game, that saw top prospects born in the United States taking on a team comprised of top prospects born outside the U.S. (because of technical reasons, this includes Puerto Rico as well, which is not outside the U.S.). Noah Syndergaard got the start for the U.S. team., while fellow Mets top prospect Rafael Montero got the start for the World team. Both pitchers looked very good. Both primarily threw fastballs, which sat around 95 MPH. Syndergaard mixed in two curveballs and a slider, while Montero threw two silders. Between the two, only one strikeout was notched, Syndergaard striking out Arismendy Alcantara. 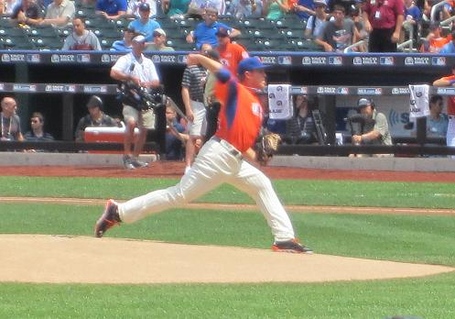 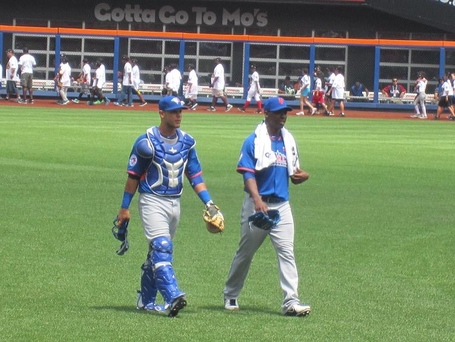 In addition to Syndergaard and Montero, Brandon Nimmo also made an appearance in the game. He was inserted into the game in the top of the 5th, replacing the irreplaceable Joc Pederson in left field. He had two at-bats, and went 0-for-2. On the bright side, he didn't strike out in either at-bat, and made solid contact in both. 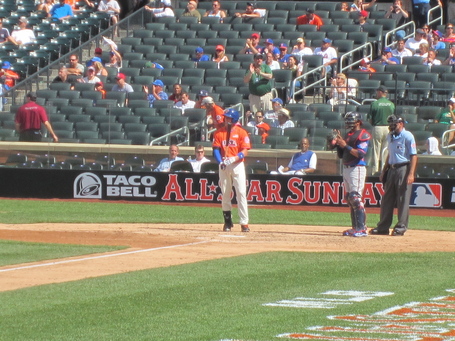 Erik Goeddel earned his eighth win of the season, as he and the bullpen shut out the Portland Sea Dogs for the third time in the series, marking the first time in Binghamton Met history that the B-Mets shut out their opponent three times in one series. Binghamton got on the board first, scoring in the 1st inning on a throwing error by Christian Vazquez.The routine pick-off attempt struck Rhyne Hughes in his helmet, prompting the ball to bounce off into the stands, and Josh Rodriguez to scamper home. In the 3rd, the B-Mets added another run on a Travis Taijeron sac fly that came with the bases loaded. In the 4th, Binghamton scored their final two runs, coming on an Xorge Carrillo line drive that plated Wilfredo Tovar, and an Alonzo Harris line drive to center that was bobbled by outfielder Shannon Wilkerson, allowing Carillo to score. In the 7th, Ryan Fraser replaced Erik Goeddel, who was up to 94 pitches for the afternoon. He pitched a quick inning in the 7th, but ran into trouble when he came back for the 8th. Back-to-back singles and a walk loaded up the bases without a single out being recorded. Pedro Feliciano was brought in to be the fireman, and he put out the fire, striking out his first two batters, and getting a routine flyball to end the inning. Adam Kolarek came in in the 9th, and he, too, ran into a little trouble, allowing a double to open the inning, and walking a batter. He was able to navigate out of the danger, and ended the inning on a high note, striking out his final batter.

Yesterday, the St. Lucie Mets and the Dunedin Blue Jays got to the bottom of the third before rain prompted the game to be suspended, to be resumed today as part of a doubleheader. Dunedin scored a run in the 2nd on a Nick Baligod home run, his first of the year. The Mets got that run right back in the bottom of the inning, when Matt Reynolds went yard for the fourth time in 2013. The pending make-up game from Saturday, that was scheduled to be played yesterday, will be completed on a date in the future to be determined.

On Saturday, the game was played through five innings, before the weather made the playing field unplayable. Steven Matz pitched all five innings for Savannah before the rain suspension, and looked dominant, allowing two hits.and one earned run while striking out eight batters and walking two. The one run that he allowed came in the top of the 2nd, when he allowed one of those two hits and both walks, loading the bases, and then allowed a sac fly. The Sand Gnats evened things back out in the bottom of the 4th, when Stefan Sabol lined a single off of Luis Diaz, who had been cruising up until that point, and scored Maikis De La Cruz, who reached on an error, and stole second base to get himself into scoring position. The conclusion of that game will be determined in Game One of a doubleheader tonight. Game Two will be tonight's regularly scheduled game. A third game, making up the game from last night, will be played in late August, when the Greenville Drive return to Savannah.

The Cyclones jumped out to a 2-0 lead in the 2nd inning, on a Matt Oberste line drive that drove in Jared King and Alex Sanchez. Raphael Rhymes, the right fielder, botched the play, so Oberste tried for second, but he was ultimately gunned being greedy. In the 6th, the Cyclones loaded up the bases and got another two runs out of it. The first run came when Tigers shortstop Curt Powell comitted a throwing error trying to throw Alex Sanchez out, allowing Ismael Tijerina to score, and the second was driven in when Oberste hit a fielder's choice that drove L.J. Mazzilli in. Despite all of that work, it was all erased in one inning, a four-run bottom of the 6th. John Gant had been cruising until that point, too, scattering five hits and walking one while striking out eight. In the 8th, the Tigers scored a pair of runs, putting the Cyclones in a deficit for the first time all afternoon. The Cyclones were unable to get themselves out of that predicament, evening the series between the two clubs to one win and one loss apiece.

Kingsport inched closer to the .500 mark with their win over the Burlington Royals. Kingsport got on the board first, scoring a run in the 2nd when Joe Tuschak hit his first home run of the season. The Royals got that run back in the 4th, when Burlington's right fielder, Alex Newman, went yard for the first time in 2013 himself. Perhaps realizing that such a tit-for-tat game would get neither team anywhere, Kingsport put up a five spot in the 5th. Yeixon Ruiz hit a double that scored two runs, Victor Cruzado drove in one, and a fielding error by left fielder Jerrell Allen allowed two more to score. Burlington didn't go down without a fight, though. They chipped away at the lead, scoring a run in the 7th, and two more in the 8th. In the 9th, Robert Coles was brought in, and the Florida State alum was successful, notching his 3rd save of the year. 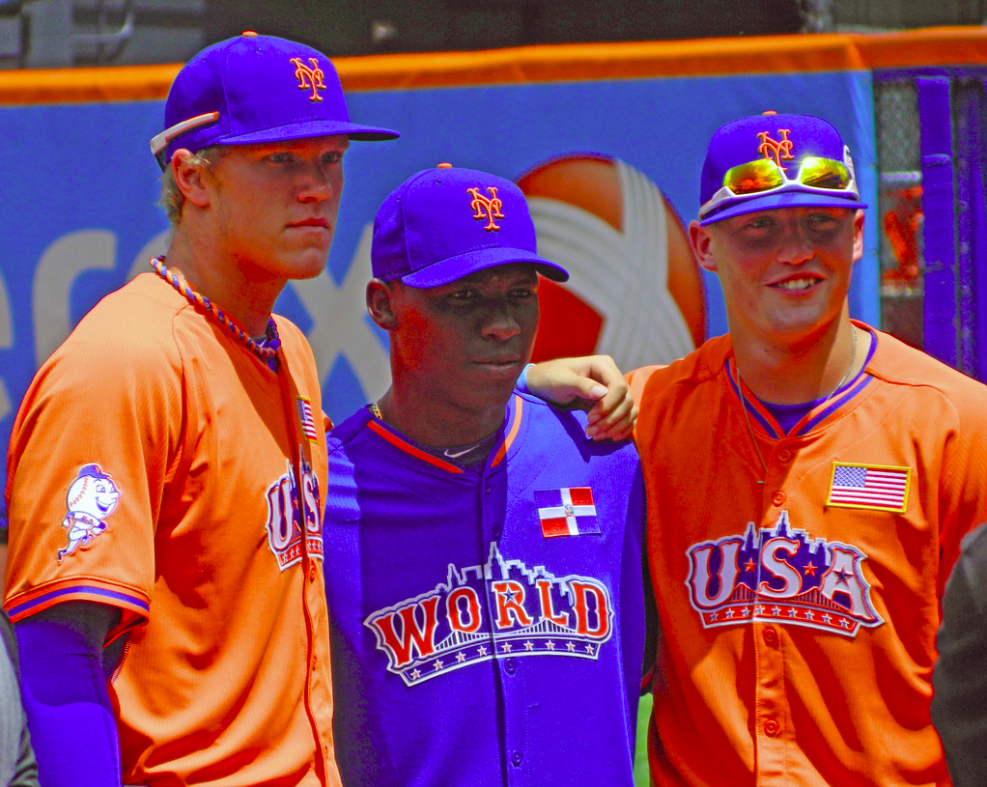 There were a few impressive performances, such as John Gant's 9 strikeouts in 5.2 innings, L.J. Mazzilli going 3-for-4, and Victor Cruzado going 3-for-5. But I am going to have to award the Star of the Night to Noah Syndergaard and Rafael Montero, the Mets' top pitching prospects, and starting pitchers of the Futures Game.