The Mets won't be signing Robinson Cano this winter, but the middle tier of free agency might provide some significant upgrades to the team's roster.

Share All sharing options for: Finding the mid-tier free agents the Mets might seek after the season

During his interview on WFAN before the All-Star Game, Mets general manager Sandy Alderson said the team would like to sign players from the middle tier of free agency this winter. With the Mets’ guaranteed payroll for 2014 sitting at just $33 million, there’s no guarantee that the team will spend a significant amount of money on players. But assuming the big names—Robinson Cano and Jacoby Ellsbury are probably the only two—are off the board, there are still a handful of players who would, at the very least, make the Mets a better team next year.

The team undoubtedly plans to use David Wright at third base for the foreseeable future. Travis d’Arnaud is likely penciled in as the team’s starting catcher next year, too, so long as things go reasonably well for him once he returns from his broken foot. The Mets could look to acquire players at every other position, though, with first base, second base, shortstop, and all three outfield spots in question. Sandy Alderson certainly didn’t endorse Ike Davis or Ruben Tejada in his interview, which was perfectly reasonable given their struggles over the past couple of years.

Let’s take a look at the position players who will probably fall into the middle tier of free agency and might appeal to the Mets.

Corey Hart: The Brewers planned to use Hart at first base this year, but he missed the first few months of the season and won’t be back anytime this year. He’ll turn 32 before the 2014 season starts, but he hit .279/.343/.514 with a 128 OPS+ from 2010 through 2012 and averaged 29 home runs per year. Like many right-handed hitters, he’s been better against left-handed pitching, but he hasn’t been a slouch against same-handed pitchers, either. Sandy Alderson’s Mets have not hesitated to sign players coming off injuries, and Hart’s stock figures to be lower after missing all of this year.

Mike Napoli: Originally signed to a multi-year deal by the Red Sox, Napoli wound up on a one-year, $7 million deal with Boston instead after the team expressed major concern over the condition of his hip. Before this year, he was primarily a catcher, but Boston has used him exclusively at first base and as a designated hitter. He has a decent .344 wOBA and 113 wRC+ this year, and like Hart, he gets on base at a decent clip, hits for power, and will soon turn 32 years old.

Kendrys Morales: Perhaps known best for breaking his ankle during a home run celebration, Morales has quietly been a pretty good hitter out on the west coast. Neither his on-base nor power skill is elite, but he’s good enough in both departments that he’d very likely be a big upgrade over Ike Davis. 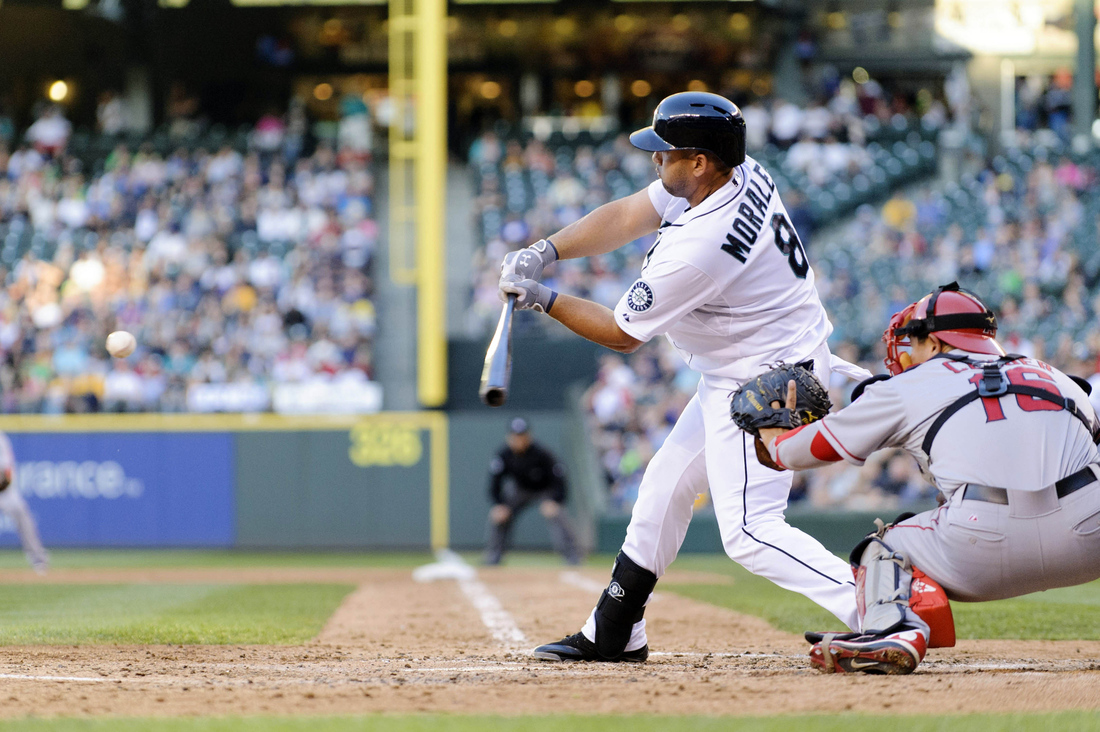 Rounding out the group are Justin Morneau and Paul Konerko, both of whom aren’t hitting nearly as well this year as they did in the past. Konerko has a more recent string of success, but he’ll be in his age-38 season next year. Morneau has been a shell of his former self over the last three years and turns 33 before next season begins.

There’s not a ton here, with Omar Infante and Kelly Johnson the only two names that might be desirable in this range of free agency. Cano is obviously not part of the Mets’ offseason plan, and it’s hard to imagine the Phillies would let the Mets outbid them for Chase Utley, even at the age of 36. If the Mets aren’t able to package Daniel Murphy in a trade, they’ll probably keep him since the alternatives aren’t all that different from him.

Jhonny Peralta: He’ll be 32 next year, but the defensive metrics have rated him very well at short. He’s been up and down a bit as a hitter, but there’s no doubt he has power, particularly compared to many of his peers at the position. He’s currently finishing up a three-year, $18 million contract with the Tigers that looks like a relative bargain.

Stephen Drew: Alderson and Mike Francesa spent a lot of time talking about the Red Sox’ moderate acquisitions last winter, and Drew was another one of them. He’s three years removed from his best season with the Diamondbacks, and he’s struggled to get on base and stay healthy ever since.

Carlos Beltran: It goes without saying that a Beltran return to the Mets would be great. He’s been excellent since 2011, the year he was traded for Zack Wheeler, and hasn’t been on the disabled list since hurting his wrist with the Giants shortly after the trade. The only thing that might screw this potential reunion up—aside from his history with the Mets, of course—is if the Cardinals give him a qualifying offer for next year. With their crop of talented young players and Beltran turning 37 soon, let’s just hope that doesn’t happen. Come back, Carlos.

Shin-Soo Choo: As one of the biggest names on the market, Choo might not really be a mid-tier free agent. He’ll soon be 31, he gets on base at a great clip, and he’s got some pop in his bat. He’s a corner outfielder, but the Reds are rolling him out in center field on an everyday basis. DRS and UZR/150 say that’s been a really bad experiment, but he seemed to be just fine in the corners when he was with the Indians. 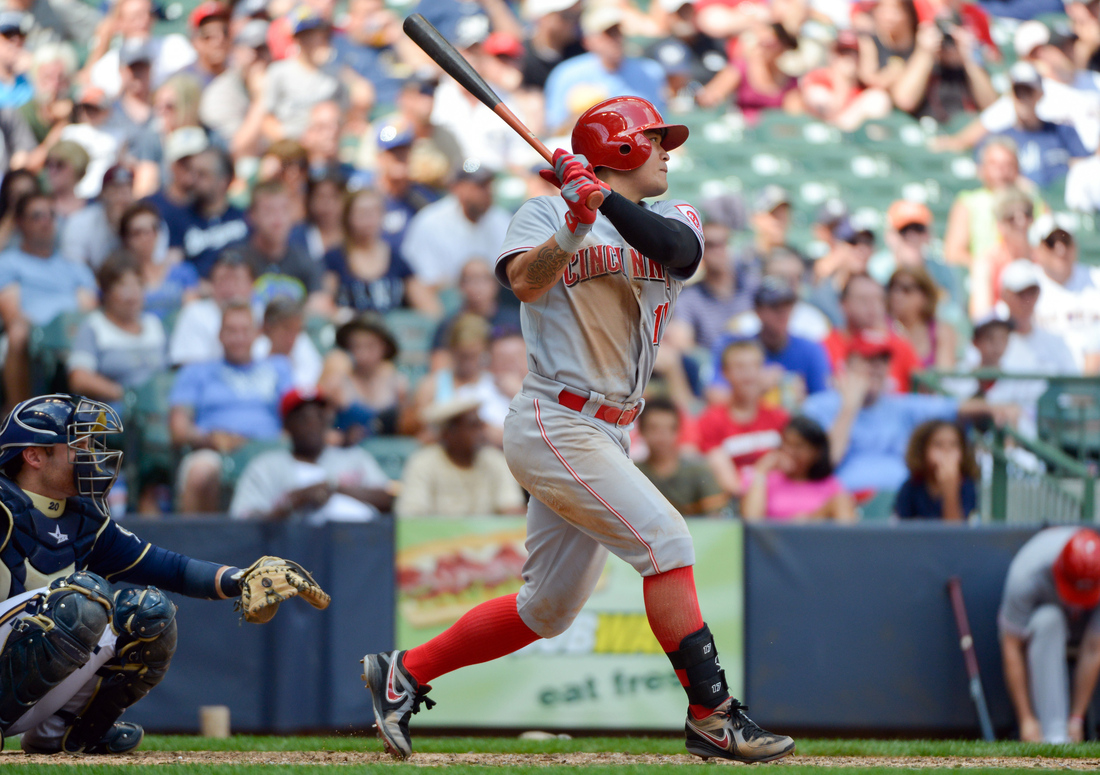 Curtis Granderson: He'll be 33, and his on-base percentage and defense in center have plummeted with the Yankees. His power, however, has been exceptional. He, too, could get a rich deal this winter, but if his stock is low after missing much of this year with injuries, perhaps he falls into the Mets' budget.

David Murphy: If the Mets keep Daniel Murphy, they can double down on the last name with another left-handed hitter. This Murphy has been terrible this year, but he’s generally been a good hitter against right-handed pitching. The defensive metrics like him in the corners, too. He’ll be 32 next year.

Hunter Pence: WAR says Hunter Pence is pretty decent at baseball. Let’s hope the Giants overpay him to stick around in San Francisco, just to avoid weeks of Pence speculation this winter or, worse yet, years of Pence wearing a Mets uniform.