The 51s put up 4 in the sixth and 3 in the 7th to support Giancarlo Alvarado--who allowed just one run over six innings--as Vegas beat Reno, 7-2.

It took 13 innings but Savannah finally won after Eudy Pina mercifully tripled in the go-ahead run.

Two hits was all the Cyclones could muster in this one as they were downed 2-0. 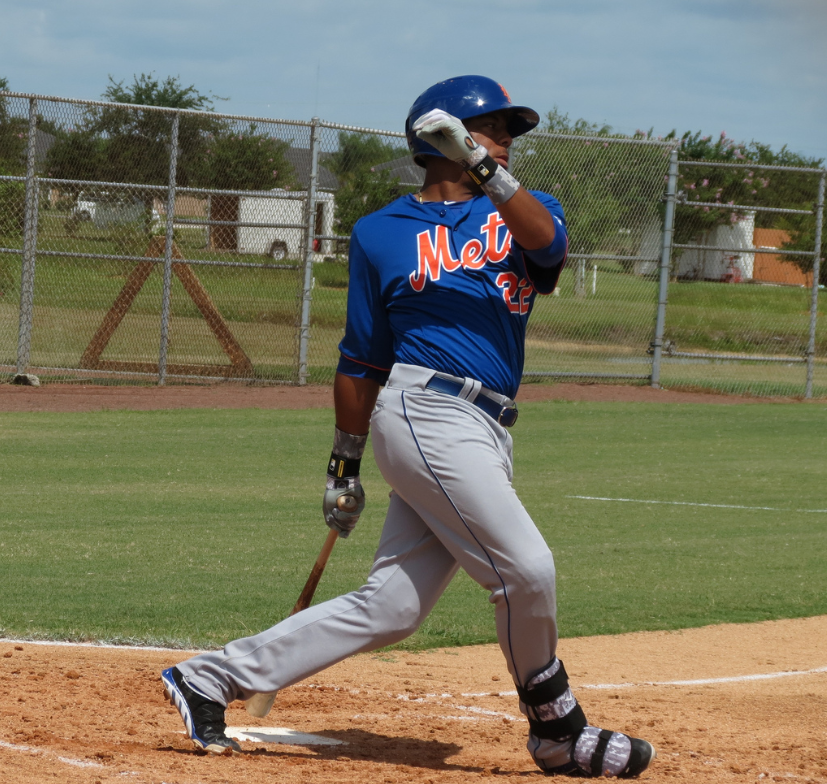 Dominic Smith was the Mets' first round pick this year and will be prominently featured on next year's top 50 (PHOTO CREDIT: Bryan Green)

With a single, double, and two walks, Dominic Smith gets the star.

It's real tempting to go with Brandon Nimmo but instead I'll go with the entire Brooklyn Cyclones lineup. Woof. Gavin Cecchini can't come back soon enough--at least it will give us something to get excited about