The Mets beat up on the Nationals on Friday afternoon as Jenrry Mejia looked fantastic in his season debut.

Jenrry Mejia, donning number 58 and sporting an awesome Pedro Martinez style afro, stepped to the mound at Nationals Park this afternoon looking to reestablish himself in the Mets' organization. As we all remember, Mejia was once upon a time the golden child of the Mets' farm system. He was the Matt Harvey. He was the Zack Wheeler. He was the Noah Syndergaard. And suddenly, he wasn't. Jerry Manuel, trying to save his job, successfully lobbied for Mejia to pitch in the 2010 Mets bullpen and then didn't use him. Mejia's 2010 was lost to the bullpen and then his 2011 and 2012 were lost to Tommy John surgery. Most of his 2013 was lost too until he started pitching today. 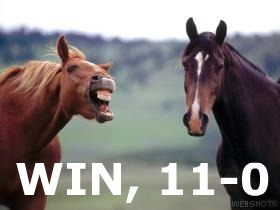 The Mets beat up on the Nats 11-0 behind Mejia's excellent start and Daniel Murphy's two home runs. It was a fun win and easily one of their best of the season. Murphy got them started early, cracking a long solo home run in the first off of the facing of the right field stands, and then he launched his second bomb in the third, down the right field line. Both came off of Jordan Zimmermann, who piled up a bunch of strikeouts early on but was just okay. Murphy went 4-5 with the two home runs and he also knocked in 5 of the 11 runs.

There were a lot of great performances on this day but the best and most surprising of them is Mejia's. He showed four pitches: his fastball, a slider, a curveball, and a changeup, all of them outstanding. The slider, a new pitch for him, was dominating, as Mejia racked up 11 swings and misses on the pitch. His command was also fine, as he walked none and kept his pitch count low all the way through the game. In all, Mejia allowed just 7 singles, while striking 7 batters over 7 innings. It was undoubtedly the best game Mejia has thrown as a big leaguer.

It wasn't only Murphy and Mejia who had big days for the Mets. Juan Lagares only hit leadoff because it was determined before the game that Eric Young Jr couldn't go. Well, Lagares took advantage of his slot at the top of the lineup as he went 3-4 with two doubles, a walk, and two steals. Lagares continues to hit and play great defense in center field and now it looks like he'll be in line for more regular at bats, according to Terry Collins after the game.

Up 5-0, the Mets piled on six runs in the ninth against Ryan Mattheus and Drew Storen. The big blow? A three-run home run off of Storen from Ike Davis to cap off the scoring. Yes, you read that right. It was his first home run since his return from Las Vegas. It's only one but here's hoping that it's a sign of things to come. 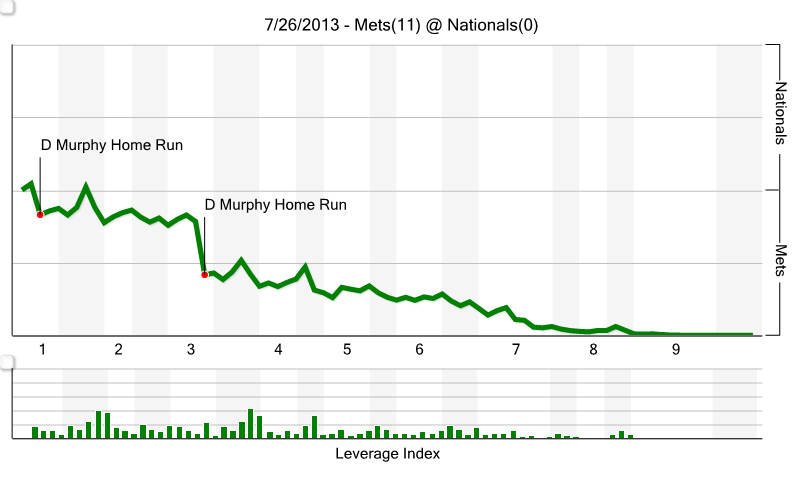