ESPN teased baseball fans this morning with a picture of Harvey getting ready for his magazine photo shoot.

The ESPN the Magazine Body Issue doesn't come out for another week, but that didn't stop the sports media giant from teasing a picture of a too-cool-for-school Matt Harvey getting ready to bare it all.

.@Mets @MattHarvey33, ready for his close-up. Retweet if your'e excited to see #ESPNBody 2013 one week from today. pic.twitter.com/xt7ARE8uzG

That look is enough to make anyone swoon.

I'm happy for him, but he looks a little too much like he's done this before. Someone has a career after baseball planned! Let's hope, though, that it's a long time before Harvey goes full-time with the modeling.

In the meantime, the image released by ESPN is just begging to be made into one of those popular memes that the kids are so into these days. Check out my initial (lame) attempt below, and light up the comments section with your own submissions! 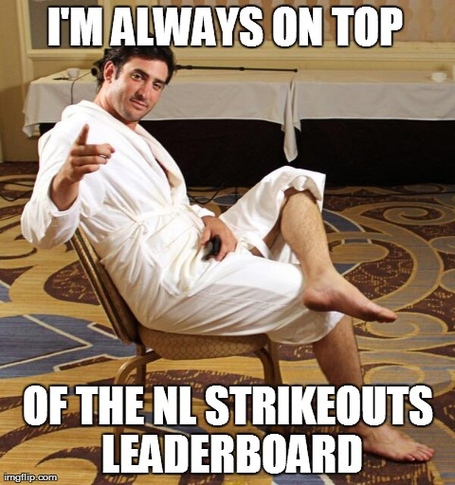 You can make your own here or here.