Rafael Montero pitched admirably, but the 51s fell to the Nashville Sounds in an eight-inning rain-shortened game. Nashville scored the game's first run, in the 3rd, and tacked on another in the 6th, while Johnny Hellweg held Las Vegas scoreless inning after inning, despite working around danger nearly every inning. In the 8th, the Las Vegas bats finally came alive enough to push a run across the plate, in the bottom of the inning. Pinch-hitter Kirk Nieuwenhuis hit a fly ball into center with two outs that scored Zach Lutz. The Sounds would get that run right back, though, scoring a run off of Armando Rodriguez in the bottom of the inning. The game ended before the 9th inning could be played, so who knows whether or not the 51s would have been able to come back and win it or not- I would like to imagine they would have.

The B-Mets scored a run in the 1st when Altoona catcher Carlos Paulino lost a ball that walked Allan Dykstra, allowing Danny Muno to scamper home. That run proved the difference in the game, as both teams scored two runs each in the 6th inning, and nothing for the rest of the game. Mark Cohoon was his normal self, but he and the defense behind him limited the damage the Curve could inflict. In the top of the 6th, Wilfredo Tovar hit a triple, driving in a run, and Blake Forsythe doubled, driving in a run. The 3-0 lead wouldn't last long, as Cahoon put two men on base, and his replacement, Ryan Fraser, let both runners score. Fraser was otherwise on point in the 7th, Chase Huchingson threw a lock-down 8th, and Jeff Walters pitched a perfect 9th, saving his 30th game of the season.

Do they have subways in Florida? Regardless, the Tampa Yankees got the best of the St. Lucie Mets despite ‘decent' Domingo Tapia showing up to pitch (as opposed to ‘terrible' Tapia). Tampa scored three in the 1st inning, and that set the mood for the rest of the game. To his credit, after the three-run 1st, Tapia settled down, putting up zeroes until the 5th, when he allowed another run. Baby steps. Rafael De Paula and the Yankee bullpen stymied the offense. St. Lucie scored one run, a Kevin Plawecki RBI-single, and managed only four hits the entire ballgame.

At times in the second half, the Savannah offense has been fairly anemic. Last night was not one of those nights, as the Sand Gnats managed to score nine runs against the Tourists. Ashville initially jumped out to a big lead, tagging Luis Cessa for four runs (three earned) in the first two innings. The Sand Gnats scored a few runs in the first half of the game, keeping the score respectable. Finally, in the 8th inning, they scored four runs, most of them coming on a Cole Frenzel double with bases loaded. In the 9th, they tacked on a pair of insurance runs, but they proved unnecessary, as Paul Sewald threw a scoreless 9th, just like he did in the 8th.

The Cyclones fall back below .500 once again, shut out by the Williamsport Crosscutters. Williamsport starter Drew Anderson held Brooklyn to two hits and no runs for six strong innings. Mark Meadors and Tyler Buckley, who took the ball in the game's later innings, allowed one hit between the two of them, and completed the shutout. Seth Lugo, who started for Brooklyn, allowed plenty of hits, but the defense was able to come up big behind him and limit the damage. Striking out nine in five innings also probably helped. He allowed only one run, in the 4th inning. Because of the offensive woes of the night, he went home the hard luck loser despite pitching an otherwise solid game.

Elizabethton scored first, then they scored again, and then again, and then again. Kingsport just had no answer until the 7th inning, when Twins first baseman Rory Rhodes made a fielding error on a routine play, allowing Yeixon Ruiz to reach base and Pedro Perez to score. Suffice to say, neither offense nor pitching was particularly good last night. Starter Persio Reyes allowed three runs and an unearned run, and his replacement, Edioglis Villasmil, allowed three of his own. The offense was able to manage seven hits, but was only able to push one run across the plate.

Early on in this game, there was nothing much going on. Cardinals first round draft pick Rob Kaminsky was putting up zero after zero, as was Mets starter Octavio Acosta. Finally, in the bottom of the 5th, the GCL Mets scored a run. Vicente Lupo walked, and though he was dead-to-rights on his stolen base attempt, GCL Cardinal second baseman Malik Collymore bobbled the pick-off throw from Dewen Perez, allowing Luto to make it to second safely. Branden Kaupe singled to centerfield, and Lupo was able to scurry all the way home. In the 7th inning, Casey Meisner relieved Octavio Acosta. He navigated around a two-out single in the 7th, but was unable to work a clean 8th, and the Cardinals tied the game as a result. The GCL Mets were unable to score in the bottom of the inning, so the game went into the 9th inning tied. Meisner stayed in the game, and pitched a clean inning- he allowed a single, but picked off the base runner. The rehabbing Travis d'Arnaud started things out in the bottom of the inning with a lead off double. After Dominic Smith was hit by a pitch, Wuilmer Becerra laid down a bunt that moved both runners over. Jhoan Urena was intentionally walked to load the bases, to set up the double play and ensure an out anywhere. The plan almost worked, as Ivan Wilson hit a ground ball to short. Leon Canelon, pinch running for d'Arnaud, was thrown out at the plate, but the speedy Wilson was able to leg it out to first, ensuring that the GCL Cardinals would only get one out, and that bases would still be loaded. Up came Vicente Lupo, looking to be the hero. In the 9th inning, with bases loaded and two outs, he...got plunked. Anti-climactic, but a win is a win. He'll be able to ice down that bruise with a nice rib-eye steak. 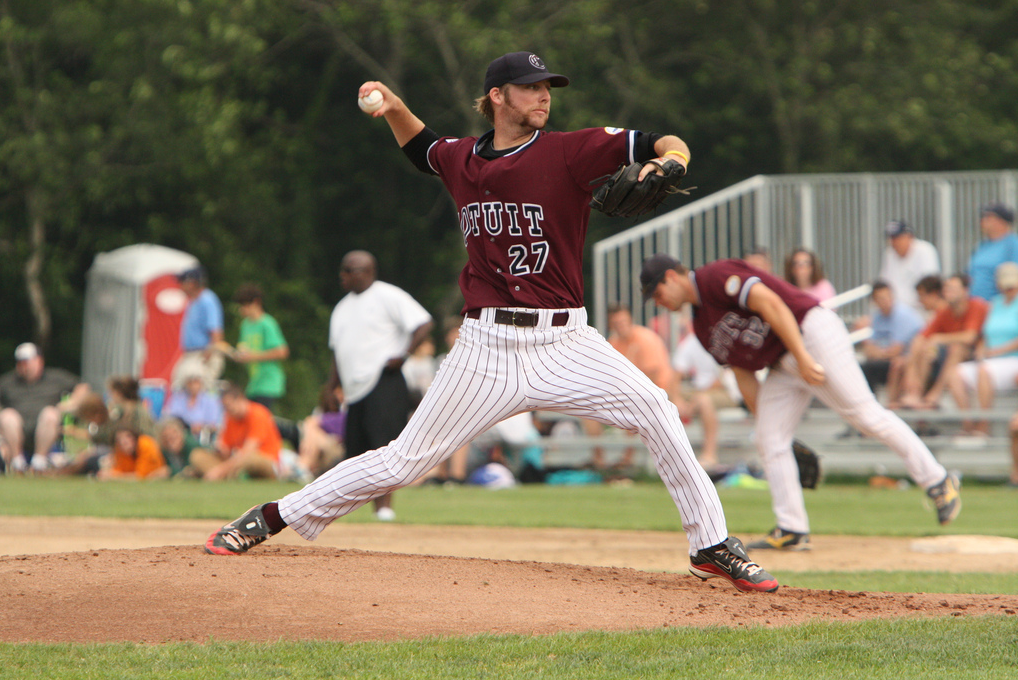 I'm going to go a little out of the box, and pick Jeff Walters as the Star of the Night, in honor of his 30th save. At 25, he's a little old for the league, and does have a pretty generic name, but I think he's flying under the radar here, and might be a contributor to the big league bullpen in another year or so.

Dustin Lawley had a night at the plate I'm sure he would like to forget. Sure, he walked, but one more strikeout, and he would have had the dreaded platimum sombrero- and it's very likely he would have wiffed one more time, given his strikeout rate.