The the opressive 110 degree heat of the Mojave, the 51s beat Fresno once more, but scored ten less runs this time around. Las Vegas needed only two runs to triumph over the Grizzlies, as Giancarlo Alvarado, Jack Leathersich, and the rest of the bullpen shut Fresno out. Yusmeiro Petit allowed two solo homers by Ike Davis and Jamie Hoffmann, and that would be it for scoring for both teams.

Cory Mazzoni was able to limit the damage here and there, but he clearly did not have his best stuff, almost allowing double digit hits along with three walks. Binghamton scored the games first runs in the bottom of the 1st on an Allan Dykstra, but Mazzoni immediatley gave a run back in the top of the 2nd, allowing four consecutive singles. To his credit, he did work out of that bases loaded jam and prevented any other runs from scoring. In the 5th, he allowed a chain of singles once again. This time, he allowed three singles and a walk, causing two Altoona runs to come home, giving the Curve a 3-2 lead. The B-Mets tied it up in the bottom of the 6th on a Travis Taijeron RBI double. In the top of the 7th, Mazzoni walked two batters and allowed another single, loading the bases up with no outs. This time, he wasn't allowed to try to work out of the jam himself, and Adam Kolarek was brought in to put the fire out. That didn't exactly work out as planned. Kolarek walked in a run, had another to score on a force out, and had a third score when Danny Muno comitted a throwing error. They couldn't get anything going in the last few innings, and lost their 30th game of the season.

Domingo Tapia and Jose Urena locked horns in an excellent pitching duel that evetally saw St. Lucie score a run in the 9th inning and win the whole thing. Tapia wasn't exactly sharp, as he walked four batters, but he he and the defense behind him were able to navigate out of danger and prevent runs from scoring inning after inning. Unfortunatley for St. Lucie, the Hammerheads were just as adroit, with their pitchers limiting the Mets' offense as well. St. Lucie's lone run in the 9th when Jupiter Austin Nola comitted a throwing error with two outs that allowed Matt Reynolds to score. A rehabbing Tim Byrdak came in, shut the Hammerheads down in the 9th, and recorded his second save.

The Crawdads jumped out to an early 1-0 lead in the 1st inning, but Marcos Camarena settled down and did not allow any other runs for the course of his outing. The bullpen took a cue from him, and neither did Julian Hilario, Paul Sewald, or Beck Wheeler in the innings they pitched. The Sand Gnats offense scored two of their own in the 2nd inning to put them up by a run, and then an additional insurance run in the 5th that sealed the deal. With the victory, Savannah avoided the dreaded sweep.

It took ten innings, but Brooklyn won one back against their cross-boro rivals. The victory would be better if it didn't come with the caveat that 2012 first-round draft pick Gavin Cecchini sustained an sprain in his left ankle. He left the game, and was seen icing it, so we'll have more information on this development when it becomes availible. Both starters were effective, and shut out their respective opponents for most of the game. The only run Staten Island scored came in the top of the 7th, when Juan Carlos Gamboa threw the ball away trying to complete a double play. That unearned run, tied the game, as Brooklyn scored a run of their own in the bottom of the 6th. After a few more scoreless innings, the Cyclones broke through in the bottom of the 10th. With bases loaded, Matt Oberste hit a flyball far enough to score the runner on third. 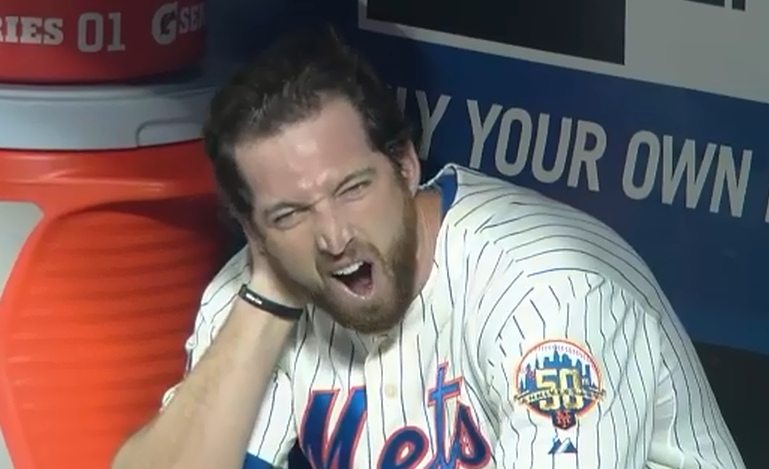 Ike Davis went 3-4, and hit his second home run in two days. The PCL air certainly is helping, but Davis' approach at baseball in general seems to have changed for the better, as he has been walking just as much as he has been striking out, with a 17:18 BB:K ratio.