The 51s lost to Tucson, but they played to the end, and that's really all we can ask, right? The Padres got on the board first, scoring a pair of runs in the bottom of the 2nd, but a Brian Bixler ground out double play with bases loaded promptly cut that deficit in half in the top of the 3rd. In the bottom of the 6th, Tucson once again scored a run and increased their lead to 2, but like clockwork, in the top of the next inning, Las Vegas scored. This time, the 51s scored two, on Wilmer Flores' 30th double of the season. They might have even scored more if Zach Lutz hadn't been called out on strikes on what he thought was a questionable call- he argued and got tossed from the game, as did manager Wally Backman. With the score tied 3-3 in the 7th inning, the Padres played a little smallball, and got the run across the plate- a double, sac bunt, and sac fly. Playing behind once again, Las Vegas couldn't muster up any of that magic that kept them in the game; only one batter, Rylan Sandoval, actually hit the ball out of the infield, while everyone else either kept the ball in the infield, or wiffed.

Though Allan Dykstra and Travis Taijeron both went deep, and Binghamton scored five runs, they were knocked around by the Fisher Cats. Considerably. One night after frying the Fisher Cats in a blowout of their own, New Hampshire got revenge by making B-Mets pitchers look absolutely foolish. Starter Erik Goeddel allowed seven earned runs in less than five innings of work. His replacement, Ryan Fraser, allowed six earned runs in less than two innings of work. His replacement, Adam Kolarek, allowed three earned runs in less than one inning of work. Pedro Feliciano, who came in the bottom of the 8th, was the only Binghamton pitcher to not allow a run. The loss was Binghamton's largest margin of defeat since April 26th, 2012, when they lost 16-3 to the...Fisher Cats!

After making two rehab starts down in the Gulf Coast league, Michael Fulmer made his first "real" start of the 2013 season. The right-hander went five innings, allowing three earned runs, five hits, two walks, five strikeouts. He could have been better, but all things considered, I'll take it; it's a great building off point. He got tagged with a hard luck loss, as Fort Myers starter Matthew Summers was filthy dominant, throwing a complete game shutout. Jayce Boyd and Dustin Lawley were the only Mets to record hits, with Boyd's single coming in the 1st and Lawley's in the 7th.

The Sand Gnats got out a quick 3-0 with an eventful 1st inning, but the team was not able to hang onto the lead, and found themselves the losers of the contest when everything was said and done. Maikis De La Cruz drove in two in the 1st with a triple, and was driven in himself by Stefan Sabol, so before starter Jake Kuebler even took the mound, he had a nice, padded lead. Things went well at first- over his first two innings, Kuebler recorded four groundball outs and two flyballs, allowing no baserunners. In the 3rd, he allowed a walk that eventually came around to score, but in the top of the 4th, Kyle Johnson worked a walk with bases loaded, putting Savannah up by three runs once more. In the bottom of the inning, Kuebler fell apart, allowing four earned runs on three doubles, a single, and a walk. He navigated out of the inning, but at 78 pitches in four innings, his night was done. Julian Hilario pitched three scoreless innings in relief, and Estarlin Morel added one of his own, but the Sand Gnats offense was unable to capitalize on any opportunities they got- and they had a few. The most frustrating missed scoring opportunity came in the 6th, when the Sand Gnats hit into effectivley was a triple play; Chad Zurcher lined into a double play, and Phillip Evans was doubled off after getting on base via HBP

On the strength of a mostly strong outing by Miller Diaz and the successful effort of a committee of relievers, Brooklyn shutout the Lowell Spinners and won their eighth game of the young season. Brooklyn got on the scoreboard first, scoring twice in the 4th inning. With men on first and second, Alex Sanchez hit a single that scored Juan Carlos Gamboa and a throwing error during the play allowed L.J. Mazzilli to advance to third base. The next batter, Jorge Rivero singled, driving Mazzilli in. The Cyclones scored again in the 8th, on a classic Jose Reyes run: Patrick Biondi walked, stole a base, was bunted to third, and driving in on a sac fly.

Kingsport got on the board first, scoring two runs in the 1st inning on an Amed Rosario triple and a Victor Cruzado. The Mets had the chance to tack on more runs, as the next two batters walked and singled, but Greeneville starter Enderson Franco settled down and retired the next three batters to end the threat. Kingsport scored an additional run in the 6th, on a throwing error by Astros third baseman Darwin Rivera. Relievers Alberto Baldonado and Ricardo Jacquez pitched the final inning plus and held Greeneville hitless, completing the bullpen-assisted "complete game shutout".

This game made up the game from July 3rd that was postponed because of rain. Like in game one, Kingsport got on the board first, scoring three runs in the 1st inning. With bases loaded, Joe Tuschak hit a single that drove in a run, and one Richie Rodriguez strikeout later, Astros shortstop Juan Santana made a fielding error that enabled two men to score. Greeneville got out of their scorelss rut in the 2nd inning on a home run by first baseman Chase McDonald, but Kingsport came right back and hit one of their own, a Victor Cruzado solo shot, that put them back up by three. Robert Coles took the ball from starter Chris Flexen, and like game one, locked down the victory, and the sweep. 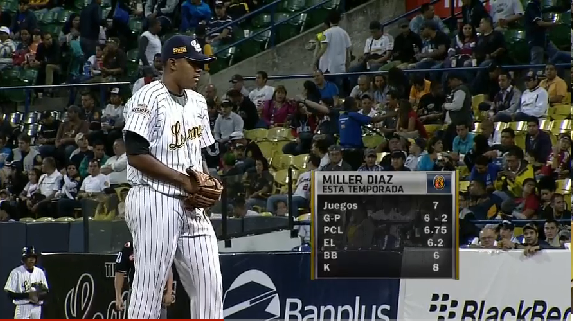 There weren’t many standout performances, so the Star of the Night will have to be someone whose accomplishments might seem run of the mill. Miller Diaz lasted only five innings for Brooklyn, but he limited Lowell to no runs and only two hits. He walked three, yes, but those free passes are mitigated by his eight strikeouts. The young Venezuelan seems to be maintaining his K/9 rate just north of nine, but his high BB/9 rate just south of 4 remains.

Unlike the Star of the Night, there were too many candidates for the Goat of the Night dishonors. Every Binghamton starter with the exception of Pedro Feliciano stunk. In a case where the hardest part is figuring out which brand of stink is the smelliest, why bother? Erik Goeddel, Ryan Fraser, and Adam Kolarek can fight about it amongst themselves.