Charting A Path To The Cy Young Award: R.A. Dickey and Matt Harvey

Matt Harvey is having a phenomenal season, but how often do two pitchers on the same team win the Cy Young Award in back-to-back years?

Share All sharing options for: Charting A Path To The Cy Young Award: R.A. Dickey and Matt Harvey

R.A. Dickey took us on an amazing ride last year. Though we all knew he was an excellent pitcher based on his 2010 and 2011 seasons, he raised the bar and performed at a level the Mets hadn't seen since Johan Santana in 2008 or Pedro Martinez in 2005.

A solid start was momentarily derailed on a cool, soggy night in Atlanta, but once the ship righted itself, boy, did it ever. A string of strong starts afterwards morphed into an extremely dominant stretch in the early summer that culminated in consecutive one-hitters, making R.A. the first pitcher to do so in the National League since Jim Tobin in 1944 and the third pitcher in MLB history to have thrown consecutive one-hitters while striking out 12 or more batters, along with Hall of Famers Nolan Ryan and Sandy Koufax.

Along the way, Dickey set the Mets' franchise record for most consecutive scoreless innings pitched at 32.2, set a career high in strikeouts with 13, and was National League Starting Pitcher of the Month. His fairy tale season ended on a high note, winning the National League Cy Young Award, the first Met player to do so since Dwight Gooden won it in 1985, and the first knuckleball pitcher to ever win the prestigious award. 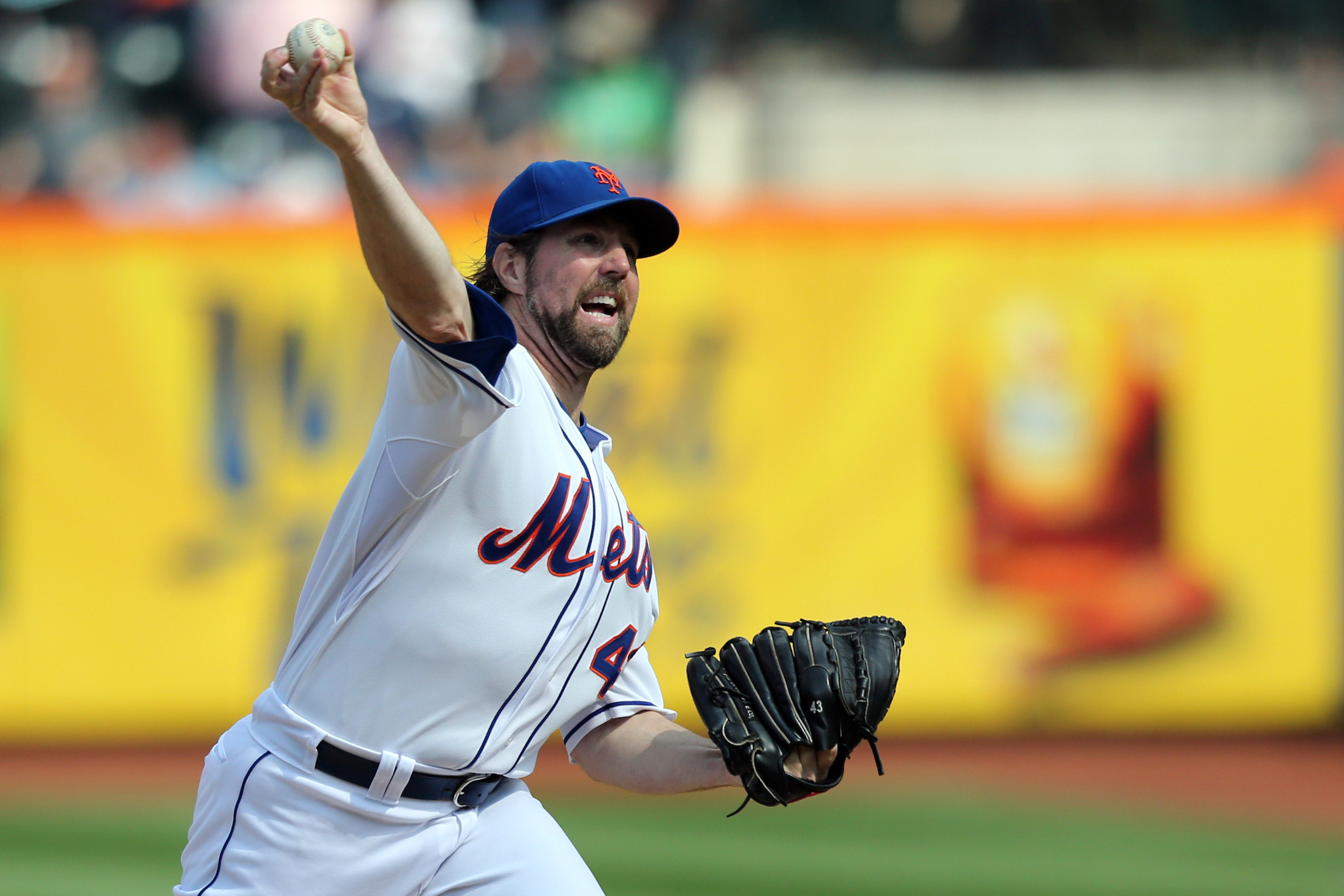 And now, three months into the 2013 season, here we are again, going down this same road. Youngster Matt Harvey has budded from promising prospect into spectacular phenom. Harvey is at or near the top of nearly every major pitching category. With the All-Star break nearly upon us, the picture for the 2013 National League Cy Young Award is certainly clearing, and Matt Harvey is looming large.

It's incredibly rare for a team to have two consecutive Cy Young winners. In the history of Major League Baseball, there have been eight instances of a team having back-to-back Cy Young Awards with two different pitchers winning: the Cleveland Indians with CC Sabathia (2007) and Cliff Lee (2008), the Toronto Blue Jays with Pat Hentgen (1996) and Roger Clemens (1997), the Atlanta Braves with Greg Maddux (1995) and John Smoltz (1996), the Philadelphia Phillies with Steve Carlton (1982) and John Denny (1983), the Milwaukee Brewers with Rollie Fingers (1981) and Pete Vuckovich (1982), the Baltimore Orioles with Mike Flanagan (1979) and Steve Stone (1980), the New York Yankees with Sparky Lyle (1977) and Ron Guidry (1978), and the Los Angeles Dodgers with Don Drysdale (1962) and Sandy Koufax (1963).

What makes Dickey and Harvey's seasons all the more interesting asides for the fact that their trajectories are on the same path is the fact that their numbers so similarly match. As Chris McShane has been diligently tracking, R.A. Dickey and Matt Harvey have been putting up extremely similar numbers. Through 17 starts (roughly half of the starts made in the season):

Through 16 starts, their numbers paralleled each other even more; Dickey had a rough start #17 against the Phillies, allowing eleven hits and five earned runs while walking one and fanning seven, while Harvey was dominant against the Nationals, allowing three hits one earned run through seven innings while walking none and fanning eleven. What's even more amazing than the statistical similarities is the fact that they performed up to those elite standards with such a different pitching repertoire: Harvey with a blazing high-90s fastball and sharp, biting breaking balls, and Dickey with his knuckleball and a fastball that might barely break a pane of glass.

Here's how those other pairs of Cy Young winners performed through 17 starts:

*Rollie Fingers and Sparky Lyle, being relief pitchers, cannot be compared to Pete Vuckovich and Ron Guidry for the purposes of this exercise, so those two groups will be discarded.

Every duo except for Dickey and Harvey had an ERA differential of at least one earned run, despite all of the pairs being within 15 or fewer innings pitched of each other. Surprisingly, the largest earned run differential was shared between the two best pitchers on this list: Hall of Famers Drysdale and Koufax. Despite Drysdale throwing 2.3 innings fewer than his left-handed rotation mate, he allowed twenty more earned runs.

Looking at average game scores, through start #16, Dickey and Harvey both had an average of 67. With Dickey's poor 17th start, and Harvey's phenomenal one, their average game scores diverged, with Dickey's dipping to a 65 and Harvey's increasing to a 68. That three-point differential fits right in with the differences in game score of the other pairings exhibited, with only two pairings: the Dodgers' Drysdale and Koufax and the Blue Jays' Hentgen and Clemens, having a game score differential more than four.

All of this does not mean that Matt Harvey is going to win the National League Cy Young Award, of course. Despite his dominance in the first half, the young right-hander might regress, or the brilliance of another pitcher might eclipse his own. Regardless, as things stand right now, the Mets are currently poised to have back-to-back Cy Young Award recipients in consecutive years, something that has happened only a handful of times since the award was created in 1956. If that does happen, the Mets would certainly have the duo that did things the most differently to get there.