*All results from games played on Saturday, August 24th 2013

The 51s made it seven straight last night and opened a bit of breathing room in their quest for a division title. Matt Fox was stellar in six innings of work and Robert Carson and Greg Burke made the one-run lead hold up out the pen. Both 51s runs came in the third on RBI from Zach Lutz and Kirk Nieuwenhuis, and now Vegas finds themselves three up with a magic number of eight. 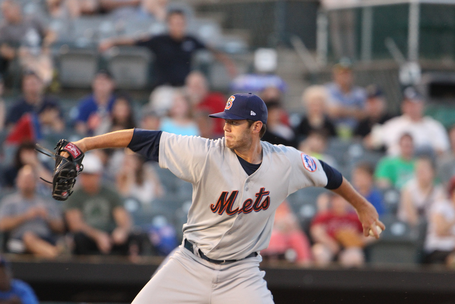 Rain delayed the start and ended it early, but in between the drops, Steve Matz was dealing.

In arguably the best Mets minor league pitching perofrmance of the year, Robert Gsellman dominated the Lake Monsters over eight innings and helped move Brooklyn back into a first place tie with Aberdeen. Mixing his fastball, change-up, and breaking ball, Gsellman struck out 13 Lake Monsters and induced a lot of week contact otherwise. A two-run home run by LJ Mazzilli in the first is all he would need, and despite the Cyclones bats not adding to the lead, this game never felt like it was in doubt. It was also two hours and three minutes, which allowed me to get a late dinner of local beet salad and pork belly confit. So there's that.

Persio Reyes very efficiently allowed six of his nine baserunners to score, but fortunately for the K-Mets, every other team in the division lost as well. They remain a half-game ahead of Greeneville with six to play.

At this point I wonder if the GCL Nats haunt these guys' dreams. 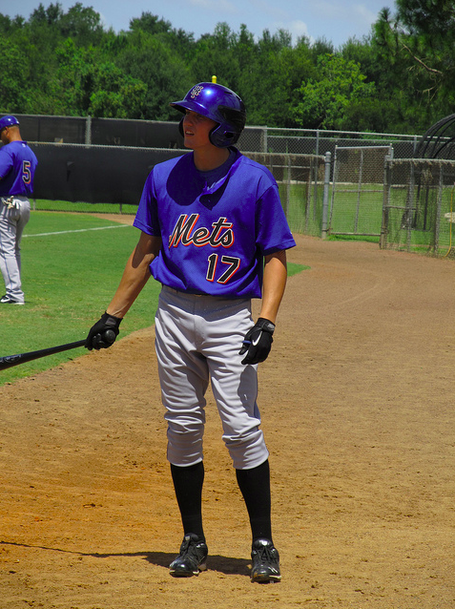 Nothing too egregious, so I guess it falls to Persio Reyes.