With the front office clearly down on Ruben Tejada, it's likely that they will make a move for a shortstop this offseason. Let's take a look at some shortstops who may be available and attainable.

When the Mets chose not to sign Jose Reyes following the 2011 season they pinned their shortstop hopes for 2012 and beyond on then 22-year-old Ruben Tejada. And while the 2012 season was a good one for Tejada, 2013 has been a disaster. Amid reports of a questionable work ethic, Tejada’s performance cratered on both sides of the ball before a quad injury mercifully sent him to the disabled list. He’s recently returned to the majors, but only after the Mets delayed his service time enough to secure an additional year of team control.

More: The time has come for the Mets to promote Ruben Tejada

Tejada’s inability to improve—he has actually regressed in many ways—has created a gaping hole in the left side of the Mets’ infield. A lack of depth at the position in the minors means that shortstop is a position that will need to be dealt with in the near future, either in free agency or via trade.

Ruben Tejada, Omar Quintanilla, and the state of the Mets' shortstop position 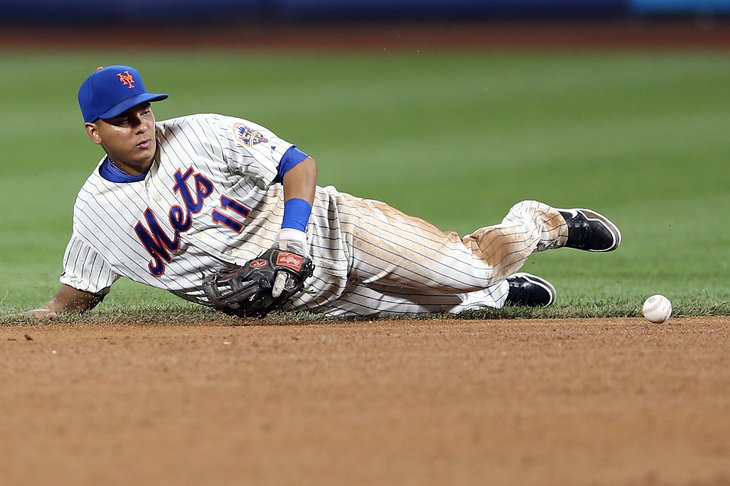 The crop of free agent shortstops this offseason isn’t terrible, headlined by Jhonny Peralta and Stephen Drew. Both carry significant risk, with Peralta coming off a PED suspension and Drew being below replacement level as recently as 2012.

It’s likely, if not a certainty, that the position will be addressed in the offseason. Let’s take a look at the trade options both at or near the major league level while putting on our talk-radio-caller hats to propose some hypothetical trades. What follows is a list of shortstops that might be made available this offseason based on teams’ depth at the position and proximity to competing.

Not too long ago Castro appeared to be a rising star at the position, posting 8.3 fWAR over his age 20–22 seasons. He was so well-regarded that late in the 2012 season the Cubs decided to lock Castro up through 2019 with a club option for 2020. Unfortunately for Chicago, the first year of the deal has been a bust, with Castro posting a .244/.283/.349 batting line and having roughly the same value as a replacement-level shortstop. With his stock down, it may be a good time to trade for the 23-year-old if you believe he can bounce back to his pre–2013 levels of production.

The Cubs’ minor league system is somewhat deep at the shortstop position, with Javier Baez and Arismendy Alcantara currently ascending. The problem is that it’s questionable whether either will stick at the position. If the Cubs believe one will stick—and since they’re still a few years away from competing—they may see Castro as expendable. Luckily for the Mets, Chicago does not have much pitching depth in the minors. Could a package of Rafael Montero and Gabriel Ynoa pry Castro away? Is Castro worth the risk?

John Sickels ranked Lee the number seven prospect in the Rays’ system and the 138th best prospect in baseball entering the 2013 season. Baseball Prospectus was more bullish, ranking Lee 4th and 75th on their respective lists. The reports on Lee are that his defense is plus but that the bat significantly lags the glove. He hit .261/.336/.360 in 534 Double-A plate appearances in 2012. 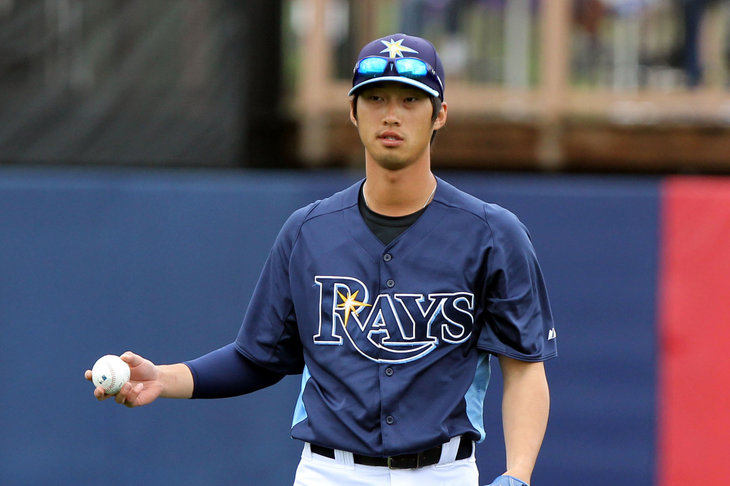 Lee saw his season cut short this year after just 15 games when he tore some knee ligaments turning a double play. He likely still needs some time in the minors to develop—he’s only had 57 at-bats in Triple-A—but if healthy his glove is ready. Lee’s stock is currently down after the injury and the Rays have club options for 2014 and 2015 at $5 million each on their current shortstop, Yunel Escobar. They also have some fringy depth in the form of former number one overall pick Tim Beckham, who put together a decent season in Triple-A this year, hitting .276/.342/.387.

With James Loney being a free agent and a lack of production at DH, would the Rays part with Lee for Lucas Duda and an arm? Duda is under team control through 2017 and his 124 wRC+ would be an improvement for the Rays at DH and perhaps first base. Even if the Mets had to include Jacob deGrom, it would still make sense to do this deal. The question is, would the Rays?

There is currently a logjam up the middle in Texas, where Elvis Andrus, Ian Kinsler, and Jurickson Profar are all vying for playing time. With Andrus locked up into the 2020s (if he so chooses), Kinsler locked up through 2017, and Profar under team control for several more years, it would seem Sardinas would be the perfect chip for Texas to use to upgrade an area of need.

Sardinas spent the majority of the year in High-A where he hit .298/.358/.360 as a 20-year-old. Sickels graded Sardinas as a B- prospect entering the season while Baseball Prospectus had him as the 86th best prospect in baseball. Sardinas finished the year in Double-A and struggled to the tune of .259/.286/.311 in 141 plate appearances. He will need more time in the minors but a 2015 ETA is not unreasonable.

The Rangers’ weaknesses are at starting pitcher, first base, and DH. It wouldn’t break my heart to see Dillon Gee dealt, but I think the asking price would almost certainly be higher. Perhaps some combination of Gee, Duda/Ike Davis, and Michael Fulmer could get a deal done.

The Astros are in rebuilding mode and are not likely to be competitive for several years. Based on what we’ve seen the past couple of years, the Astros will sell every asset that has value and is not a part of their long-term rebuilding plan. 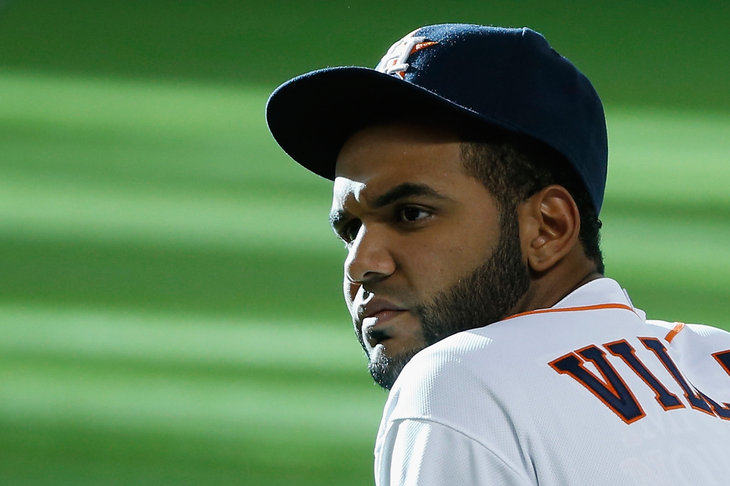 The 22-year-old Villar has been described as a toolsy player whose inconsistency is on display most nights. He strikes out too much and will need to compensate for that with his defense and speed, both of which are be plus tools. In 91 games at Triple-A he hit .277/.341/.442 and in 157 plate appearances since his promotion to Houston he’s hit .272/.350/.383.

It’s interesting to consider what it would take to snatch Villar away from Houston, mostly because no one knows for sure when the Astros are going to start trying to compete. Villar is cost-controlled and can handle the position, so he won’t come cheap. It would probably take a few prospects to get it done, maybe something along the lines of Montero, Ynoa, and Chris Flexen.

Ranked as “in the picture” on Sickels’s preseason Top 150 and 81st on Baseball Prospectus’s Top 101, the 22-year-old Owings began the season in Triple-A where he hit .330/.359/.482 in Reno of the Pacific Coast League. He was called up in September and is hitting well in a small sample. Owings walks about as infrequently as a player can walk but pairs his poor plate discipline with decent power and average defense.

The shortstop position for the Diamondbacks is deep, with both Didi Gregorious and Cliff Pennington ahead of him on the depth chart. There isn’t an obvious fit for a trade in terms of their needs, but perhaps they could be persuaded by a pair pitching prospect such as Jacob deGrom and Cory Mazzoni.