Who is Wilfredo Tovar?

If I'm a minor league analyst worth my salt then you already know who Wilfredo Tovar is and this piece is merely a formality.

Share All sharing options for: Who is Wilfredo Tovar?

As the old saying goes, with every bad there is a good. While I'm sure it isn't much consolation for Ruben Tejada -- fresh off a freak, season-ending broken fibula which caps a nightmare season for the 23-year-old infielder -- the recent opening at short gives the club an opportunity to get a first-hand look at their most advanced shortstop prospect, Wilfredo Tovar.

Now anyone even mildly familiar with this site probably knows at least a bit about the young Venezuelan -- thanks in large part to the fact that I've been an admittedly vocal fan of his for quite some time. However, for those who have somehow managed to elude my sphere of influence, here's a primer of the newest New York Mets player: 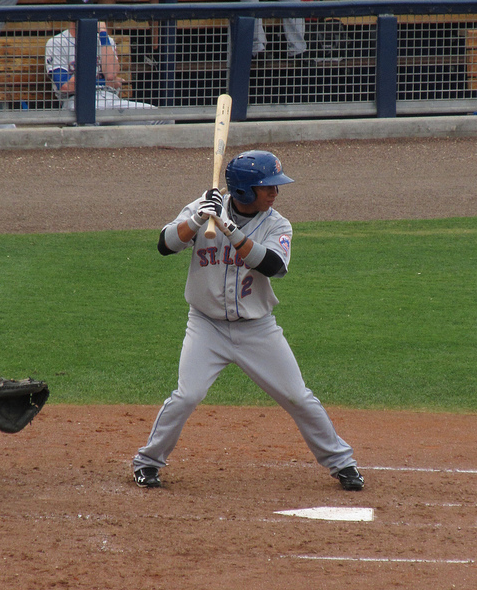 Wilfredo Tovar was signed as an international free agent at age 16 out of Venezuela in 2007. Despite showcasing good ability, his acquisition was decidedly overshadowed by another Venezuelan shortstop signed earlier that summer, Wilmer Flores; this marked the start of a distinct theme throughout Tovar's career.

Like Ruben Tejada, Tovar made his pro debut in the Venezuelan Summer League where he quickly began establishing his characteristic playing style as a light-hitting, premium defender at shortstop. That reputation would only grow stronger as he played his way through the system, showcasing a top-tier glove along with an offensive approach predicated on very strong contact skills, but almost no power and less speed than you'd expect for a true shortstop.

By 2010, Tovar had begun to make a name for himself in prospect circles based on a solid performance in High-A St. Lucie where, after an injury-induced promotion, he held his own against players 2-3 years his senior. Additionally, later that summer he took over as the everyday shortstop in Savannah and batted .281 with a phenomenal 6.9% strikeout rate.

Tovar continued to generate overwhelming praise for his excellent defensive ability wherever he played, while beginning to showcase a solid combination of on-base ability and doubles-power, posting a .762 OPS with St. Lucie in the first half of 2012. He followed that by holding his own in his first exposure to Double-A baseball, batting .251 with a 10% strikeout rate for Binghamton. 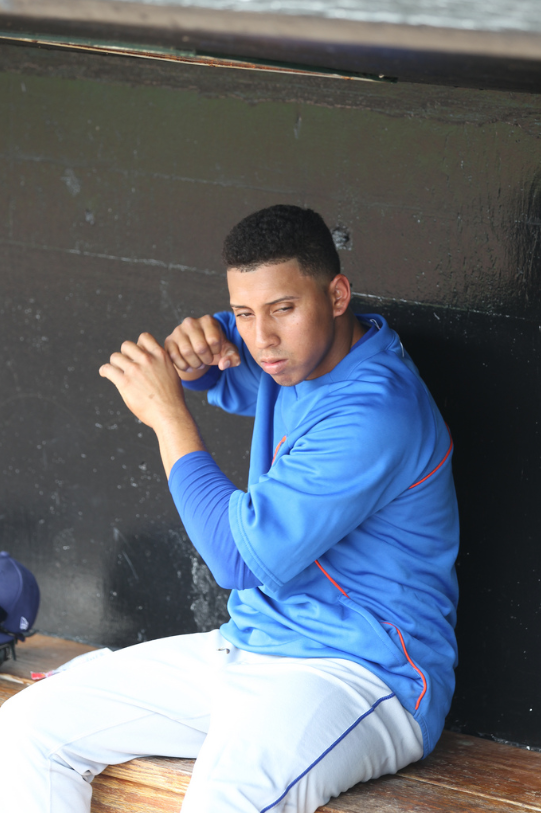 This summer, he found himself back in Binghamton and, more importantly, on the Mets 40-man roster. However, he started the season so poorly at the plate that by June it was becoming unclear if the diminutive infielder (5'10, 160 lbs) possessed enough raw strength to survive against advanced pitching and even profile as a backup shortstop at the highest level. Fortunately, Tovar bounced back after his slow start and posted a .299/.359/.421 line in the second half -- an excellent line from a player projected to bring the bulk of his value in the field.

In total, Tovar batted .256/.319/.333 in the minors, with a strikeout rate around 10%. As stated, his premium defense remains his calling card and ultimately is the reason he is a major league player. The continued growth of his offensive skillset will determine if he can ever become more than just a defensive-minded understudy or something more along the lines of an everyday player.

As far as setting immediate expectations for the young shortstop, it's all about the defense. While we shouldn't expect to see a Brendan Ryan-esque revelation, he's going to showcase the best glove in the organization. While he isn't gifted with very much footspeed, he has preternatural first-step quickness and very sure hands.

Do not, however, expect to see very much in the way of offense -- at least not yet. In fact, he pretty much possesses a ceiling of Ruben Tejada, featuring the same contact-oriented approach, lack of speed, and overall lack of raw strength that precludes any semblance of a power game. He's still young -- he's actually five days younger than Wilmer Flores -- so it's not unreasonable to expect gains in the next couple of seasons, just don't expect too much.

In short, the hope with Tovar is to more or less replicate the baseline of production that Tejada set over the last few seasons for the price of league minimum. Even if he cannot reach those lofty goals, he represents a cheap, in-house option as a backup middle infielder -- meaning you shouldn't get too attached to Omar Quintanilla. As I've stated more than a couple of times these last few seasons, Tovar's isn't the sexiest profile among Mets prospect -- but it is one that could easily improve the margins of the roster, something that brings incremental value to a club in sore need of it.