Murphy is heading into his second year of arbitration eligibility. What does his 2013 season portend for his 2014 salary?

Share All sharing options for: Daniel Murphy's next contract

While most Mets fans will spend the offseason wondering when Matt Harvey’s elbow will finally give and dreaming of a competent outfield, the fate of Daniel Murphy may end up being one of the most important developments of the coming winter. Arguably the only player in the Mets’ lineup that can be called above average whose last name isn’t Wright, Murphy is due for a non-trivial pay rise as he heads into his second year of arbitration eligibility.

What should the Mets do with Daniel Murphy: Part 1 Part 2 Part 3

Spending a few million extra on Murphy’s contract may seem like a relatively minor issue to the team going forward, but the Mets will need every penny possible to invest in free agent roster additions for 2014. The lineup going into next season has more question marks than ever, and the injury to Harvey has left the team with significant uncertainty surrounding the rotation as well.

It’s indisputable that Murphy will receive a raise of some sort, but it is unclear how large it will be. This year has been the best of his career by fWAR, and his consistent play would make an extension a rather safe bet for both parties. But it doesn't appear as though it is in the works with Wilmer Flores looming as a potential replacement and Murphy’s name starting to pop up in trade rumors.

It's unlikely that the two sides would ever reach arbitration, but if they do, the cases that both the Mets and ACES, Murphy's agents, have to offer could be quite compelling. There happen to be very strong comparables for Murphy’s career to date that could make for some creative arguments.

This is speculative, of course, but here's how I imagine the process unfolding:

GIF: Murphy too fast for cameraman 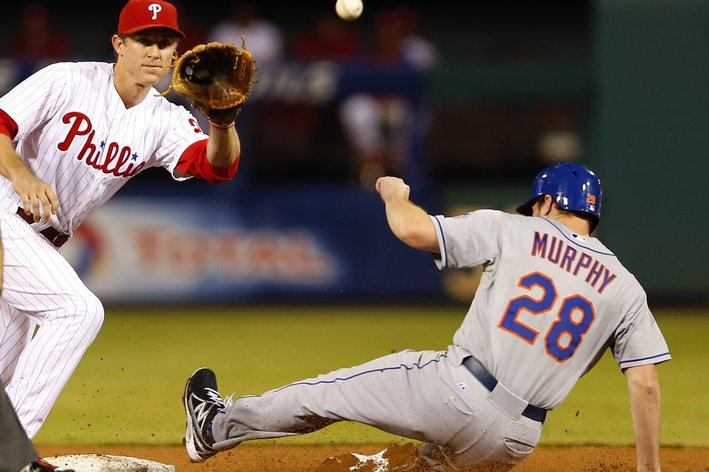 The Mets will propose a reasonable but thrifty number to retain Daniel Murphy, something in the ballpark of $4.9 million, a $2 million pay rise from 2013. The team will try to anchor the arbitrator on the path of Howie Kendrick, who received a pay rise of about $1.5 million by avoiding arbitration in his second year of eligibility during the 2011 offseason.

Kendrick’s 2010 was remarkably similar to Daniel Murphy’s 2013, especially in his traditional statistics. He played in a career high 158 games as the Angels’ primary second baseman, logging a few starts at first and an emergency outfield appearance. During this time, Howie posted a .279 average with 10 home runs, 14 stolen bases, and 41 doubles. The Angels and Kendrick agreed on a $3.3 million salary for 2011.

Murphy hit for a similar average at .285, and while he hit three more home runs and stole a few more bases, he fell short of Kendrick in doubles by a bit. Nevertheless, their overall lines are staggeringly similar. The extra half-million dollars in the Mets' proposal seems a bit generous when framed from this light to an arbitrator. The proposed total of $4.9 million for Murphy even tops Kendrick’s 2012 salary by $400,000, which came after the best season of his career. 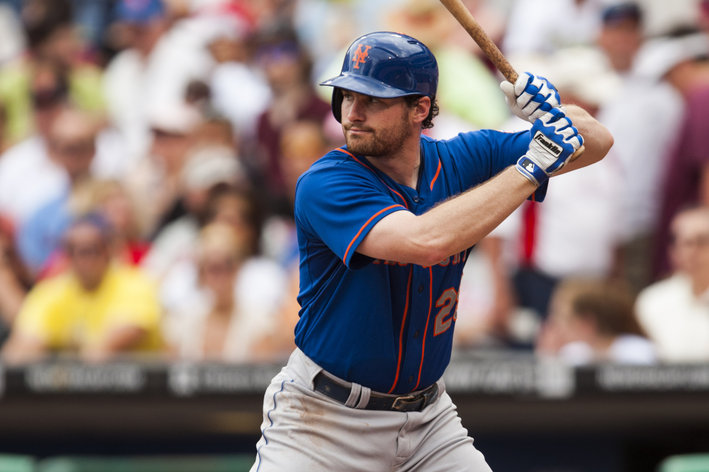 ACES will likely do its best to anchor an arbitrator to a much higher number by first comparing Murphy to free agents, but their true number isn't likely to be too far off from the Mets’. After 2012, they managed to garner a $2.4 million raise from the Mets in Murphy’s first year of arbitration, and there is no reason for them not to ask for substantially more after a season that can be defined—at least by traditional measures—as a career year. The proposed salary from Murphy’s end will likely be about $6.1 million, or a $3 million raise.

The first statistic that ACES will turn the arbitrator’s attention to is Murphy’s 187 hits this season, a mark that falls within five hits of both Mike Trout and Andrew McCutchen, the only other two players to amass more than 180 hits and steal 20 or more bases this season. In fact, not even David Wright has managed to eclipse 180 hits in a season since 2008.

Another name ACES may want to float is Michael Young's, who is currently making $16 million annually. While it is obviously ridiculous to compare the two outright, Murphy’s ability to play multiple positions and hit for a similar average to Young's over the past two seasons is worth a mention at the very least.

Regarding a comparison to a player who was in a similar stage of his career, Murphy’s camp will likely emphasize the similarities of their client to Asdrubal Cabrera before his second year of arbitration. Cabrera managed to receive a $2.5 million raise for his 2011 contract after a year in which he played just 97 games and batted .276 with only three home runs and 16 doubles, both very low numbers even for limited playing time.

Considering that his arbitration-relevant (i.e., old-school) statistics can be compared to those of Trout and McCutchen, and that Cabrera received a $2.5 million raise after one of the worst years of his career, a $3 million raise may seem like a bargain to the arbitrator, and could make it a slam dunk for the ACES camp.

Murphy’s season was the best of his career by many measures, but his arbitration-relevant (i.e., baseball card) statistics could artificially inflate his value by inviting some ridiculous player comparisons. In terms of fWAR, he was worth a strong-but-not-outlandish three wins, and his performance at the plate is relatively weak compared to his 2011 season. In the most likely outcome, Murphy and the Mets will avoid arbitration by settling on a salary between the two proposed numbers, but if this becomes one of the few cases to reach arbitration, the Mets could find themselves on the hook for a hefty pay raise if their arbitrator favors hits and batting average to on-base percentage and power numbers.