Mets Daily Farm Report - 9/6/13: Was it over when the Germans bombed Pearl Harbor?

Share All sharing options for: Mets Daily Farm Report - 9/6/13: Was it over when the Germans bombed Pearl Harbor?

*All results from games played on Thursday, September 5th, 2013*

Things were looking good for Las Vegas through two innings Thursday night. Kirk Nieuwenhuis led the game off with a home run and Rafael Montero was on cruise control, retiring 6 of the first 7 batters he faced. Things started to unravel in the 3rd, when a lead-off walk was followed by a few singles to plate two runs and give Salt Lake a 3-2 lead. Vegas responded in the top of the 4th with two runs of its own, but it is in this inning where we saw the first of several confusing moves by Wally Backman. With runners on first and second and no outs, Wally had Eric Campbell--the cleanup hitter--sacrifice bunt. And while this tactic "worked"--insofar as the next batter singled in the two runners--this is the PCL, it's arguably your best hitter, and it's the fourth inning. Salt Lake went on to tie the game in the 5th on an Andy Marte solo-homer, then the teams traded zeroes in the sixth, and after a scoreless top half of the 7th we came to the bottom half and our next questionable Wally move. With one out and a man on second, Wally called for the intentional walk. Now, granted, it was their cleanup hitter and a guy who has hit .326/.404/.454 this year, but, again, this is the PCL. I'm not in favor of handing out free base runners. The move proved to be harmless with the next two batters popping out and lining out. A scoreless top half for the 51s brings us to the bottom of the 8th and another Wally gaffe. With a man on second and one out, Wally did not have a right-hander ready in time to relieve Just Hampson and face Rusty Ryal, a right-handed batter who eventually walked. A right-hander was brought in to face the following batter, who singled in the go-ahead run. This may seem like nit-picking but each instance is part of the sum, and the sum was an indictment of #wallyball. Backman briefly redeemed himself after pinch-hitter Francisco Pena tied the game up in dramatic fashion with a two-out double in the top of the ninth, however, Wally made sure this reprieve was brief. Salt Lake walked-off in the bottom of the ninth after Wally issued two intentional passes. This is not to say the loss is entirely on Wally but it's a game we should point to when people start pounding the table for Wally Ball. The series shifts to Vegas Friday night as the 51s look to avoid the sweep and keep their season alive.

Trenton broke a 1-1 tie in the bottom of the 7th with a Mason Williams single followed by an Ali Castillo double and that proved to be the difference with Trenton beating Binghamton, 2-1. The B-Mets have now dug themselves a two game hole as they return to Binghamton Friday night looking to avoid elimination.

It's a travel day for the Sand Gnats as they head back to Savannah to finish up their best of three series with Augusta. Savannah is up 1-0 in the series having crushed Augusta 10-2 in the opener. 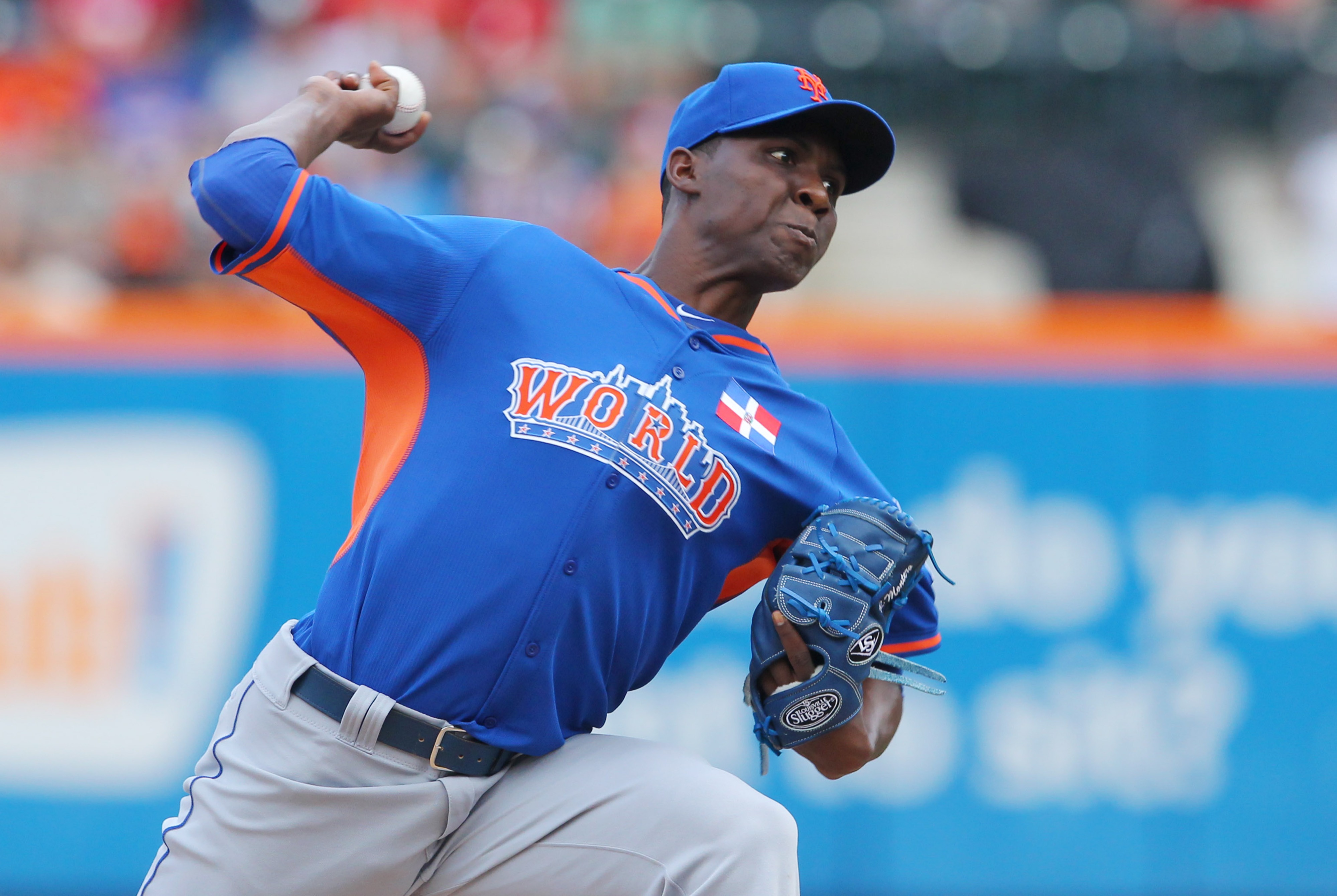 Rafael Montero is the Mets' #2 pitching prospect behind Noah Syndergaard.

Not many heroes on this night so we'll go with Francisco Pena, who briefly tied up the Vegas game with his two-out, pinch-hit double in the top of the ninth.