Mets Bullpen Analysis: Bobby Parnell may be prone to meltdowns

Bobby Parnell had his best season in 2013, but he continued to struggle in high-leverage situations.

Share All sharing options for: Mets Bullpen Analysis: Bobby Parnell may be prone to meltdowns

In the late afternoon of a getaway day for the visiting Reds, the Mets tried to avoid a sweep. They lost the first two games of the series, plummeting their 2013 season record to 17–26. The game was tied when Bobby Parnell entered in the bottom of the 9th. By the time he exited, the Mets were down three runs.

Bobby Parnell has been cleared for baseball activities after recovering from surgery on a herniated disk in his neck last September.

Mets closer Bobby Parnell might be appealing to teams in need of help in the bullpen.

Closers have one of the most difficult jobs in baseball–preserving leads. They are also called upon to pitch in tight situations to get key outs–for instance, in a tie game at home that the team desperately needs to win. What makes one an effective closer is more than racking-up strikeouts or dispatching opponents when leading by three runs in the 9th. An effective closer can be counted on to get the big outs when they are needed most.

Without question, Bobby Parnell’s performance has improved over time. From 2009 to 2013, he improved from a 5.30 ERA to a 2.16 ERA and a walk rate of 4.69 per nine to 2.16 per nine. He was an All-Star-caliber pitcher until he was shut down due to a neck injury in early August. Recent history suggests that any questions regarding Parnell coming into this season should based more on his health than effectiveness.

As they prepare for upcoming season, the Mets may want to consider if the hard-throwing right-hander’s overall statistics accurately reflect his value. Perhaps they should take a closer look at how he has performed in high-leverage situations. In order to quantify high-leverage situations, Fangraphs has a statistic used only for relievers called game-entering Leverage Index (gmLI.) It is the average leverage index (LI) for when the pitcher enters the game. For example, a pitcher entering a game with a six run lead in the 7th inning will carry a much lower LI than one entering a tie game in the 9th. Over the course of a season, gmLI can tell one how a manager uses a particular reliever. In this system, any number over 1.0 is above-average pressure. Taking all relief pitchers who pitched at least 40 innings in each season since 2009, and finding those who carried a gmLI of at least 1, I was able to compare Bobby Parnell’s performance to the rest of the league. 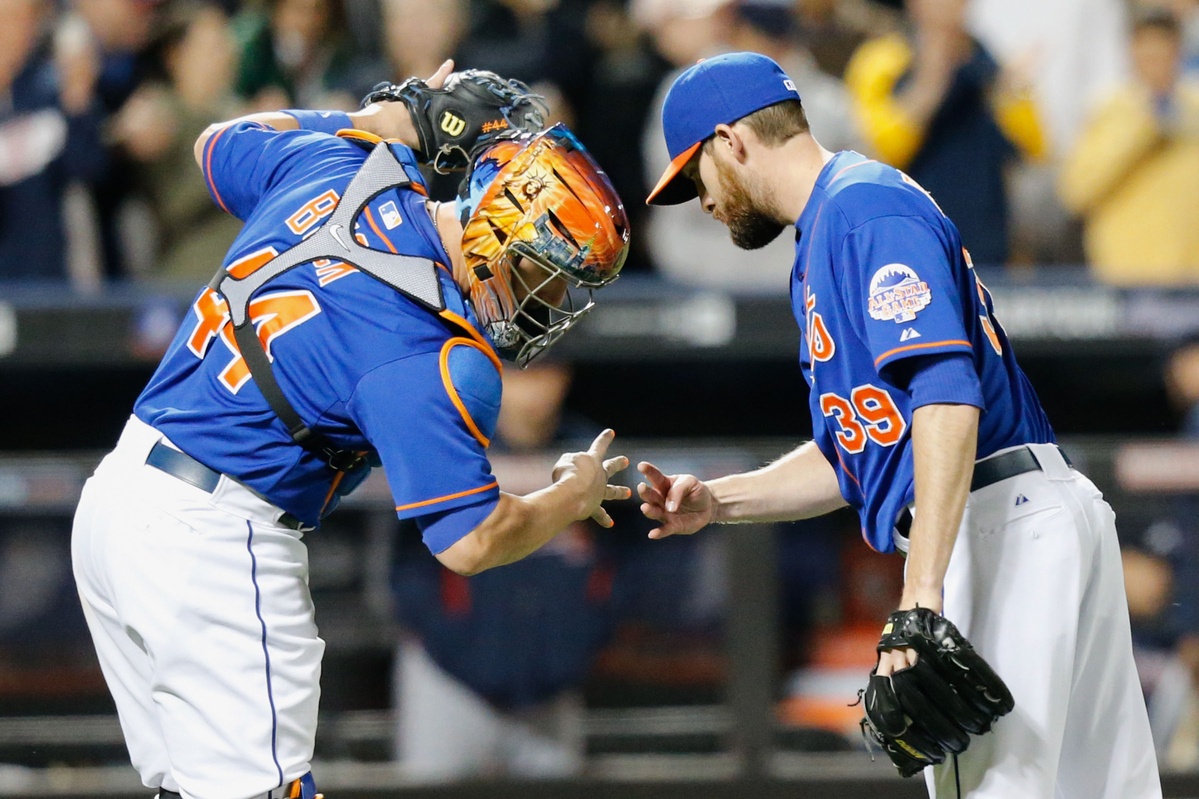 Then, rather than using ERA or saves to rank relievers, I used the number of “meltdowns” (MD) each reliever had per-inning pitched. A meltdown is quantified as a game in which the pitcher made his team 6% more likely to lose (–0.06 WPA), and a “shutdown” (SD) being quantified as the opposite (making his team more likely to lose.) Rather than focusing on blown saves and earned runs, meltdowns allows us to quantify all types of games in which a reliever had a negative impact regardless of outcome. (For example, if a pitcher enters a 3–0 game and gives up two runs. He does not relinquish the lead, but has made winning far from certain.)

In five seasons with the Mets, Bobby Parnell has not performed well in high-leverage situations. In fact, he has been one of the worst qualified relievers in baseball. As the table highlights, Parnell has improvement since being ranked nearly last in terms of number of meltdowns per inning pitched. In 2013, when Mets were counting on him to anchor the bullpen, he was merely average, ranking 72 out of 130 qualified relievers. In other words, even while pitching at what appeared to be his best, he was a middle of the pack pitcher in getting big outs in key situations.

Since 2009, there have not been many big late-season games where the Mets relied on Parnell to get key outs. With spring training approaching, and dreams of meaningful September baseball not yet deferred, they may need to consider whether Bobby Parnell is capable of being the closer to carry them into the postseason.