A roundup of the remaining free agent options for the Mets.

Share All sharing options for: The Bullpen Market: What's left?

With pitchers and catchers scheduled to report to spring training in a little over three weeks, there are approximately thirty relief pitchers left on the free agent market. The Mets are heading into the spring with plenty of potentially useful young bullpen arms, but only Bobby Parnell and Carlos Torres have thrown more than 60 innings in the big leagues.

It would make sense for the Mets to bring in a veteran arm or two, not necessarily because veterans are guaranteed to be better than rookies, but to keep the team from relying completely on a closer coming off neck surgery and pitchers who have rarely or never faced major league hitters. Here's a quick rundown of the pitchers left on the market.

David Aardsma played for the Mets last year, of course, but pitched to a 4.31 ERA and 5.27 FIP thanks to an alarming 1.59 home runs allowed per nine innings pitched. It was his first healthy season since 2010, and it's not impossible that he'll improve this year, his age-32 season.

Luis Ayala has actually been pretty good since leaving the Mets and bouncing around a few organizations before becoming a regular major league pitcher again. He would probably make for an unpopular signing, though, among Mets fans.

Andrew Bailey has a lot of appeal because of his skill, but he'll miss at least the first half of the season after shoulder surgery and has generally had trouble staying healthy. He still seems like a good pickup on a minor league deal.

Grant Balfour almost had a deal with the Orioles, but it fell through because of the team's concerns about his wrist and knee. He's been excellent in five of the past six seasons, playing for the Rays and A's over that span. It's hard to see him falling to a price with which the Mets are comfortable, even if the Orioles' concerns were valid.

Rafael Betancourt has been very good for the Rockies but had Tommy John surgery late in the 2013 season. 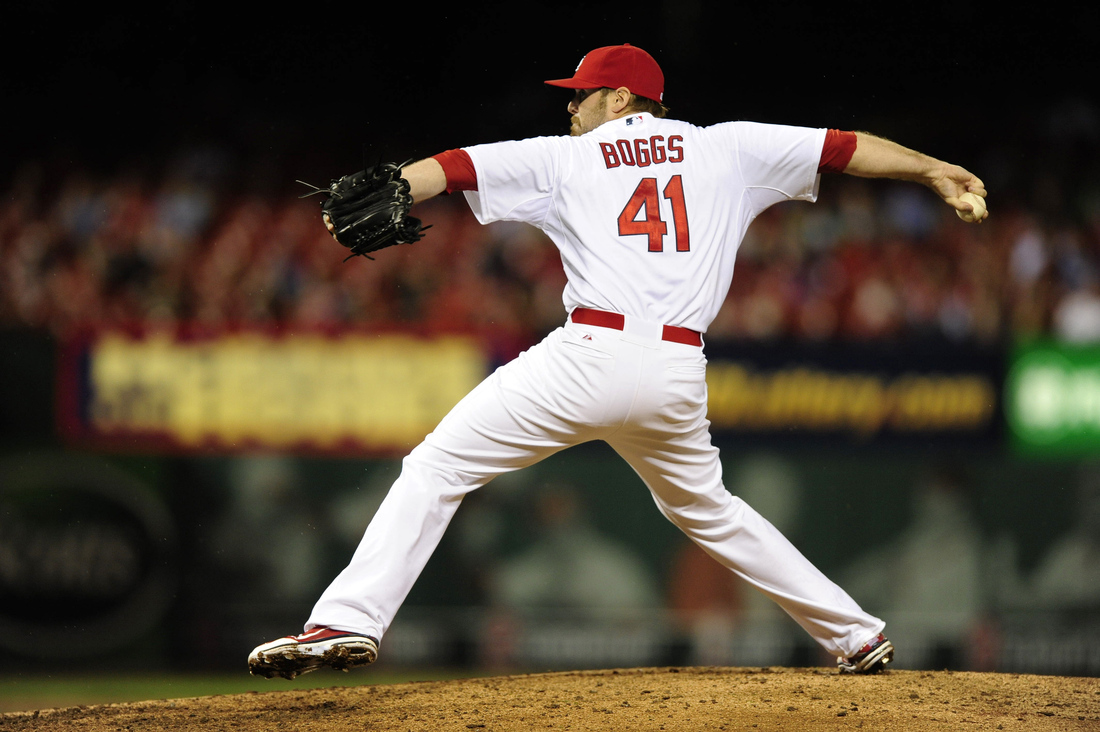 Mitchell Boggs seems like an ideal fit for the Mets. He was non-tendered after a down year in 2013, but he was effective from 2010 through 2012.

Octavio Dotel turns 40 this year, making everyone who remembers the 1999 Mets feel old, but only appeared in six games last year with the Tigers. He struggled there and in his brief time in the minors. A minor league deal for one last go-round would carry little risk, though.

Kyle Farnsworth, the bespectacled veteran known best in New York for his time with the Yankees, could be this year's version of LaTroy Hawkins.

Frank Francisco is a free agent. Next.

Kevin Gregg put together a decent year for the Cubs, but his walk rate has been very poor for years. That probably rules him out of the Mets' plans.

Matt Guerrier hasn't been great over the past few years, but he could provide value as an inexpensive, low-leverage innings type of pitcher.

Joel Hanrahan, who made his name in Pittsburgh, had Tommy John surgery last May and is still available. He's probably the best relief pitcher left on the market in terms of ability but is obviously no sure thing coming off surgery.

Brandon Lyon struggled to the tune of a 4.98 ERA with the Mets last year and was released by the team during the season.

Ryan Madson hasn't pitched in the big leagues since 2011 but will throw for teams in February. It seems inevitable he'll end up back in Philly, but the Mets could benefit from signing him to a minor league deal.

Carlos Marmol is a walk machine but has managed to remain a somewhat effective big league pitcher.

Cristhian Martinez had a couple decent years with the Braves in 2011 and 2012 but had shoulder surgery last year and was non-tendered in December. Shoulder injuries make for long, uncertain recoveries.

Zach Miner pitched for the Phillies last year but has mostly been in the minors over the last few. 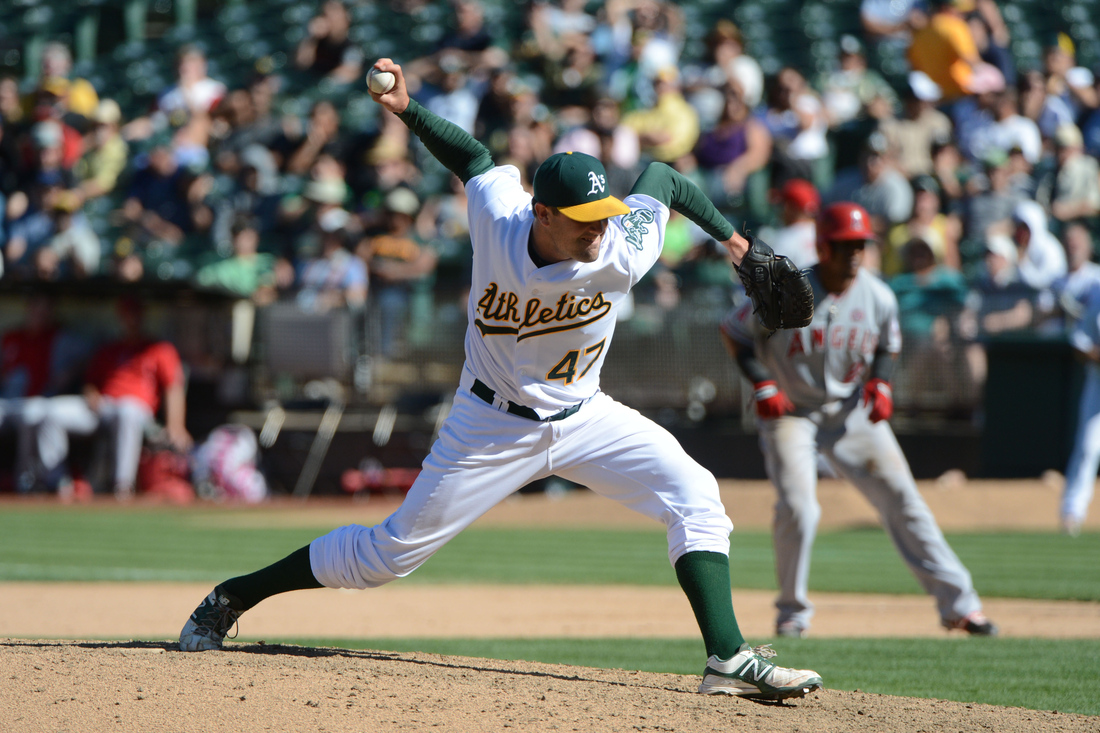 Pat Neshek has a funky sidearm delivery, and he's been pretty good, too. He's certainly worth signing.

Fernando Rodney is coming off two great years with the Rays, but he'll soon be 37 and is likely seeking a salary the Mets can't afford or won't be comfortable with.

Francisco Rodriguez hasn't signed until very late in each of the past two offseasons, and it's hard to imagine the Mets wanting him back after they parted ways.

Bruce Chen probably wants to start if at all possible, and the Mets might not have room for him in the rotation. If he were willing to pitch full-time out of the bullpen, he could be a fit, though the team's signing of John Lannan might make him redundant on the depth chart. Chen has posted better results than Lannan over the last few years, though.

Jeff Francis has mostly been a struggling starter with the Rockies, but he's left-handed and has been much better against lefties than righties over his career. It's hard to project him as a better option than Scott Rice or Josh Edgin, though.

Mike Gonzalez has been up and down over the past few years and will be in his age-36 season this year. On a low-cost deal, he seems worth a flyer.

Rich Hill had a good year in the Cubs' starting rotation in 2007 but has struggled with walks since 2008. He made the move to the bullpen in 2010 and has a 3.97 ERA and 3.15 FIP since, with 11.1 strikeouts, 5.6 walks, and 0.38 home runs per nine innings. Again, that walk rate probably doesn't work for the Mets' current front office, but the team could use more lefty depth.

Jose Mijares has been a reliable and capable lefty specialist for several years now.

Oliver Perez was cut by the Mets and out of Major League Baseball but made a comeback with the Mariners. He's been good the past two years, but there's no way he ends up back in Queens.