The first baseman experienced a breakout in his first full season.

Before the start of the 2014 season, the first base position was in question for the Mets. Two candidates were expected to battle each other out for the starting job. After a tumultuous 2013 for both, which included stints in Triple-A, neither Ike Davis nor Lucas Duda seemed to have the inside track to becoming the full-time first baseman. Davis experienced success in 2012, yet struggled mightily in 2013. Duda showed flashes of solid performance in 2011, but struggled to consistently produce. Davis was also the presumed better defender. A platoon was in place to open the season.

On April 4, Duda impressed with a two-home run showing against the Cincinnati Reds. The following day, Davis smashed a pinch-hit, walk-off grand slam. Then, after three weeks of questions about who would play more, the Mets' brass made a decision. On April 18, Davis was traded to the Pittsburgh Pirates, giving Duda the job by default. What he did with it was nothing short of spectacular.

In the first month after the trade, the 28-year-old underwhelmed, putting up a .662 OPS in 82 plate appearances. His May as a whole was not very inspiring, as he posted a 99 wRC+. The Mets would need more than league-average performance out of him if they wanted their lineup to be as potent as possible. Then, in June, Duda exploded to the tune of a .956 OPS. His wRC+ leaped to 133 on the season. It seemed as if he had finally arrived. That was only the beginning.

The finest moments of Duda's breakout 2014 season came in a torrid July, during which he hit .293/.396/.610 with seven home runs in 96 plate appearances. In perhaps one of the best two-week stretches any Met had in the entire season, Duda hit all seven of his July home runs between the 18th and 31st, including a huge go-ahead dinger in Milwaukee and a three-RBI day against the Phillies. He slugged .674 with a 201 wRC+ in these 12 games, exciting the fan base with his home-run hitting and run-producing prowess. 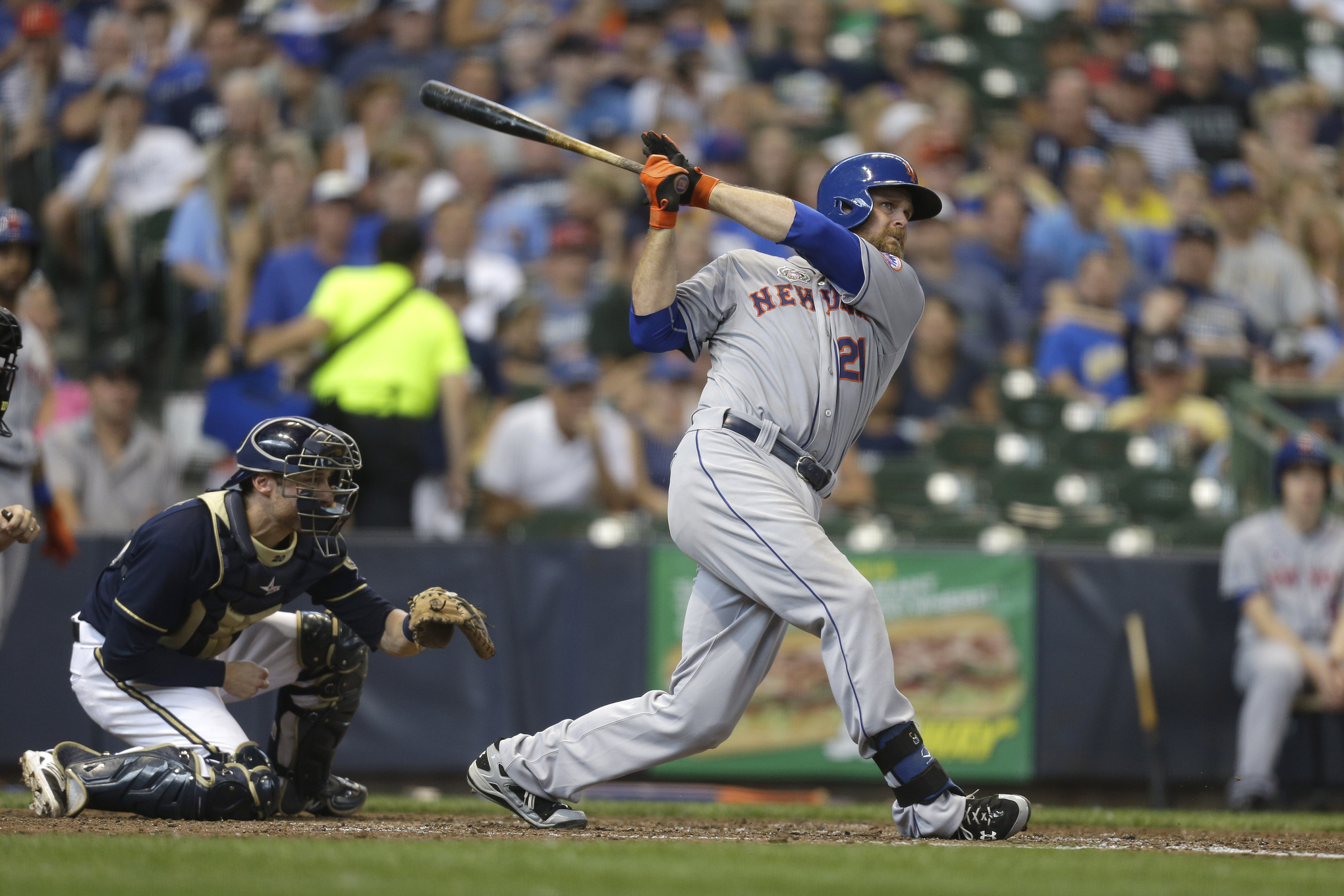 His August wasn't nearly as fruitful as his July, but he finished the year strong, posting a 142 wRC+ in September. His best two moments of the month came in the season's final two games, hitting a walk-off home run in the bottom of the ninth in the first one, then reaching the 30-homer plateau the next day. All in all, Duda's final season stats are those of a premier first baseman in the National League.

His defense at first was negligible according to defensive metrics; however, it seemed to improve as the year went along.

Duda's breakout does not come without some concern, though. His continued inability to hit lefties, as evidenced by a .516 OPS against them with only two home runs in 125 plate appearances, has put a damper on his status as the actual everyday first baseman of 2015.

Projected 2015 role: Starting first baseman who may be part of a platoon if he cannot prove he is able to hit lefties.