The 27-year-old rookie hopes his 2014 solidifies a spot on next year's club.

One man's junk is another man's treasure. So it went for Eric Campbell, who made his major league debut for the Mets after the early-season struggles of Josh Satin became too much for the club to carry. A veteran of seven minor league seasons and more than 2,600 at-bats, Campbell debuted on May 10 by lofting a pinch hit, game-tying sacrifice fly in an eventual 5-4 loss to the Phillies at Citi Field.

Injuries to David Wright, struggles by Lucas Duda against left-handers, and the ultimate failure of Chris Young provided Campbell with more playing time than the Mets likely envisioned. His versatility gave manager Terry Collins options, allowing New York's skipper to use Campbell at every position except catcher, and as a pinch hitter the Norwich, CT native hit .286/.421/.393 in 28 at-bats, proving useful when called upon. 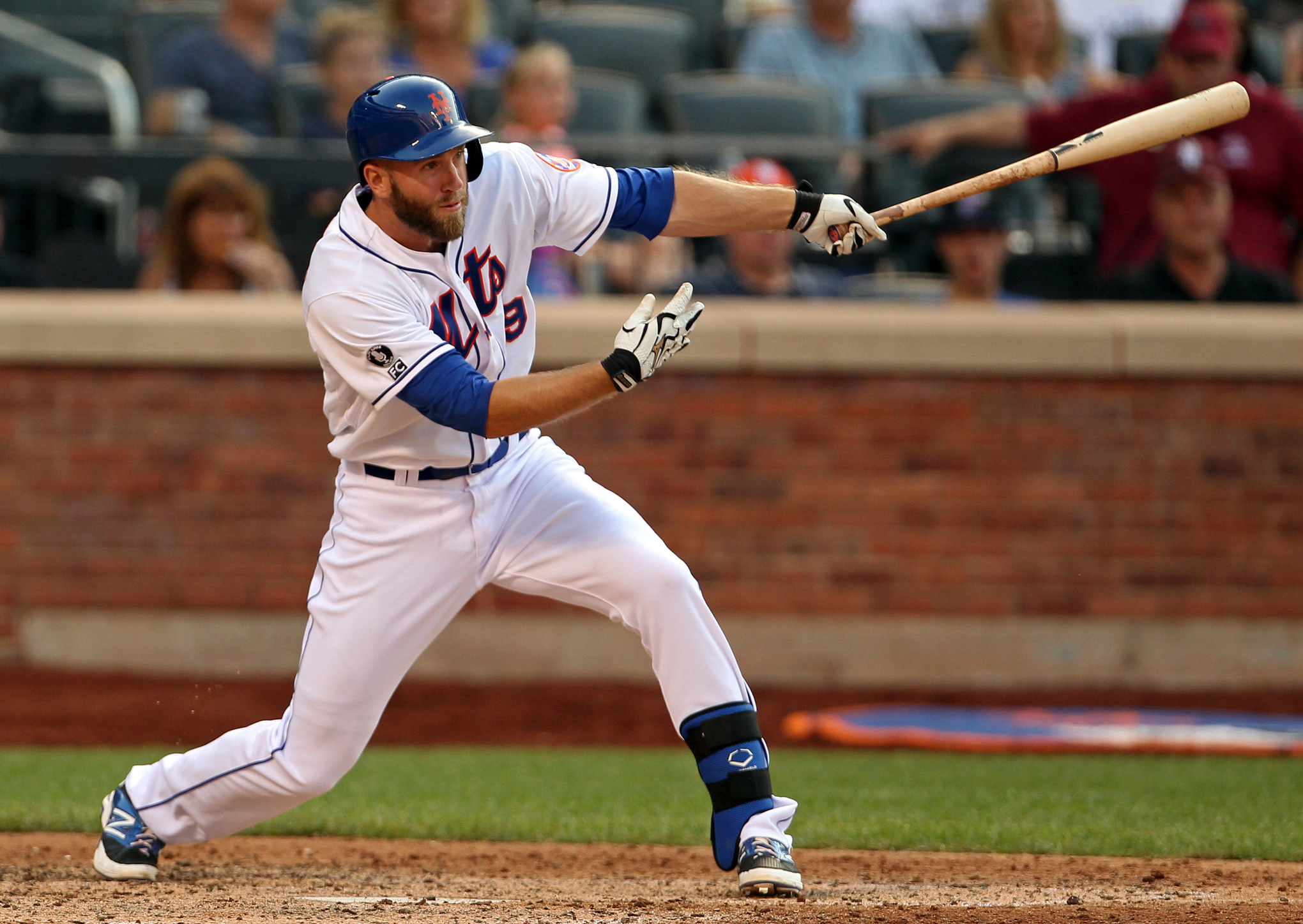 Campbell's ability to play around the diamond—and doing so adeptly per DRS and UZR—only helps his 2015 chances. Though he certainly won't be winning any Gold Gloves, Campbell more than held his own and did little to embarrass himself with the leather.

An interesting notation to his 2014 and future coincides with the progress of Duda. Despite a 30-homer campaign from the big left-hander, Duda struggled mightily against southpaws in 2014, leaving some to wonder if the Mets will be better served having a platoon at first base. After playing above-average defense at first, Campbell could find himself in the starting lineup against left-handed pitchers if Duda proves unable to handle them.