The journeyman relief pitcher had the best year of his career at the age of 36.

You probably didn’t know who Buddy Carlyle was before the Mets’ 2014 season. Drafted in the second round of the 1996 draft by the Cincinnati Reds, the 36-year-old has bounced around organizations—including one in Japan—over the course of his long professional career. He made his major league debut in 1999 for the Padres at the age of 21 and threw 37.2 innings with a 5.97 ERA while he was there. He pitched just three innings in the big leagues the following year and did not return until 2005.

Even then, Carlyle only threw fourteen innings. He didn’t pitch in MLB in 2006, but he made twenty starts and two relief appearances for the Atlanta Braves in 2007 but struggled to the tune of a 5.21 ERA in total. He had a good year out of Atlanta’s bullpen with 45 appearances in 2008 but really struggled in a brief stint in their bullpen in 2009.

Carlyle next resurfaced at baseball’s highest level in 2011 with the Yankees, but he threw just seven-and-two-thirds innings for them that year. He pitched for the Braves' Triple-A affiliate in 2012 and the Blue Jays' Triple-A affiliate in 2013. So when the Mets signed him in the middle of February this year, there was understandably little fanfare. But he did with the Mets this season was a significant—and pleasant—surprise.

Sent to Triple-A Las Vegas to start the year, Carlyle had a 1.27 ERA through his first eighteen appearances for the team. That earned him his first trip to the big leagues when the Mets needed an arm after a fourteen-inning loss to the Phillies in the late May. He made just two appearances before the Mets sent him back to Las Vegas, the first of which saw him pitch three scoreless innings in relief and the second of which one-and-one-third scoreless. 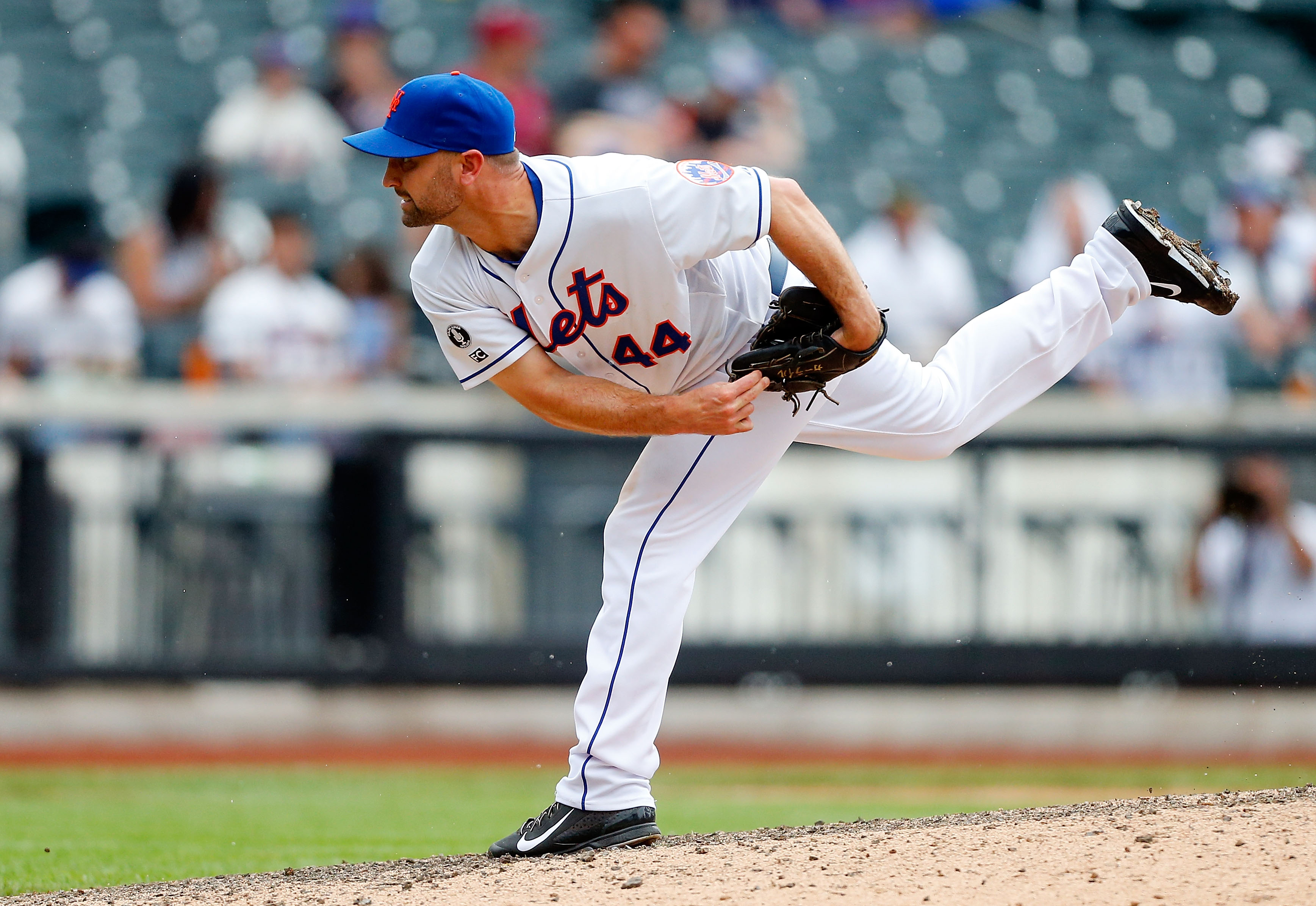 Carlyle rejoined the Mets in early July, and despite a DFA in the middle of the month, he made only major league appearances for the rest of the year—thanks, in part, to the injury sustained by Daisuke Matsuzaka not long after he had been designated for assignment.

In total, Carlyle threw 31 innings for the Mets over 27 appearances and had a 1.45 ERA and 2.65 FIP. He struck out 23.5 percent of opponents and walked just 4.2 percent. It was undoubtedly his best season as a major league pitcher. It wasn’t just the best of his career, though. Among 209 relief pitchers with at least 30 innings pitched this year, Carlyle ranked 11th in ERA, one one-hundredth of a run behind Greg Holland for 10th.

He did so using his four-seam fastball, which he threw nearly 60 percent of the time, a sinker, and a cutter. On a few rare occasions, Carlyle mixed in a curveball or a changeup. In terms of swings-and-misses, the cutter and four-seam were his most effective pitches. While the data for his career in the PITCHf/x era—which began in 2007—is fairly limited, his swinging strike rates by pitch type this year were far different from those of his major league career before 2014.

All of that leaves the Mets with a bit of a tough decision on Carlyle this winter. The journeyman is out of options, which means that the Mets would at the very least have to get him through waivers in order to send him to the minors next year. If retained, Carlyle figures to remain an affordable pitcher, even as he enters his second year of arbitration. The Mets also have a bit of a 40-man roster crunch coming up, as they need to add several minor league players to the roster to protect them from the Rule 5 draft but don't have a ton of room to work with.

Desired 2015 role: One of the best relief pitchers in baseball, of course!