What will David Wright's legacy with the Mets be?

Is the Mets' All-Star third baseman finished as a star player? Or is he simply entering the next stage of his career as the grizzled veteran?

Share All sharing options for: What will David Wright's legacy with the Mets be?

David Wright turns 32 on December 20, marking the beginning of the end of his prime as one of the greatest hitters in New York Mets history. The general view of hitters is that their peak years usually fall in the range of 27-32 years old, with obviously more than a few exceptions of players remaining top talents in their later years (Hank Aaron springs to mind) or peaking earlier than usual (Mike Trout, who may never repeat that same level of genius he displayed during his rookie year).

So what does this data make clear about Wright? The obvious is that Wright hasn't been anywhere near his top form in a few years. A big issue for Wright has been health. He's missed a good chunk of time in the past four seasons and one has to wonder how much these injuries are robbing him of his production. Other explanations for why Wright hasn't played near his peak level could also be his home ballpark's dimensions and the rest of his lineup failing to protect him. The Mets are hoping both of those problems have been fixed for 2015. Let's examine these issues one at a time.

Wright's injury history before 2011 was essentially nonexistent. With the exception of his 2009 season when a freak concussion landed him on the disabled list for a couple of weeks in August, Wright averaged 158 games played from 2005-2010. Since 2011, however, he's down to 126 games played and has suffered a wide variety of injuries like a lower back stress fracture in 2011, a strained hamstring in 2013, and a damaged rotator cuff in 2014.

Wright's injury last season is the most serious and has the Mets pursuing a rest-and-rehab approach as opposed to surgery to fix the problem. Wright's rotator cuff is extremely important to his overall play, primarily his ability to swing a bat, and his offseason rehab program will likely be closely monitored by the Mets. While still projected to be a Top-5 player at his position next season, Wright's recent injury problems make it difficult to imagine he can sustain a full season anymore.

Citi Field has long been an impediment to Wright's power as he's gone from a 25-30 home run threat to struggling to just hit 20 home runs. The ballpark, which opened in 2009, has become renown as a place where home runs go to die and whose dimensions seem to be almost perfectly suited to frustrate Wright.

Wright once carried a reputation for hitting opposite-field drives that regularly cleared the right field fences of Shea Stadium. Since 2009, however, he has seen his opposite-field home runs steadily decrease, largely due to the manner in which the right field fences at Citi Field retreat farther back. The result is Wright watching a lot of would-be home runs turn into warning-track fly balls, and so he's responded by becoming more of a pull hitter. Look at these graphics showing his last season in Shea Stadium in 2008 and this past season in Citi Field courtesy of Hit Tracker: 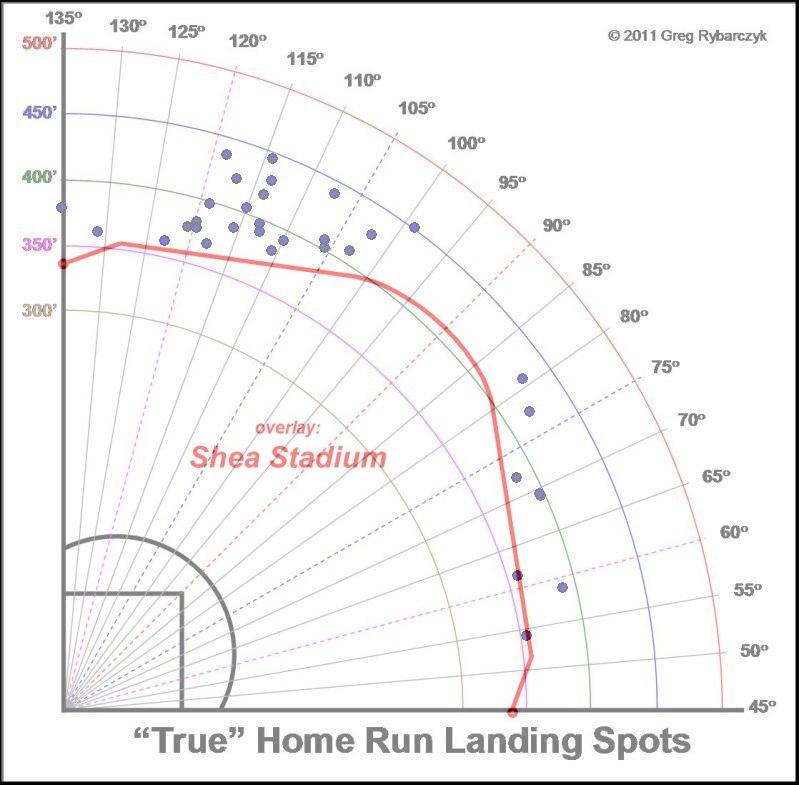 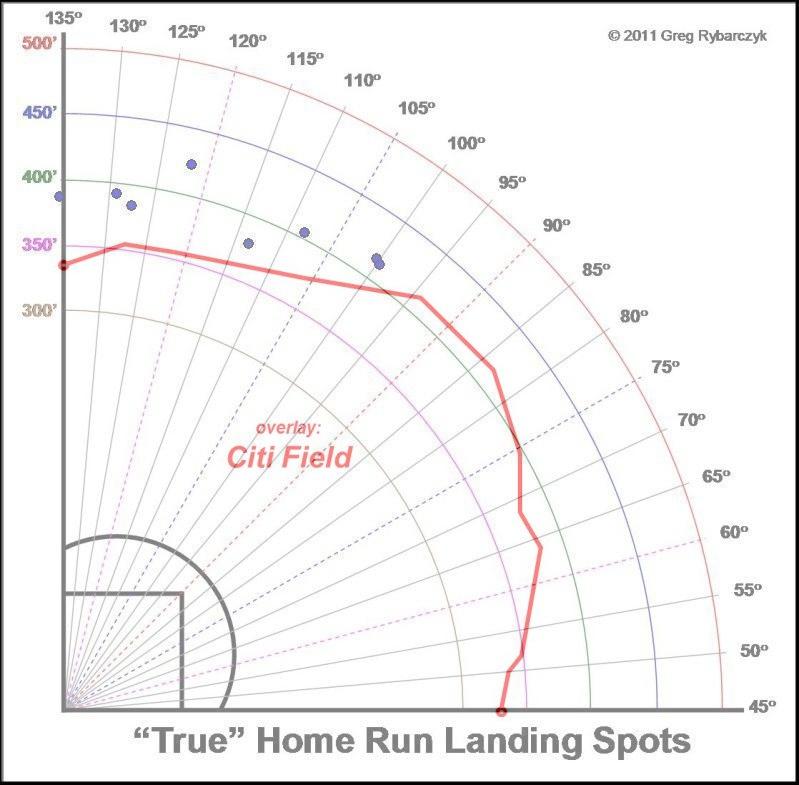 Wright hit ZERO opposite-field home runs last season. ZERO. That's bad. Now, Wright's home run numbers were the worst of his career so the lack of opposite-field home runs can be chalked up to Wright barely hitting any home runs anywhere last season, but it's impossible not to note that he used to hit much, much better at Shea Stadium. Wright's career slugging percentage at Shea Stadium was .555, whereas at Citi Field it is .452.

The Mets' plan is to adjust the dimensions of Citi Field once again and make them virtually the same as what they were at Shea. While the changes to the ballpark's fences may have actually been made to appease fans, there's little doubt that they'll help Wright regain his home run stroke.

Wright's lineups from 2009-2014 were not so good. Okay, they were just plain bad, especially when you compare them to the slugging lineups of 2006-2008. Once Carlos Beltran was traded in 2011, it marked the last time Wright would have an All-Star hitter protecting him in the lineup. Yes, Ike Davis had one good year, but other than that it's been pretty ugly. The Mets are betting that the 2015 lineup will provide much more protection than in past years. The emergence of Lucas Duda and Travis d'Arnaud as the club's new power threats last season were bright spots, along with the signing of veteran Michael Cuddyer this offseason, and the hopeful comeback performance of Curtis Granderson. Granderson and Duda should also benefit from the fences being moved in again in right field.

Wright isn't the only former star third basemen who struggled as he got older. Scott Rolen's career remains the most similar in history to Wright's through their age-31 season according to Baseball-Reference.com. Their are some differences between the two players (Rolen was a vastly superior defender but was never really the primary hitter for the Cardinals or Phillies in his prime, and was never as good as Wright was at getting base hits or stealing bases), but their role as middle-of-the-order sluggers with a talent for drawing walks is pretty comparable.

Rolen did experience a bounce-back season in 2010 with the Cincinnati Reds, but he was out of baseball just two seasons later at age 37. Rolen was crippled by injuries over his final years and he never played in more than 133 games a season after 2006. Is Wright destined to follow in Rolen's footsteps? We know that Wright's contract with the Mets will run out in 2020 when he will turn age 37 and, while he doesn't seem like the type to retire early, who knows what shape Wright will be in at that point?

This is, of course, all speculative. Wright may get himself healthy and begin to resemble the player he used to be. There is nothing to suggest that last season's struggles could mean he is set for a precipitous career decline, or any decline really. The wonderful thing about baseball is that there always seems to be a chance they can fix their mistakes or improve themselves and continue to play at a level that amazes us. David Wright is arguably the greatest position player in New York Mets history, and we all hope he has many years left in baseball and that he will continue to play his best until the day he hangs up his cleats.