Matt den Dekker struggled in limited action at the major league level in 2013. What can we expect in 2014?

The Mets had a minor league center fielder make his major league debut in 2013. His bat was nowhere near league average but his glove was strong enough that during the second half of the season he was playing every day. In fact, the glove was so elite that it was a shock when he was not named a finalist for the Gold Glove.

I am, of course, referring to Juan Lagares, but if we wound back the clock a year and presented the above paragraph as a Jeopardy answer, the question all Mets fans would have given is, "Who is Matt den Dekker?"

It's easy to forget that at this time last year den Dekker was considered the best outfield glove in the minors. A broken wrist in spring training delayed the start of his season until mid-June, allowing Lagares the opportunity to usurp den Dekker's status as the best glove in the organization.

The Mets did eventually call den Dekker up after he hit .296/.366/.486 in 202 plate appearances in Triple-A, but he looked overmatched in sporadic playing time for the big league club. The glove was fine, but the bat was a mess, as he struck out in 36.5 percent of his 63 plate appearances. 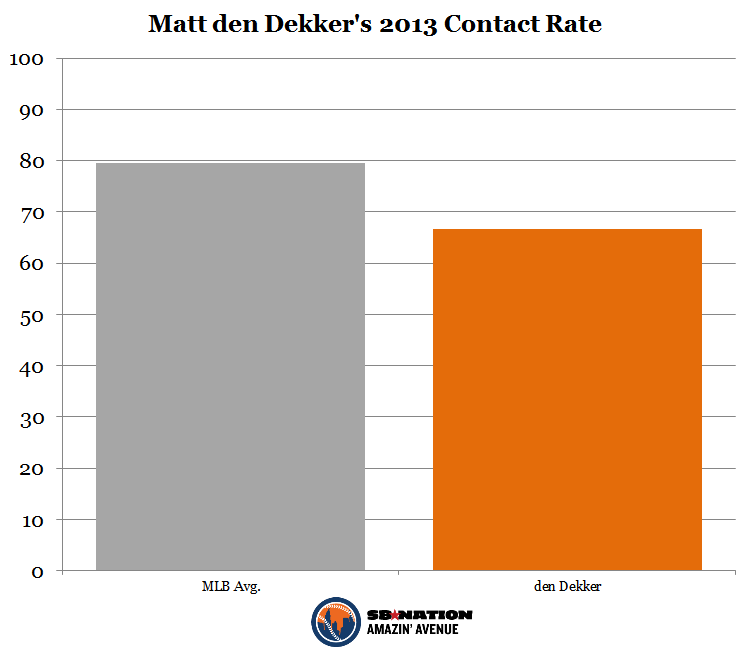 The strikeouts are the key for den Dekker. If he can bring the strikeout percentage down under 25, there's a chance he could be a similar player to Lagares, perhaps a little less glove with a little more pop and patience.

Expect den Dekker to begin the season in Vegas, where he will certainly be working on his ability to make contact. A good thing about den Dekker is that he has improved at every level the second time around. Provided he is able to keep the strikeouts under control in Vegas, don't be surprised if he gets another shot with the Mets, especially if there is an injury early in the season.