Our top prospects series rolls on as we discuss a group dominated by power-armed righties, a superlative which also happens to describe the farm system as a whole.

After yesterday's interesting mix of long-term promise and near-term readiness, the trend of pitching-rich groupings continues. In fact, 'pitching-rich' is a trait which pretty well describes the entire pipeline -- a pleasant departure from the recent history of the club's farm system -- so get used to hearing those words.

For anyone that missed it yesterday, it is worth mentioning that we've changed our ranking system this season to an aggregated approach. Specifically, these rankings capture the varying thoughts and insights of the entire Amazin Avenue minors team -- giving us a more well-rounded final product.

And now on to the rankings: 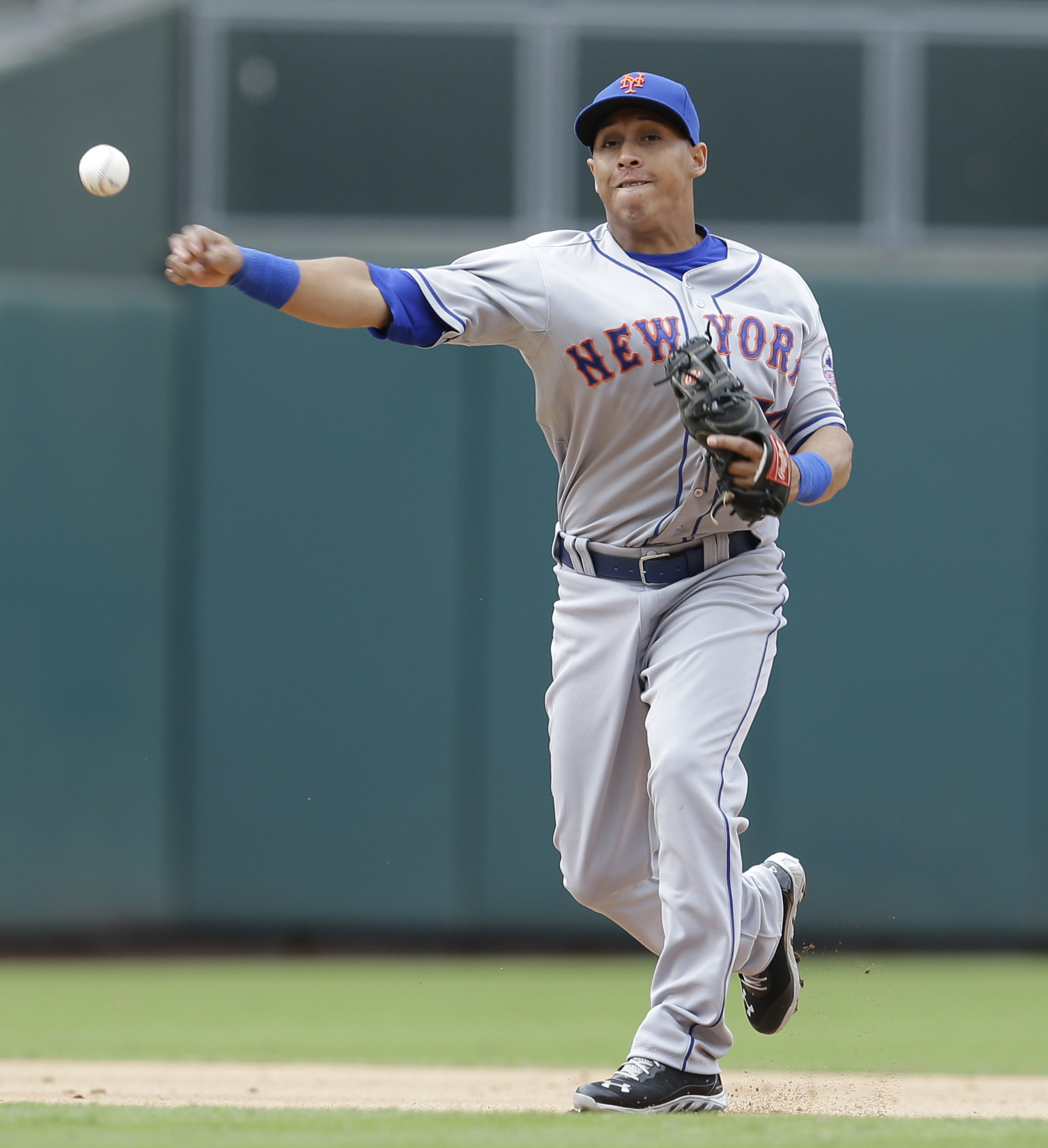 Signed with the Mets as in international free agent on October 12, 2007 (Miranda, Venezuela).

Mets fans got a taste of the Wilfredo Tovar experience last summer when he was called up for a brief, seven-game cup of coffee to end the season. And what exactly is that experience? The same thing it has been for years: nifty defense and a contact-oriented singles approach at the plate. In fact, there's very little new evidence to report from Tovar's 2013 as he batted .263/.323/.340 in 133 games for Binghamton -- which is pretty much what we'd expect from the diminutive 22-year-old. What it does tell us is that the kid is a legitimate major league player. The upside is lacking thanks to a Ruben Tejada-like toolbox; but the glove will play at one of the two most important defensive positions on the field -- and that's enough for a career as a cheap, back-up middle infielder. And who knows; perhaps if his plate discipline continues moving in the right direction, in seasons where the BABIP fairy favors him he may look like a decent second-division starter.

Signed with the Mets as an international free agent on June 9th, 2008 (Veracruz Mexico).

The 21-year-old converted infielder took another big step forward after putting his name on the map in 2012 as a member of the outstanding Brooklyn staff. The Mexican righty posted an excellent 3.16 ERA in his first full season as a starter, striking out a very strong 23% of batters while walking just 3.5% of them. The arm strength was no surprise from the former shortstop as he worked his fastball into the mid-90s; the command of that pitch, however, was quite surprising for someone with much less experience relative to his peers. Consider that he walked just three more batters than noted command aficionado Gabriel Ynoa. In fact, it's interesting how well Cessa's peripherals stack up against the organizational Sterling Award winner. While he doesn't have the same depth of secondary offerings, it's indicative that Cessa too may have a career at the big league level one day -- though probably as a reliever when all is said and done. 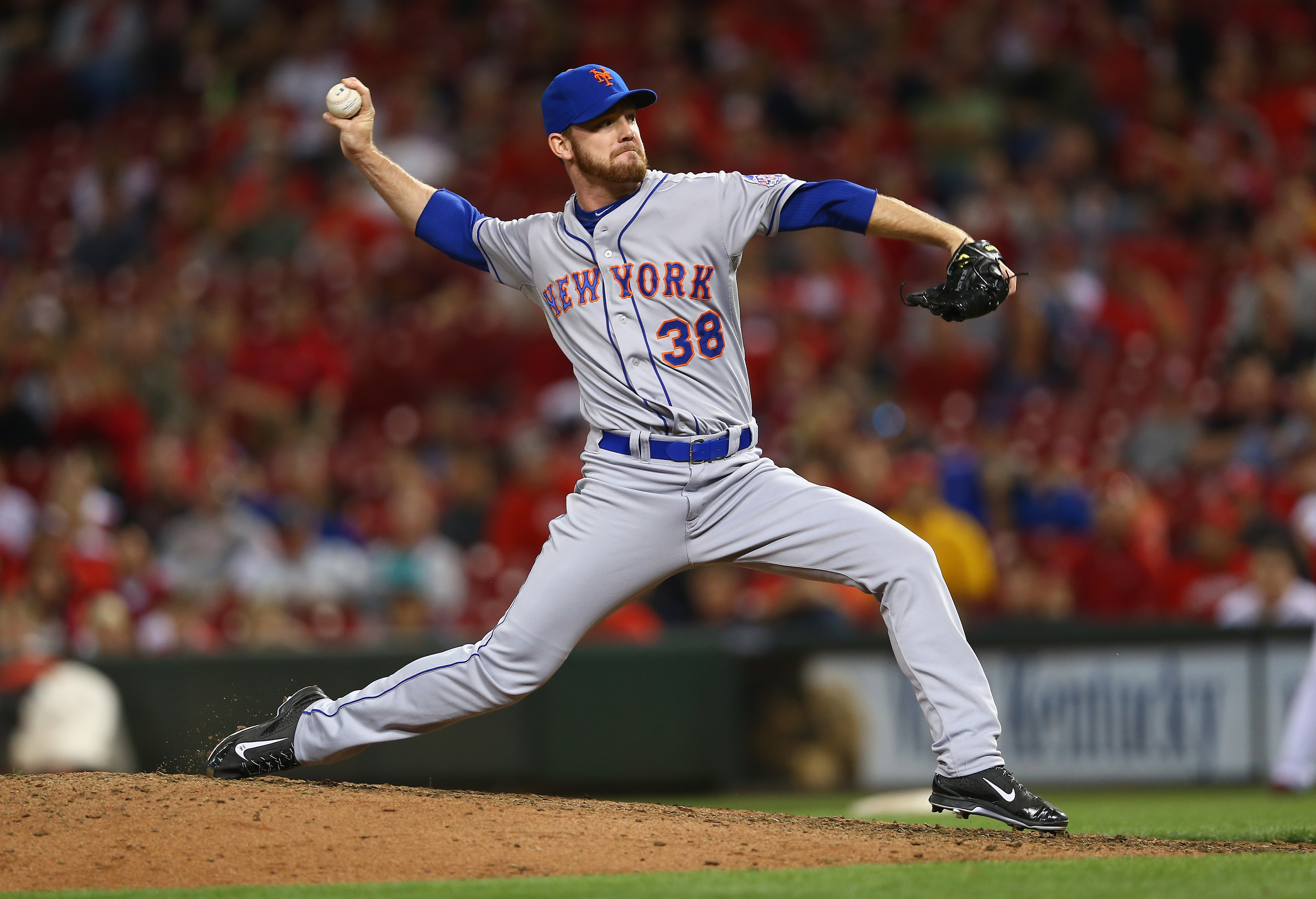 The hard-throwing righty was a boon to the Mets bullpen after he was acquired via trade from the Pirates late in 2013. Black was extremely effective in his major league debut, posting a 3.71 ERA in 18 games with the Mets while sufficiently answering the question about whether he was ready for the big leagues. In fact, the 24-year-old showcased the kind of electric fastball that flirts with triple-digits and has some projecting a career finishing games. In the meantime, Black will come into camp as the favorite for eighth-inning work as well as the role of Bobby Parnell's primary understudy. The pair of rocket-armed righties figure to anchor an intriguing Mets bullpen seemingly built on the dual pillars of youth and velocity. 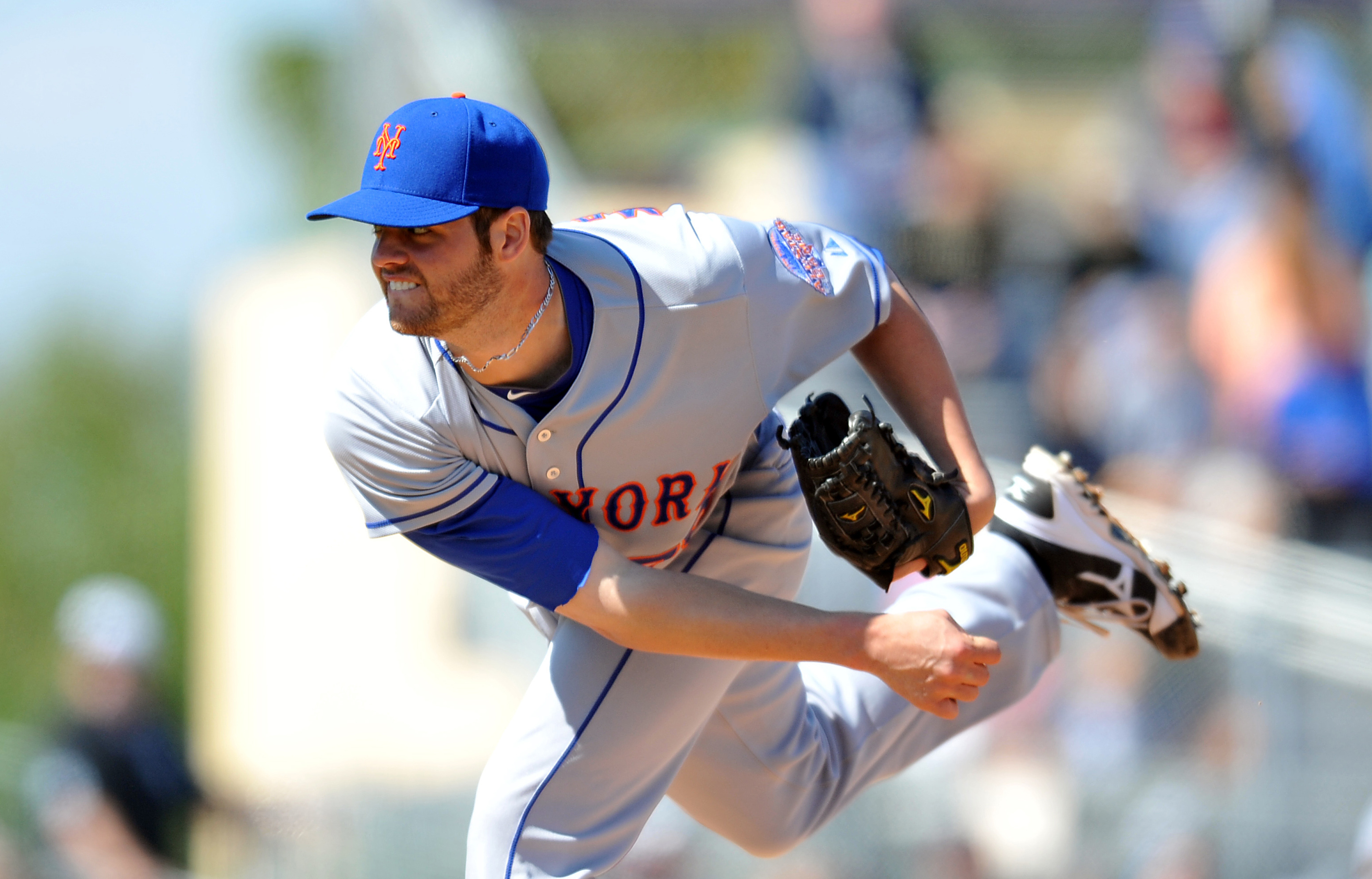 Drafted by the Mets in the second round of the 2011 MLB Amateur Draft (North Carolina State University).

The 2011 second-rounder out of NC State had an up-and-down 2013 -- much like he has for most of his professional career. Mazzoni posted a deceivingly high 4.36 ERA in 13 games (12 starts) for the B-Mets, which was supported by some very strong peripherals -- not to mention a 2.70 FIP. While he continued to hit his spots, walking just 6.7% of batters, he posted a stellar 26.2% strikeout rate -- which was over a 10% improvement from the mark he posted in his Double-A debut in 2012. Specifically, he seemed to gain a lot of traction down the stretch as he struck out eight or more batters in four of his final seven starts, twice reaching double-digits.

The problem is that the 24-year-old continued to battle minor injuries throughout 2013, missing time due to elbow as well as knee ailments. The slim, 6'1" righty has yet to prove that he can hold up to a starter's workload as a pro -- which may not be a big problem looking ahead to 2014. Going forward it sounds like the Mets will finally begin transitioning Mazzoni into the bullpen, a role where his low-to-mid-90s fastball and developing slider will likely play up and hopefully injuries become less of a concern. Mazzoni will likely audition for a role in the Mets bullpen this spring and could very easily join the club when they break camp.

"The organization is high on Mazzoni, as evidenced by their taking him in the second round of the 2011 draft and his second straight invitation to major league camp this spring. With a fastball that regularly reaches the mid-90's and strikeout-per-nine above 10 last year, I think it's too soon for the rumored move to the pen." 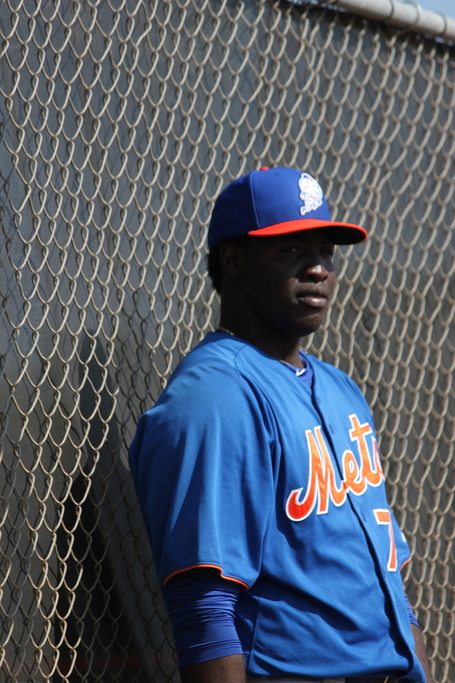 Signed by the Mets as an international free agent on February 16th, 2009 (Santo Domingo, Dominican Republic).

The 22-year-old Tapia had a mediocre season in 2013, succumbing to his rawness in posting a disappointing 4.78 ERA in 22 starts for St. Lucie. After some early-season stops and starts due to injury, the big righty never seemed to find his groove as he only managed to post an ERA below four in one out of five months. The problem was almost exclusively that he effectively doubled his career walk rate (5.65) -- a surprising regression in an area of his game that once looked like a strength. The good news is that the boring, mid-90s fastball looked fine and opposing batters managed just .231 with three home runs against him. While the continued stagnation of a secondary repertoire throws more cold water on a long-term career in the rotation, Tapia is a consolidation year where he figures out how to limit the free passes away from regaining the steam that made him a top five arm in 2013.