One half of the return for Marlon Byrd and John Buck, Herrera adds an element of athleticism in the middle infield that the Mets' system has been missing for years.

Acquired from the Pirates in the trade that sent Marlon Byrd and John Buck to Pittsburgh in August 2013. Originally signed with the Pirates as an international free agent in 2010 (Cartagena, Colombia).

In what's becoming an annual tradition, Sandy Alderson netted another top prospect by way of trade when he sent Marlon Byrd and John Buck to Pittsburgh for Dilson Herrera and Vic Black just before the trade deadline. The 19-year-old Herrera appeared in only seven regular season games for the Sand Gnats, though he shot to the top of the Mets' farm system thanks to a strong bat paired with a true middle infield profile, a combination that this organization has been sorely lacking of late. 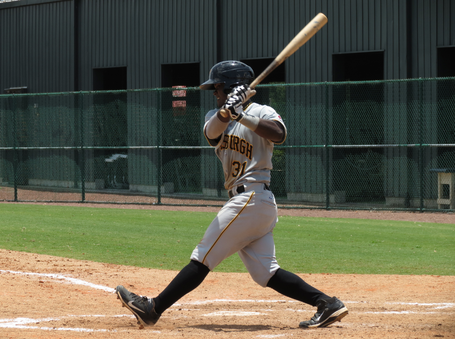 Herrera stamped his blue chip status in 2013 on the strength of a good glove at second, above-average footspeed, and, most of all, surprisingly strong pop from the right side despite his small size (5'10", 150 lbs). The problem is that the diminutive infielder also features a healthy amount of swing-and-miss in exchange for that power, which will likely cut into his average as he climbs. It's still early on the development curve, but if Dilson can continue to move in the right direction the long-term picture could resemble something like a pre-2013 version of Danny Espinosa. Additionally, there are rumblings coming out of the organization that Herrera will get a shot at shortstop in 2014, which, if successful, would boost his value tremendously. As an aside, Herrera will also attempt to become the first Colombian in Mets history.