We all know that Yankee Stadium has a short right field porch and that Curtis Granderson is a left-handed hitter who surely took advantage of that. How many of those Stadium home runs would have been homers at Citi?

Share All sharing options for: Mets Stat Of The Day: Granderson's Yankee Stadium power at Citi

In Curtis Granderson's last full season as a Yankee, he hit 43 home runs, 26 of which came at Yankee Stadium. It is easy to assume that many of those were with the benefit of the short porch in right field. Thanks to the site Katron.org, we can use a tool to track the location of balls in play in one stadium versus another.

If we assume that balls that touch the wall were not home runs, then eight of Granderson's 63 Yankee Stadium home runs would have stayed in the park had they been hit at Citi Field (all else equal). Of course, as much as the porch is short in right field at the Stadium, left field in the gap is cavernous. Granderson hit three balls in play that weren't home runs at Yankee Stadium that would have been at Citi, all to left field. 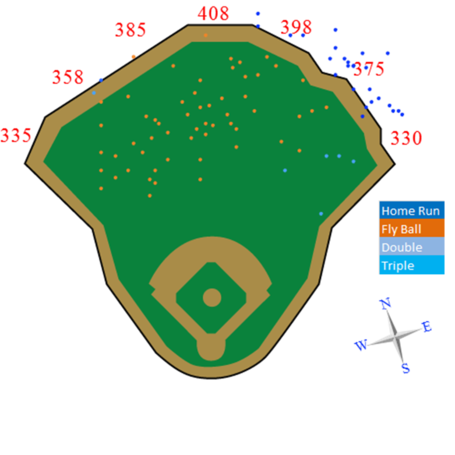 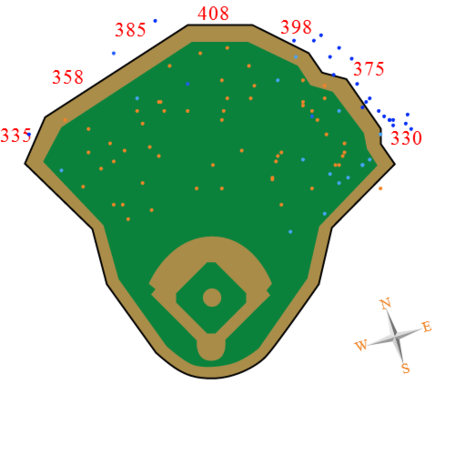 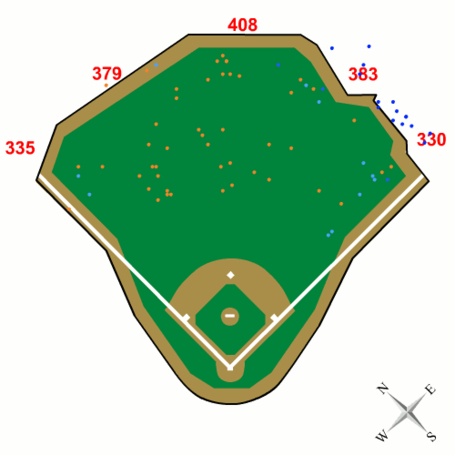