The 2011 first-rounder from Wyoming hasn't lit up the box scores as a pro; however, he's shown the kind of unique skillset to remain atop the Mets farm system.

Drafted by the Mets in the first round of the 2011 MLB Amateur Draft (East HS - WY).

It was an odd year for Nimmo, who clearly didn't light it up -- his final line was .273/.397/.359 with two home runs -- but still showcased the kind of offensive ability to give Mets fans reason to be optimistic moving forward. His play in the outfield remained strong based on good instincts, though as he continues to add bulk -- something he's doing very effectively -- I'm not sold that he maintains the footspeed to play center field at the highest level. In fairness, his season would likely grade as an incomplete as he experienced a lingering hand/wrist injury that put him on the shelf in May and clearly affected him throughout the summer. In fact, it's hard to take much away from his season aside from the fact that we'll have to wait and see more next year. If there is one tangible takeaway it's that he continued to showcase a special eye at the plate and at certain points, the strong hit tool from the left side that had Mets brass excited to grab him in the first round in 2011. Scouts also continue to insist that the in-game power should come, based on the smooth stroke and developing strength. 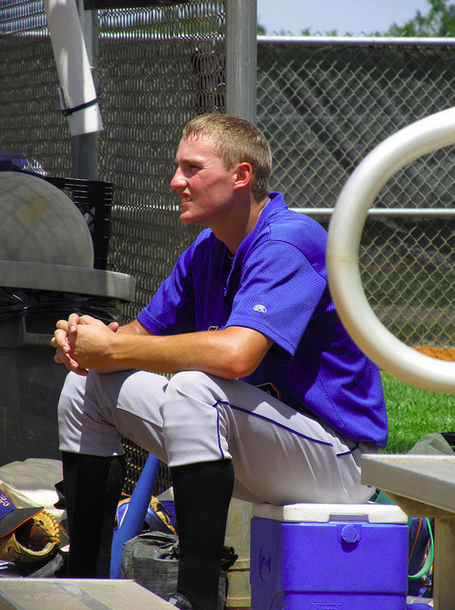 That said, Nimmo struggled mightily at times looking especially hopeless against lefties -- against whom he had just four extra-base hits all season. (In fact, since becoming a pro he has just 11 extra-base hits against lefties.) He also featured the highly worrisome combination of an alarmingly high 27% strikeout rate and a woefully low .086 ISO in 2013. But again, it's difficult to distinguish how much of that is real and what was the injury, as various reports had him looking off for long stretches of the summer. Once again, there is little more to take from his season than the fact that we need to wait and see more from Nimmo, who will turn 21 just before the season starts in 2014.

"Nimmo overcame a hand injury to post a .324/.473/.412 line in August, leading us to dream on what he might be capable of when fully healthy. Keep an eye on his strikeout rate and isolated slugging -- an improvement in those areas could mean a mid-season promotion from his likely opening assignment in St. Lucie up to Binghamton."