The Mets' first-round selection in 2013 has already surpassed their last two top picks.

Drafted by the Mets in the first round of the 2011 MLB Amateur Draft (Serra HS - CA).

The Mets' first-round selection in 2013 quickly justified his standing by posting a very strong professional debut. Touted as perhaps the best pure hitter in last summer's draft class, the 19-year-old Smith lived up to expectations by showcasing a very sweet swing from the left side, complete with good power, strong contact skills, and, most of all, superb plate discipline. In fact, beyond his impressive .301/.398/.439 line, Smith's 12 percent walk rate led the Gulf Coast League while he managed a solid .120 ISO with the Mets. Scouts marveled over his offensive ability and openly project a potential middle-of-the-order bat—with a glove to match at first base. 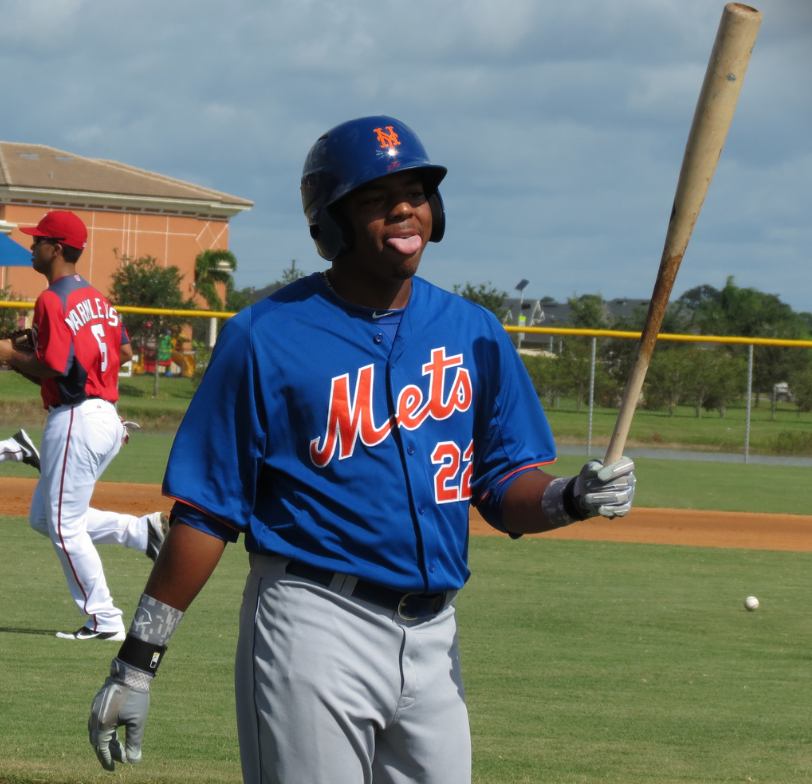 In short, Smith was a breath of fresh air for a system that has weathered uninspiring debuts from each of its last two top picks, both of whom were also high school hitters. That's not to say that there aren't concerns; namely, Smith's 6-foot frame causes some to wonder if he'll continue to develop classic first baseman power. Though it's obviously very early, Smith has indisputably shot to the top of the list of solutions for the Mets long-term dearth of impact positional talent with scouts and evaluators alike envisioning a cornerstone first baseman.