Kaz Matsui: Where is he now?

Deemed by author Robert Whiting "the Alex Rodriguez of the Japanese game," Kaz Matsui failed to live up to expectations. Still, the middle infielder carved out a short-but-decent career in the United States for himself. What has he been up to since his last MLB appearance?

Share All sharing options for: Kaz Matsui: Where is he now?

In 2002, the Yankees inked Hideki “Godzilla” Matsui to a seven-year, $73 million contract. Matsui had a lackluster rookie season, but he still was worth the money. He played in every game that year, hitting .287/.353/.435 while socking 16 home runs. The following offseason, the Mets imported a Matsui of their own by signing Osaka native Kazuo Matsui.

Looking at their respective positions and contracts, one could have made the case at the time that the Mets were getting the better of the two Matsuis. Godzilla was more productive at the plate, but Kaz had more tools—and was not locked into a long-term contract. If Kaz did not pan out, he would not be a significant burden on the team’s payroll for very long.

As fate would have it, the player the Mets signed was quite different from the player they were expecting. During his time with the Mets, the middle infielder hit only .256/.308/.363 with little power and shaky defense. 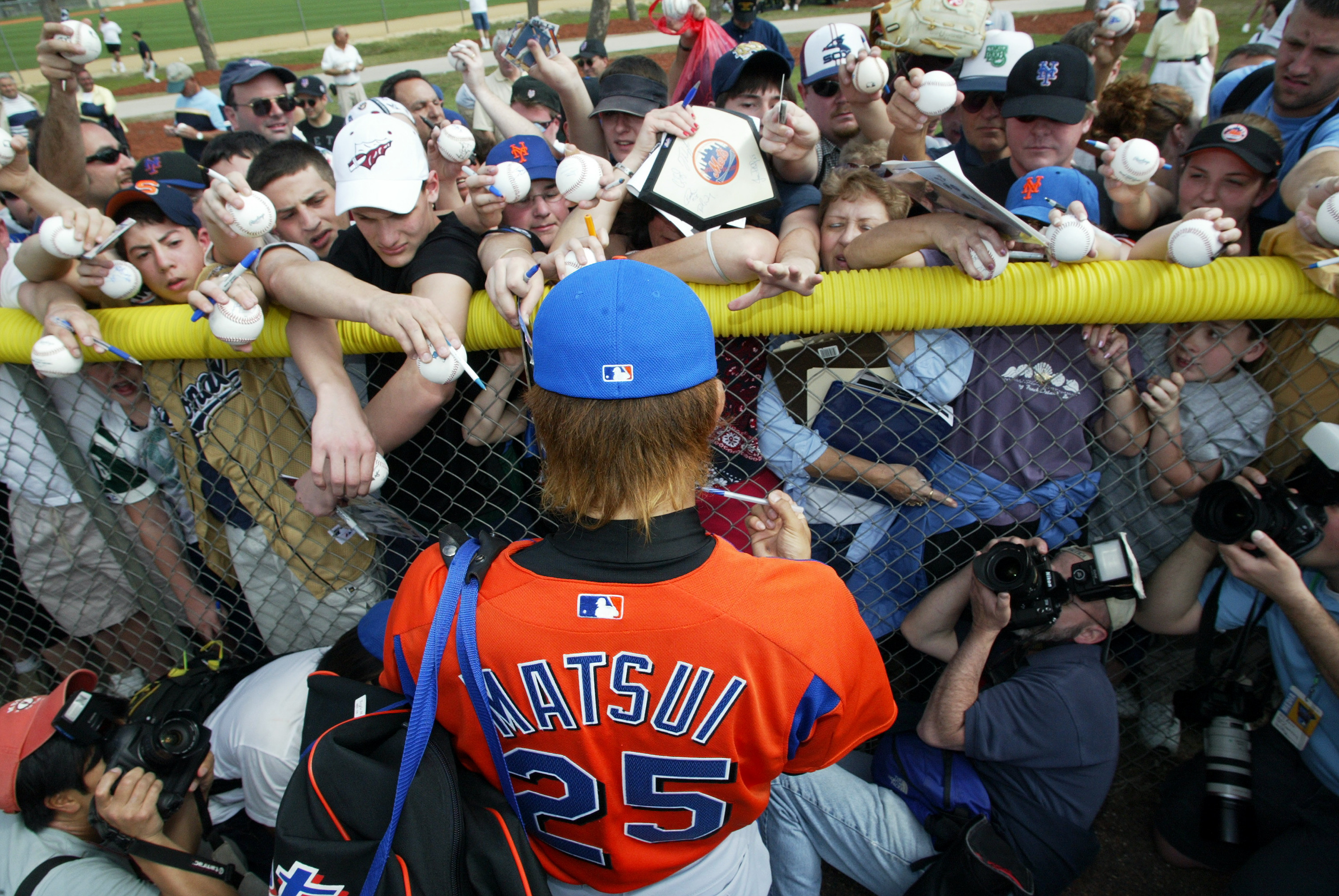 Matsui’s first season with the Mets was not all bad. He hit a respectable .272/.331/.396, which was on par with the National League average of .263/.333/.423. He stole 14 of 17 bases, and generally seemed to be an astute baserunner. On the field, things were a bit less rosy. He committed 23 errors, and at times looked lost at his position. Complicating matters was the fact that his presence at shortstop blocked then-prospect Jose Reyes, forcing Reyes to play second base. This situation was problematic for Matsui, Reyes, and the team.

Despite having a disappointing year, Matsui placed 6th in Rookie of the Year voting, losing out to winner Jason Bay, Khalil Greene, Akinori Otsuka, Aaron Miles, and Matt Holliday.

Matsui’s 2005 season was marred by injuries and a cold streak, and things would only get worse from there. In the first three months of the season, Kaz appeared in only 58 games, hitting a mere .234/.284/.321. By midseason, he had been supplanted as the everyday second baseman by Miguel Cairo and Marlon Anderson. Thanks to a combination of injuries and his poor performance on the field, he appeared in only 29 games in the second half of the season. Although the front office soured on him, Matsui did hit an improved .301/.337/.422. in those games.

By midseason the Mets were ready to unload Matsui. In exchange for the aging infielder, the Mets received 32-year-old back-up catcher Eli Marrero from the Colorado Rockies. Marrero appeared in 30 games with the Rockies that year, hitting .217/.347/.467. With the Mets, the Cuban appeared in only 25 games and hit .182/.282/.394.

While the Mets were happy to clear Matsui from their roster and ledger, the Rockies received a player they could use. In the crisp, thin air of Coors Field, the switch-hitter thrived, hitting .345/.392/.504 in 32 games. That winter Colorado re-signed Matsui to a one-year, $1.5 million contract. The gamble paid off, as he hit .288/.342/.405 for the Rockies in 2007, setting MLB career highs in numerous offensive categories. In addition to regaining his stroke with the bat, he became friskier on the base paths, stealing 32 bases in 36 tries.

Kaz had 118 hits in 2007, but one of his most important hits came in the playoffs. In Game 2 of the 2007 NLDS, with the Rockies trailing 3–2 in the fourth inning, Matsui sent a Kyle Lohse offering into the Philadelphia night for his first career grand slam. That gave the Rockies a lead they would not relinquish. He also hit a triple and a double in that game, leaving him a single shy of the cycle. 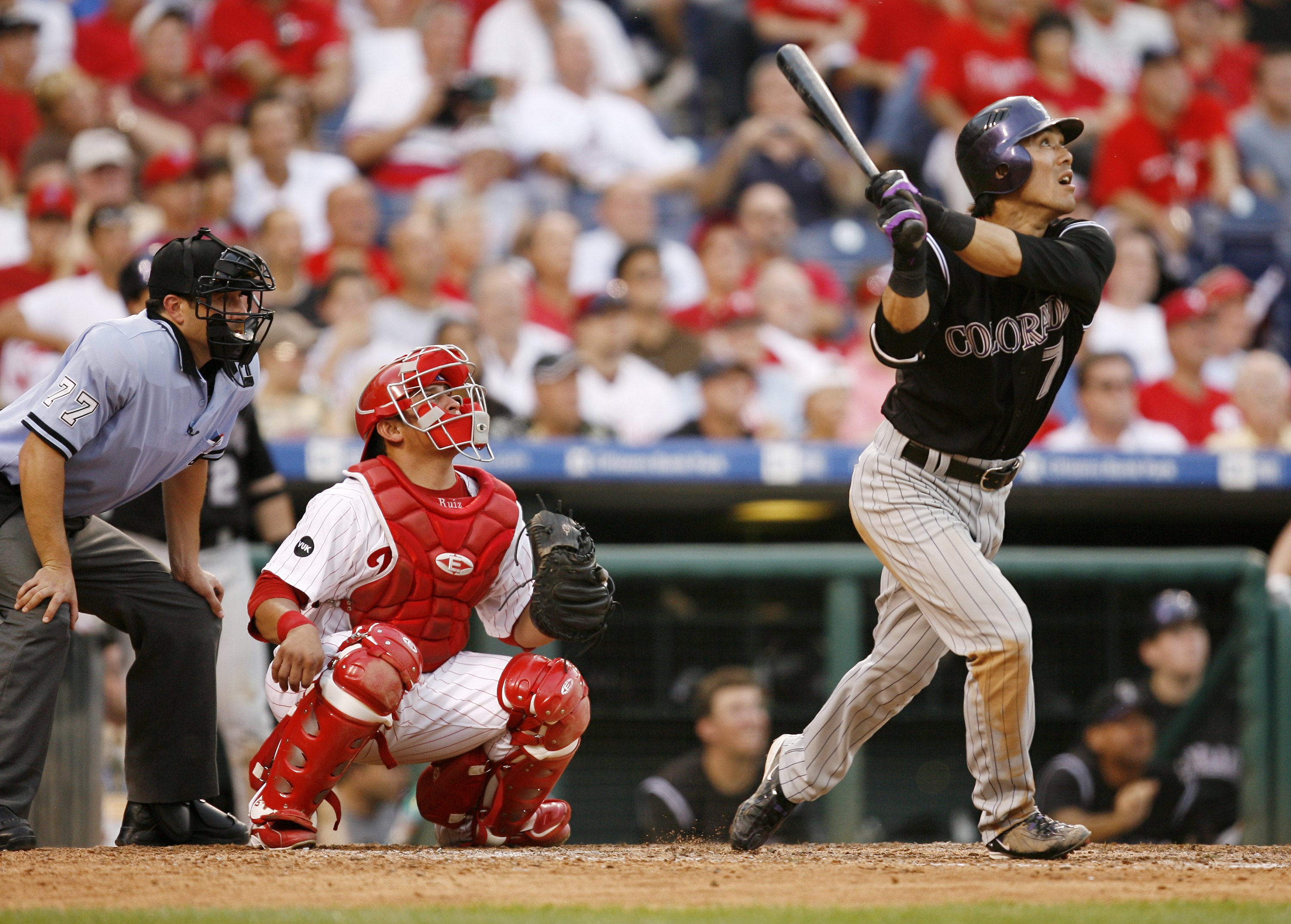 After his successful stint with Colorado, Matsui inked a three-year deal with the Houston Astros worth $16.5 million dollars. The Astros felt that Matsui was a cost-effective way to fix one of the many holes in their lineup. Unfortunately for general manager Ed Wade, Matsui would need to fix his own problems before he fixed any for the Astros.

Houston released the aging second baseman in late May 2010 after he hit a measly .141/.197/.155 in the first two months of the season. He was picked up by Colorado and assigned to their Triple-A affiliate, the Colorado Springs Sky Sox. Despite playing in one of the Pacific Coast League’s most hitter-friendly parks, Matsui put up lackluster numbers. He ended the 2010 season hitting .262/.331/.349 and has not played for a professional team in North America since.

After the 2010 season, Matsui fired his longtime agent Arn Tellem and hired John Kim to begin preparing for the next phase of his life. At 35, was he going to fight for a spot on a Triple-A team, or was he going to return to Japan where he would be signed more for his name than his bat or glove?

"I wonder which it will be. It’s a tough question,” Matsui said at the time. In the end, it proved a fairly easy decision to make. He received no interest from MLB teams, but multiple NPB teams were interested in signing him.

Roughly a decade after he left Seibu, the baseball veteran had resurrected his NPB career by signing with the Tohoku Rakuten Golden Eagles, inking a two-year deal worth ¥150 million (roughly $1.5 million). In his introductory press conference, Matsui mentioned the Eagles’ excellent pitching as one reason he signed with the club, affirming the excellence of Hisashi Iwakuma and foreshadowing the excellence that Masahiro Tanaka would one day have.

Although his season was unimpressive overall, Matsui did achieve two professional accomplishments, hitting his 400th career double on April 30, and recording his 1,500th NPB hit.

His 2012 campaign wasn’t much better. Lower back pain that kept him out of the lineup at the beginning of the season and dizzy spells in July limited the 36-year-old to 106 games. He hit .266/.312/.408, and while time was catching up to the elder middle infielder, Matsui still had a place on the team. As Jason Coskrey wrote in the Japan Times, “The plays aren’t as flashy or spectacular as they used to be, but Kazuo Matsui still makes them.” 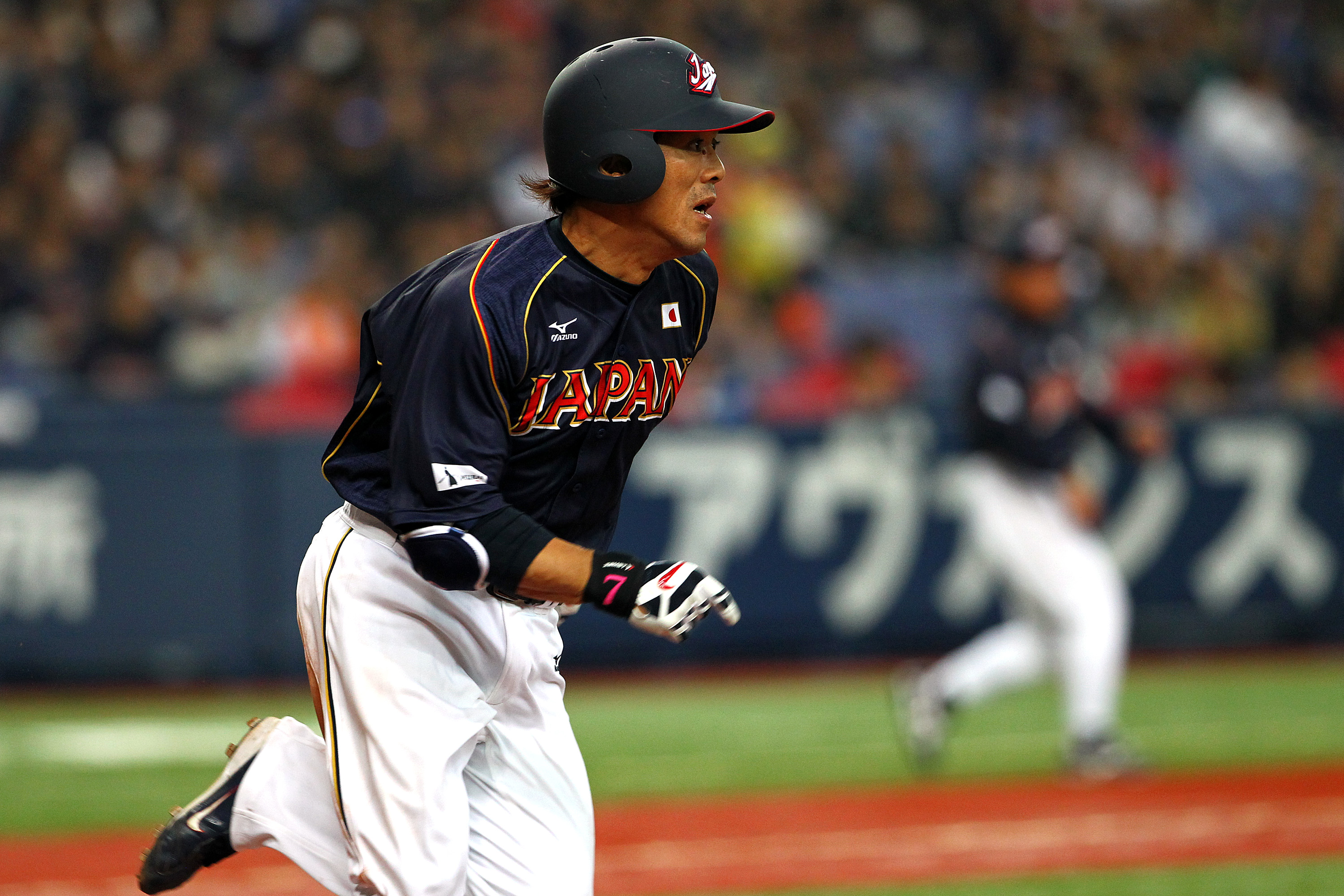 Rakuten retained his services for the 2013 season, re-signing Matsui to a one-year, ¥130 million (roughly $1.2 million) contract. They named him team captain, giving him an opportunity to serve as a veteran leader for younger players looking for advice. He began his 2013 season with the World Baseball Classic and was the only member of the Japanese team with MLB experience. He appeared in six games and had 11 plate appearances. He reached base just once, via a walk.

The regular season wasn’t much different, as Matsui managed to hit only .248/.311/.388. His presence on the team was not completely superfluous. Early in the season, Kaz told reporters that he has "been fortunate to have experienced so many things, both in Japan and the majors,” hinting at his impending retirement. However, late in the season Kaz came up clutch and slugged a game-winning home run to keep the Eagles’ playoff hopes alive, and made a great play in Game 4 of the Japan Series to rob the Yomiuri Giants of a hit. The Eagles would go on to win the Japan Series title four games to three.

In November 2013, Rakuten re-signed Matsui, giving him a one-year, ¥160 million contract—a ¥30 million yen raise from 2013. Retirement may not be far in the future for the former Japanese MVP, but he can now add a league championship to his list of accomplishments in a long baseball career.