Put It In The Book: An interview with Howie Rose, Part 1

Share All sharing options for: Put It In The Book: An interview with Howie Rose, Part 1

At the end of last season I traveled out to Citi Field to interview Howie Rose. We turned part of our conversation into a radio show, which you can access here, but we covered a lot of other topics as well. Amazin’ Avenue is being kind enough to let me share the rest of the interview here.

Peter Thomas Fornatale: Howie, talk to me about your experience in writing your book.

Howie Rose: It’s been a fun experience, and you’ve been involved in books yourself for quite a while so you know the thrill of actually seeing the finished product that you worked so hard and nurtured to get to the point where somebody might actually be interested in reading it. And I think the reviews have been basically positive. It’s been out since spring training [of 2013] now, and people are still asking me to do signings and asking me about the book, so I guess that’s a pretty good sign.

PTF: I was thrilled to see that the first chapter is about the Johan Santana no-hitter. And that was just such an amazing moment for all Mets fans. It was very bittersweet for me because I had wished my dad had been around to get to hear you call it. But I just want to talk to you a little bit about what went into that call and how it came about.

HR: Everything was surreal. There was nothing to prepare for whatsoever. It wasn’t until he got that second out in the ninth inning that he was walking into uncharted territory here, in New York. Seaver came within one out, in Chicago, in ’75. But when he got that second out of the ninth inning, that’s probably the first time I started to really believe it could happen. But, having said that, I was waiting for the other shoe to drop all night, if only because it always did. I was just one of those people convinced that it had been fated that they would never pitch a no-hitter, for some esoteric reason way beyond my pay grade or comprehension.

So, there were no preparations for the final call. The only thing I calculated—and I still feel very uncomfortable about it—is that I never uttered the phrase ‘no-hitter’ until it was over. And that’s something that I’d always been adamantly opposed to, the idea of relying on superstition to get through a broadcast. If a guy has got a no-hitter, I’ve got to say he’s got a no-hitter. I don’t know what came over me on this night, but eight thousand and nineteen games had been played and no one had pulled it off, so I figured ‘Ah, what the heck? Let’s try this.’ And darn if he doesn’t take it to the ninth inning and … well, you know the rest.

I guess if there’s anything I’m proud of, about the call, is that I didn’t even think to say ‘Put it in the books’ until about sixty seconds had passed, because there was too much going on. And the beauty of radio, as you well know, and the greatest challenge of radio, is to paint that picture in as much detail, and as deep a tone, as you possibly could. And so, when the no-hitter was complete, all I was intent on doing was describing the reactions, what the fans were doing, what the players were doing. And then, after about a minute it dawned on me, ‘Put it in the books.’ [Laughter]. And, I’m kind of proud of that, in a roundabout way. 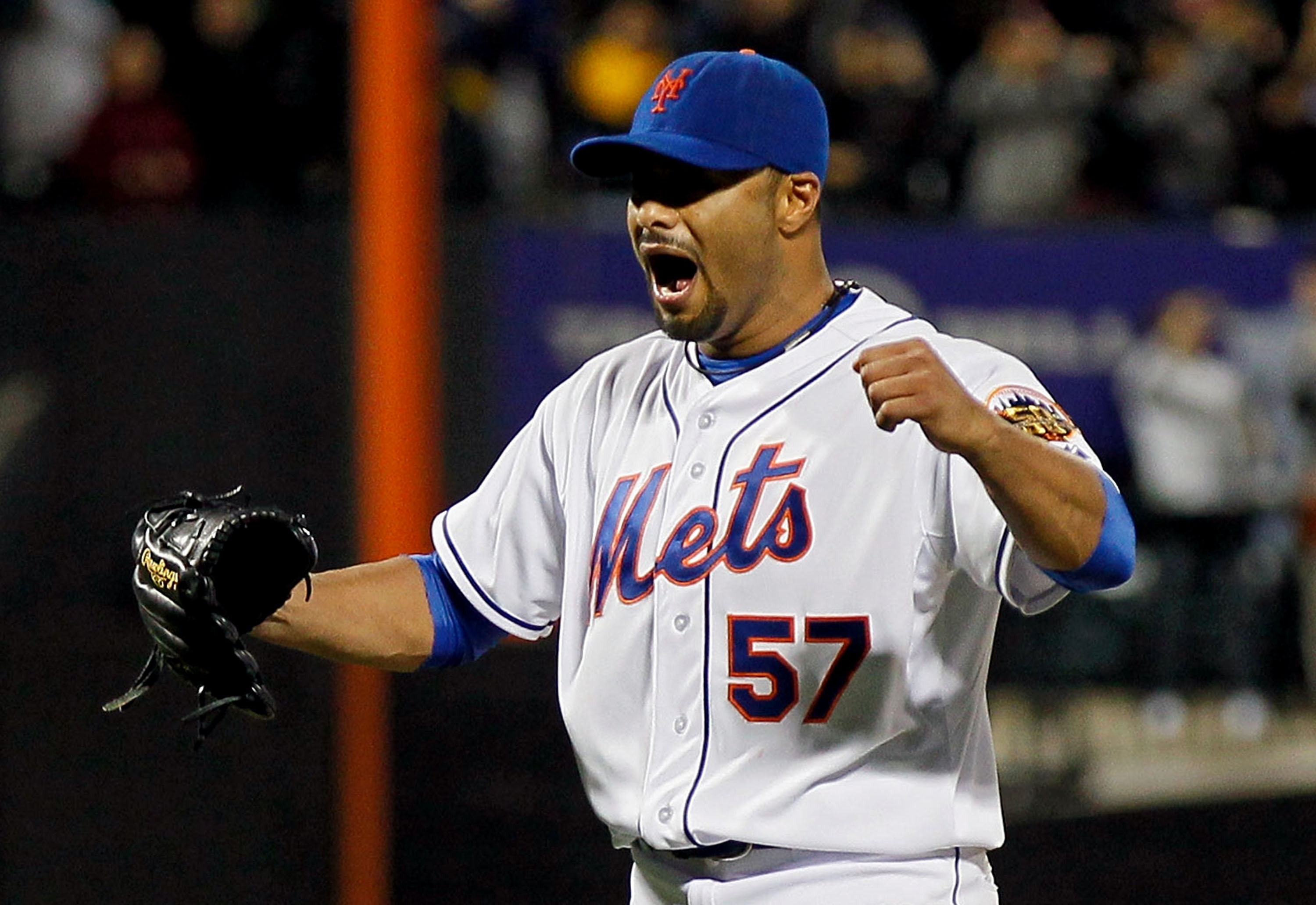 PTF: Absolutely. I mean, with some broadcasters, without naming any names, the action is an excuse to get to the catch phrase. Another thing about that night—and this was something I’d never heard before—I was listening to you on the radio, and afterwards I went back and watched the TV broadcast. And Gary, after the broadcast, speculated, “I wonder how Howie called that over on the radio side” and I thought that was an amazing thing to see such respect between colleagues. I’ve always envisioned maybe there’s a little rivalry on the TV side versus the radio side, but it doesn’t seem like that’s the case at all with you guys.

HR: No, Gary and I are kindred spirits and I’ve worked TV, and he’s worked radio, and now it’s vice-versa, and it’s been wonderfully enriching to experience broadcasting the Mets from both of those perspectives. It’s not like the old days where you had three guys that went back-and-forth every game between radio and television unless they were radio-only games because there were games that weren’t televised back in the day.

But, it was very, very sweet of Gary to even think about me at a time like that when there was so much else going on. And again, I don’t know that this was telepathic necessarily, but all I could think of once the game had ended was ‘I got to get Gary in here during the post-game show,’ because it was somewhat serendipitous in the sense that it gave me a chance to do the post-game show, which I don’t normally do. Josh usually does. Believe it or not he didn’t do that game; he was away at his daughter’s high school graduation, so I worked with Jim Duquette. But they’d asked me to do the post-game show, which I never look forward to, because I’m spent when the game’s over, but there was no ‘being spent’ after that game. I don’t think I even slept that night. So I said ‘We’ve got to get Gary in here’ and the two of us just reminisced for about a half hour about previous no-hitters-that-weren’t and dreams of no-hitters-that-might-be and then finally reflecting on the one that actually was.

Howie: The difference essentially is akin to being a long-haired college kid with hair on your shoulders and being completely bald. It’s apples and oranges. Vin Scully, as he usually does, put it perfectly. He says “On radio, you call the shots; you call the game”, meaning the announcer. “On television, the Director calls the games. And we”—meaning announcers—“generally don’t do a whole lot more than punctuate, or narrate, what’s on the screen.”

The power of description—it’s a cliché, I know—but to take that blank, mental canvas, and paint a word picture, is not only the biggest challenge in radio sports anyway, it’s the greatest and the most rewarding, because to be able to create images from the mind’s eye, or to the mind’s eye, is such a tremendous responsibility. And to get to a point where someone can actually make sense of what you’re describing is extremely flattering. I don’t think you’ll ever hear better calls of special moments than the ones that are made on radio because it’s organic. You’re making it up as you go along. On television, you see the pictures on the screen, and you put verbal captions to them—that’s not nearly as rewarding, other than the financial part of it …

PTF: That makes me think of the famous [Kirk] Gibson call and the different interpretations of it and what you wrote in the book about that. 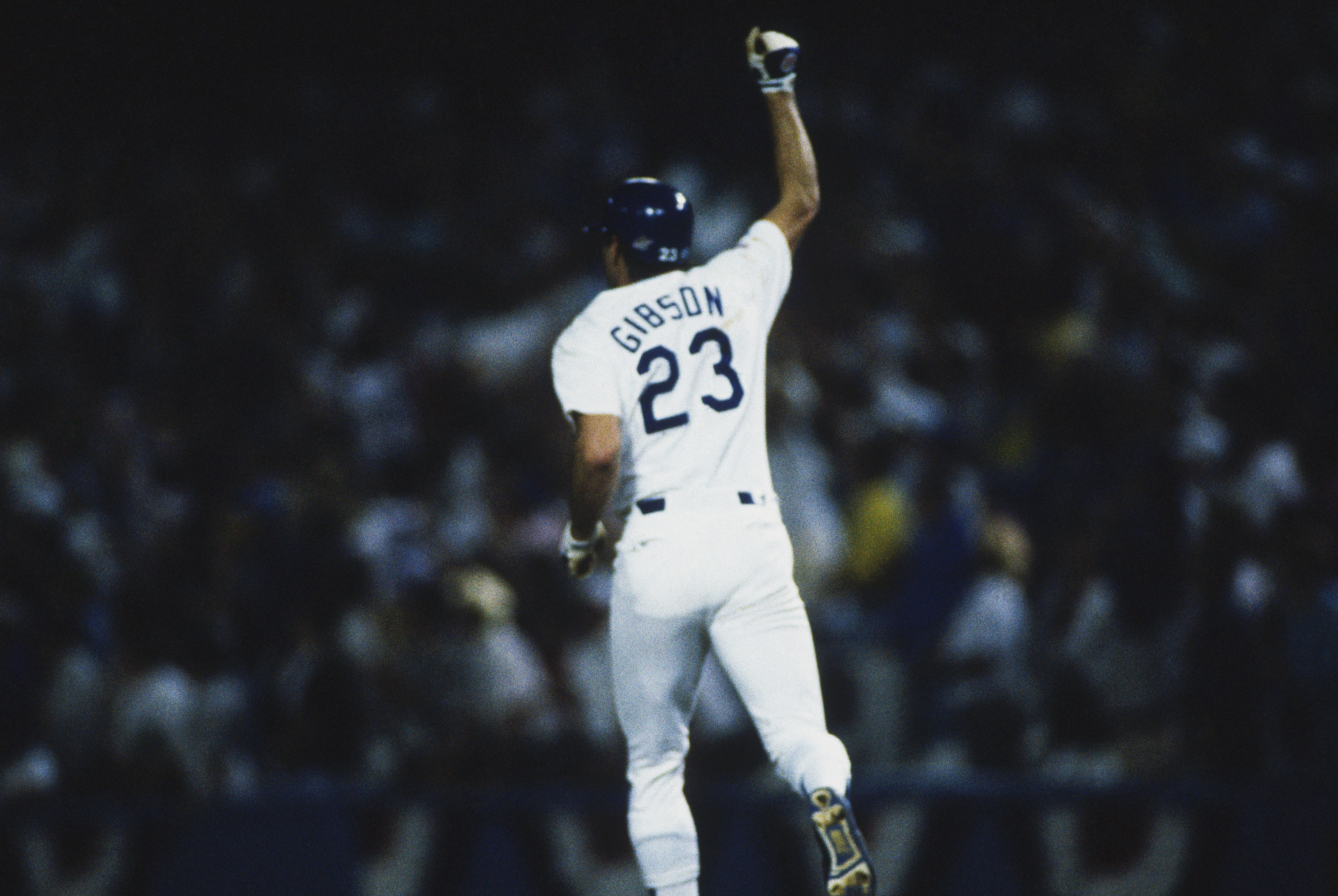 HR: Yeah, well there were two calls, brilliant in their own way because, as much as anything, they were made by great Hall-Of-Fame announcers. Vin Scully, as the ball was leaving the ballpark, simply said “She is gone,” and then did what you’re trained to do on television at moments like that, you lay out, and say nothing. But, when it was time to talk again, leave it to Vin to find the utterly perfect words; he said “In a season that’s been so improbable, the impossible has happened.” Only Vin Scully could have choreographed it to that degree of perfection.

Jack Buck, on the other hand, doing the radio broadcast, was more emotional. And so he just left it all out by saying “I don’t believe what I just saw. I do not BELIEVE what I just saw,” which captured it from the literal perspective—those were the perfect words, yeah, nobody could believe it, but to hear the emotion, to hear the incredulity in his voice, helped sell a moment that didn’t need a whole lot of salesmanship to begin with. That’s what made Jack so brilliant at what he did.

Peter Thomas Fornatale is a freelance writer and editor who lives in Brooklyn. He tried to name his daughter Agbayani but his wife wouldn’t let him. You can follow him on twitter via @loomsboldly