Nothing says meatball more than a fastball down the middle of the plate. Which Mets were the best (and worst) at hitting dead-red pitches in 2013?

Share All sharing options for: Mets Stat of the Day: Meatball hitters

It would make sense that hitters do their best against pitches right down the middle of the plate. Or right down Broadway as Keith Hernandez likes to say. From the days of wiffle ball in the backyard to Little League, a fastball right in the middle of the strike zone has been known as a meatball. So which Mets were the best (and worst) at hitting meatballs in 2013?

When deciding which pitches to include, I chose to exclude breaking and off-speed pitches. All fastball types, including sinkers and cutters, are fair game. In short, I wanted to isolate speed pitches, or meatball types.

Six Mets qualified with at least 20 at-bats ending in a meatball down the middle of the plate.

David Wright is a great hitter no matter where the pitcher attacks him in the zone. But as his career zone profile highlights (below), he is particularly explosive facing hard pitches right down the middle of the plate, with a career .743 slugging percentage. 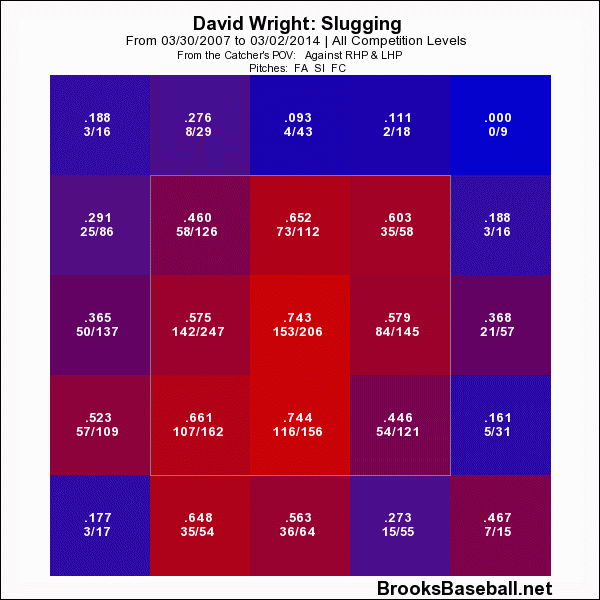 Juan Lagares, on the other hand, seems to flourish against hard pitches up in the zone. Of course, his sample size is much smaller. 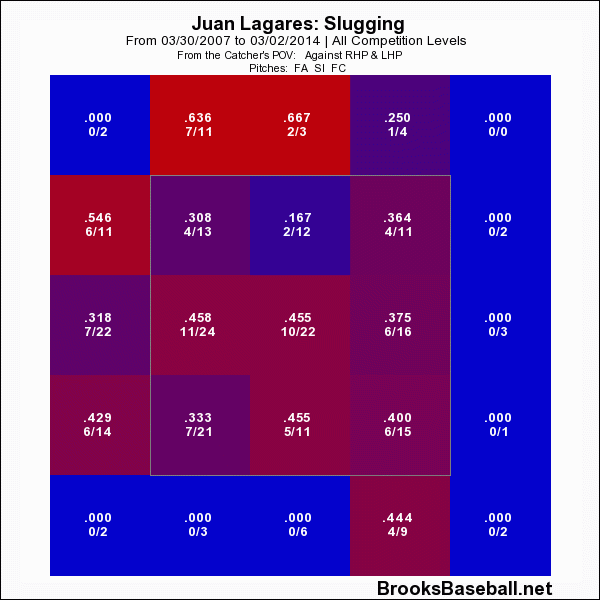