It was a pretty nondescript loss for the Mets.

Some losses just don’t feel quite as bad as others. While Rafael Montero’s debut was cause for excitement as the Subway Series continued at Citi Field on Wednesday evening, the Mets were up against Masahiro Tanaka, whose major league career has gotten off to a great start for the Yankees. If you’ve missed the first few week of the season, the Mets’ lineup has been not-so-great. 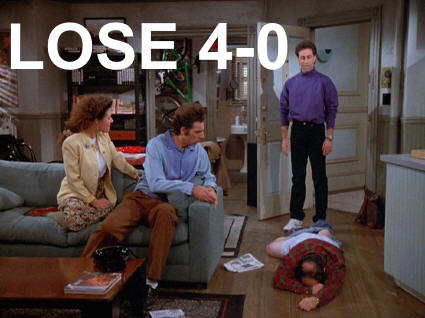 So it came as no surprise that Tanaka threw a complete game shutout against the Mets. He struck out eight, didn’t issue any walks, and gave up just four hits in the process. The Mets’ lineup did virtually nothing of interest in the game. Of course, Rafael Montero made his major league debut for the Mets in the game. He was decent, allowing

three runs in six innings on five hits. He struck out three and walked two, and it took him 108 pitches to complete his outing. And the first of the three runs he allowed scored only because of a two-out misplay by Eric Young Jr., who turned what could have been runners on first and second with the opposing pitcher coming up into a run-scoring triple by diving for and missing a ball that dropped well in front of him.

Montero gave up a solo home run to Yangervis Solarte in the fourth and another to Mark Teixeira in the sixth. The Mets’ bullpen gave up one run over the last three innings on a defensive miscommunication between Carlos Torres and Anthony Recker in the seventh. And that was that. 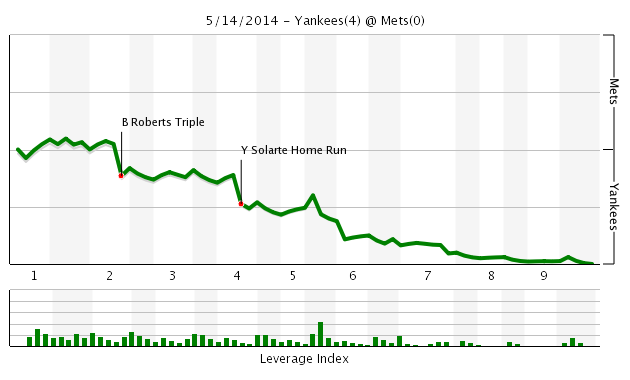