Last Thursday, I posted the following MsPaintz in the morning news thread ; paying tribute to both deGrom's debut and a card game that many of us wasted tons of hours and money on throughout the 90's. 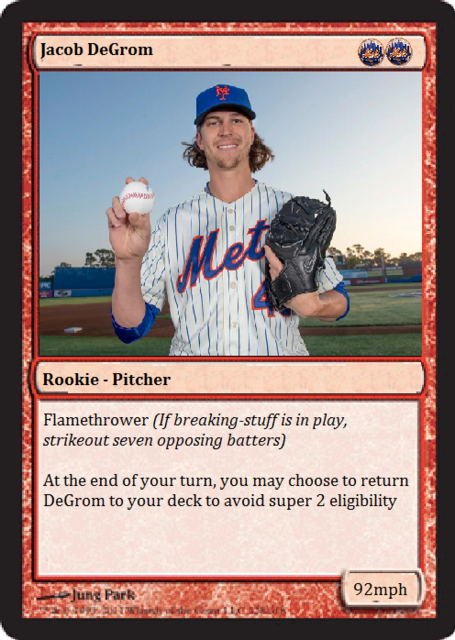 AstoriaWarrior inspired me to replicate my efforts and immortalize more Mets in strategy trading card form. I don't have the bandwidth to do the entire roster, but I was able to put together several Mets, an artifact, and an 'instant' tonight. These aren't well done, the Att/Def stats are mostly arbitrary, and this won't make any sense to the non-MTG loving members of the AA community (animals).

Without further ado - I present to you METS THE GATHERING 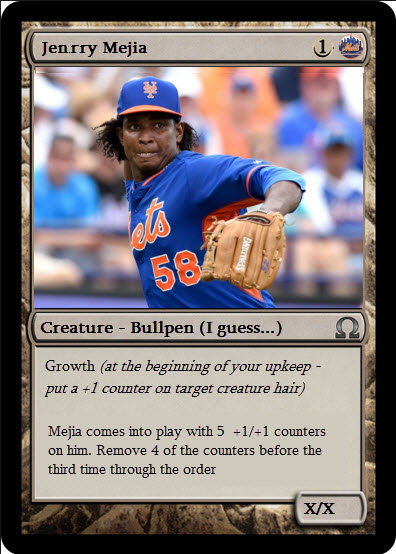 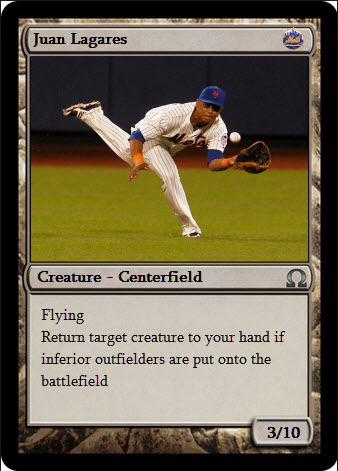 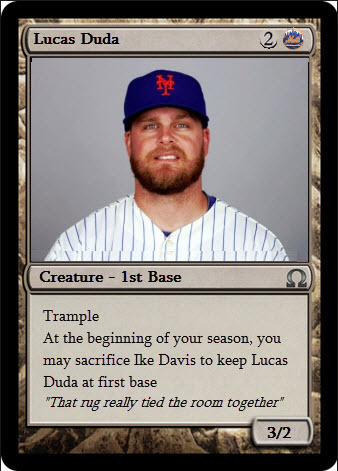 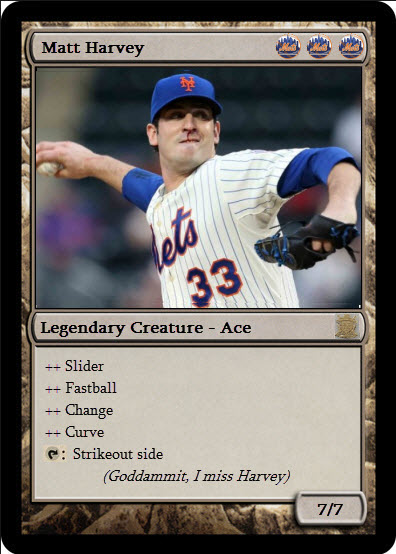 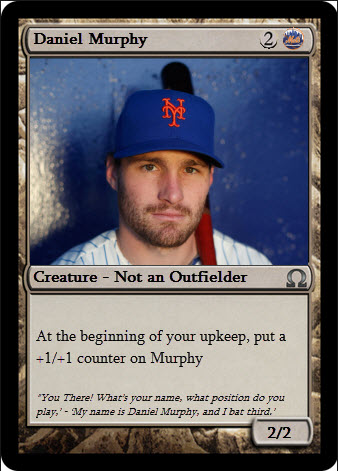 (note: the counters are because Murph seems to get better and better every year, and that's OK!) 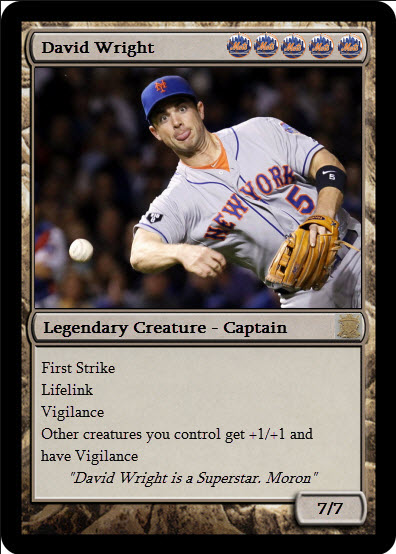 You know when you used to assemble a deck, and sometimes you just had to put some shitty cards in because you didn't have money to custom build? You don't? Well, Wilpon knows what I am talking about... 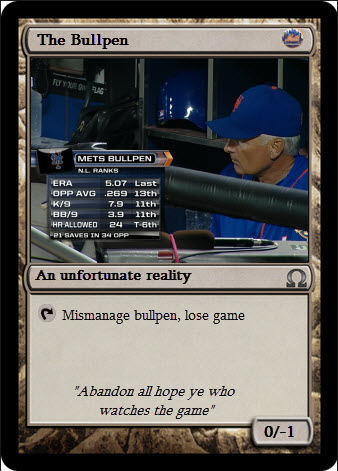 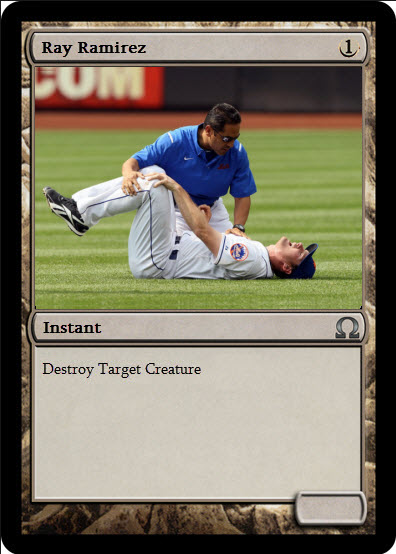 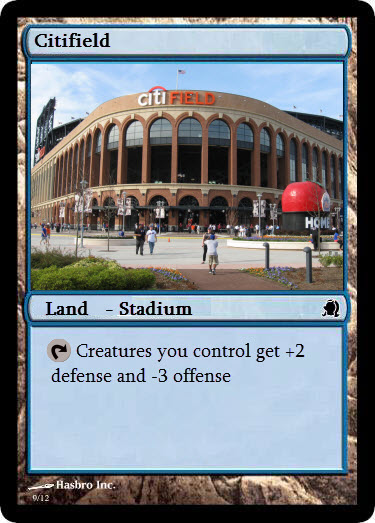 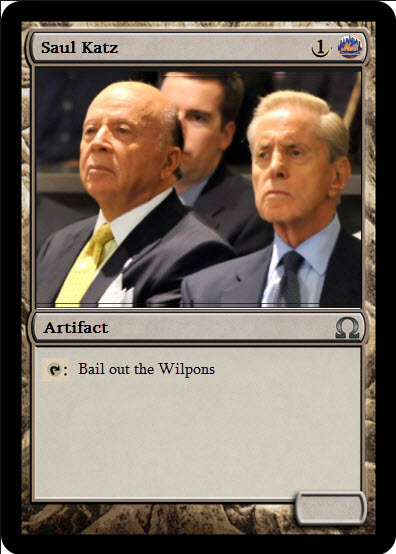 To thank everyone who rec'd this - here are two ultra rare cards!: 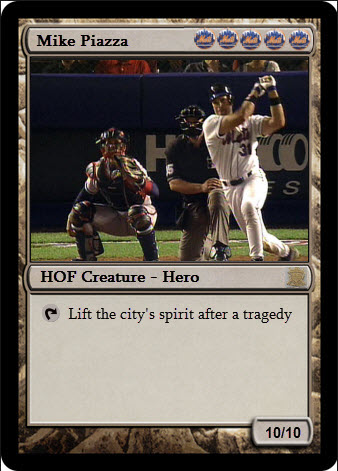 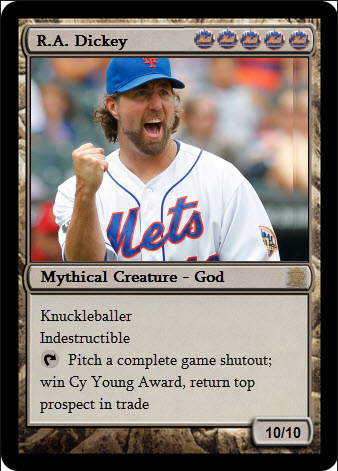