Mets Uniform Review: The Yankees try to look sillier than the Mets

A review of the uniforms worn by the Mets and their opponents this week. Plus, a salue to the Negro Leagues.

Share All sharing options for: Mets Uniform Review: The Yankees try to look sillier than the Mets

If you're a Mets fan, you know that the team has an abundance of uniforms. Its opponents have a lot of uniforms too, but sometimes not as much. I wouldn't consider myself a Paul Lukas wannabe, but I think there's some room out there for Mets uniform analysis. In the first version of this column, we'll be discussing what works and what doesn't work for the Mets and their last week's opponents. As luck would have it, there was a lot to talk about this week.

As we go on through the season, we'll get more into the Mets' NL East rivals and what their best combinations are. Maybe we'll even get to some teams that the Mets don't see very often! 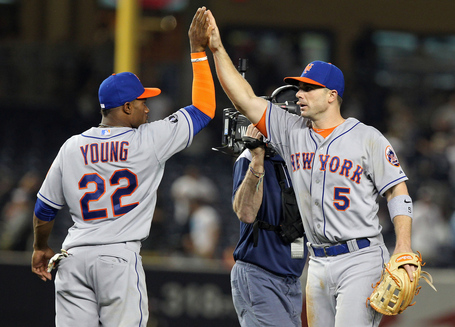 For the first time that I can remember, the Mets wore their orange-brimmed caps on the road. Was this a special occasion for the Subway Series or the beginning of an expansion of the orange-brimmed alternates? Only time will tell, but for those who oppose the more colorful headgear, it should be a relief that the Mets wore only their traditional caps in Washington this weekend. 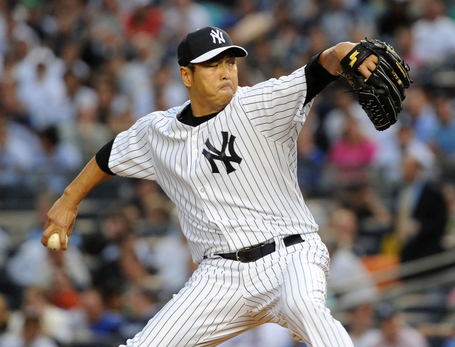 The Yankees usually aren't in the business of making the Mets look good, but on Monday they did just that. While the Mets wore the orange brim, the Yankees sported batting practice hats with a white brim. They don't look completely awful (it's still a very simple design), but when you're a team like the Yankees that wears two uniforms and two uniforms only, why make a meaningless tweak like this? Maybe by wearing a warm-up hat, the Yankees were saying that they don't take the Mets seriously? I doubt that. I'm much more confident that New Era nudged the Yankees into wearing the hats in order to make them more appealing at retail.

Things returned to normal on Tuesday night, as the Mets wore their traditional hats with their blue road jerseys and the Yankees returned to their regular home attire. One interesting thing I took away was that the Mets wore their orange brims with gray road jerseys instead of blue ones. Lately, they've been matching the orange brims with blue home jerseys, so it was surprising to see them go in a different direction on the road. 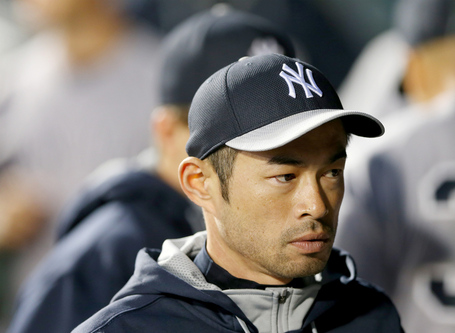 It's hard to tell from this beautiful picture of Ichiro, but that is a third cap that the Yankees have worn this week. During Wednesday's game at Citi Field the Yankees broke out their batting practice caps again, but this time it was the road versions that got to shine. They have a slightly darker brim than the home caps in order to better match the Yankees' gray road jerseys. You can see the gray brim better on the team store website.

So the Yankees have worn more hats than the Mets this year. Or they would have, if the Mets hat not yet broken in their special camouflage hats (Photo credit: Noah K. Murray-USA TODAY Sports). By the way, it looks like the Mets have a camo hat to wear on holidays that is separate from the "Military Monday" hat that they plan to wear for all Monday home games this season. Perhaps we'll see the more orange one on Memorial Day. 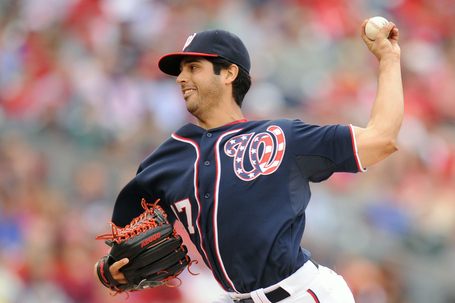 On Saturday, the Nationals celebrated Military Appreciation Day by wearing their holiday uniforms. These aren't new, but they're still interesting for a couple of reasons. First, the Nationals don't wear a lot of blue, except with their road caps. It makes sense, then, that Washington wears its road caps at home when the holiday jersey is in play.

Second, the star-spangled "W" might be considered a bit flamboyant for a team like Washington that usually sticks to a traditional look. I know Keith Hernandez wasn't a big fan of the look from listening to the SNY broadcast that day. Maybe he would prefer a camouflage design!

I'm fine with this look for the Nats. It's nice to see the team wear blue every once in a while, and the stars and stripes are appropriate for American holidays in the nation's capital. I think the look has just the right amount of flair. 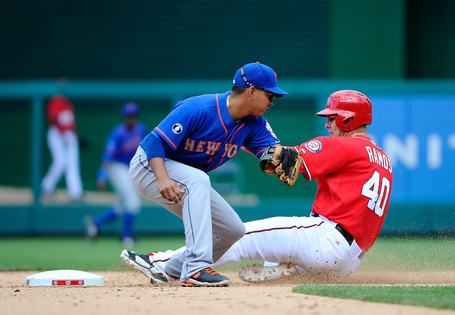 Oh happy day! On Sunday, the Mets and Nationals both wore colorful uniforms, and it looked glorious. Like a soccer match between Manchester United and Chelsea or that time the Lions played the Patriots on Thanksgiving, this game was a site to behold. Well, at least the uniforms were, as the Mets inside of the jerseys made some costly mistakes and lost 6-3. Nevertheless, it is always fun to see two different colored uniforms on the field. It's something that is all too rare in American sports. 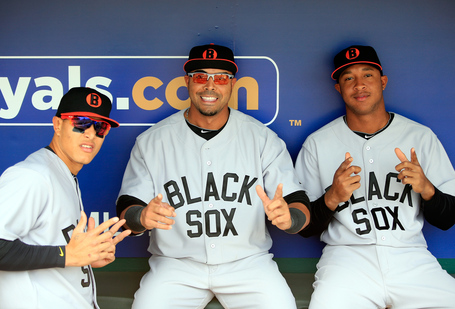 An American League game! We just couldn't ignore the Negro League uniforms worn by the Orioles and Royals on Sunday. Here are Manny Machado, Nelson Cruz, and Jonathan Schoop showing off the retro duds. The Orioles dressed as the Baltimore Black Sox in observance of Salute to the Negro Leagues Day, while the Royals wore the uniforms of the Kansas City Monarchs. 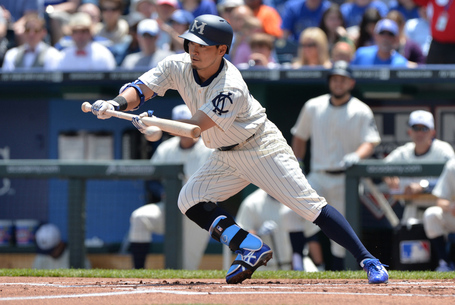 I usually don't like "extreme" throwbacks such as these because there just isn't much going on with these jerseys. At least the Monarchs uniforms have pinstripes, but the Black Sox were as plain as plain could be. When you're working with Negro League uniforms, though, authenticity comes before style. I'm curious as to why the Royals used blue batting helmets but wore white caps with a blue brim. I'm nearly 100 percent certain that the Negro Leagues didn't use batting helmets, so why the difference between cap and helmet? I'm guessing that the hats are the authentic throwback style and the helmets were just easier to make with a blue shell.

That's all we have for this week. Thanks for reading, please leave feedback, and we'll try to make this a regular thing!