Catch up on all of the hottest performances from around the Mets farm system.

Time for another temperature check on the hottest performers in the Mets farm system!

Most of the focus lately has been on new additions to the organization; however, with short-season baseball just getting underway we'll have to wait until July at the earliest to start getting early returns on the next crop.

In the meantime, there's plenty to discuss at the higher levels -- even beyond the power-packed return to the minors from a certain catcher of the future.

At this rate we'll likely see d'Arnaud back sooner rather than later; however the immediacy of his turnaround does seem to lend some credence to Sandy's statements about getting the young backstop out of the increasingly blinding spotlight of Queens for a while. Probably good for us fans to recall that these guys are normal humans with normal human problems every now and again.

With names like Vic Black and Josh Edgin promoted and Jeff Walters headed for the shelf, Ryan has filled in admirably as the 51s de facto closer. The right-handed reliever has been spectacular of late, posting a zero ERA for the month of June. In fact, Reid hasn't allowed an earned run since May 11th -- a stretch of 22.2 innings pitched with 27 strikeouts and eight walks and a .230 opponent average in that span.

At 29, the Portland, Maine native isn't necessarily a burgeoning relief ace. However, he's certainly inserting himself into the relief depth mix with his recent success. Armed with a strong, mid-90s fastball and good command, expect to see Reid get the call the next time the Mets have a need.

Despite an extremely sub-par  follow-up campaign in Binghamton (.190/.281/.293 in 199 PAs), the 25-year-old got a promotion up to Triple-A when injuries at the major league level created a need. And interestingly enough, the '10 fourth-rounder has responded really well thus far; he's batting .278/.422/500 with eight walks against eight strikeouts and pair of home runs to go along with two stolen bases through ten games with the 51s.

Is it sustainable? Who the hell knows; I'd wager we're in for some regression soon -- at least in the batting average department. However, the rest of the package isn't necessarily unprecedented from the toolsy outfielder, who maybe needed to be challenged perhaps?. 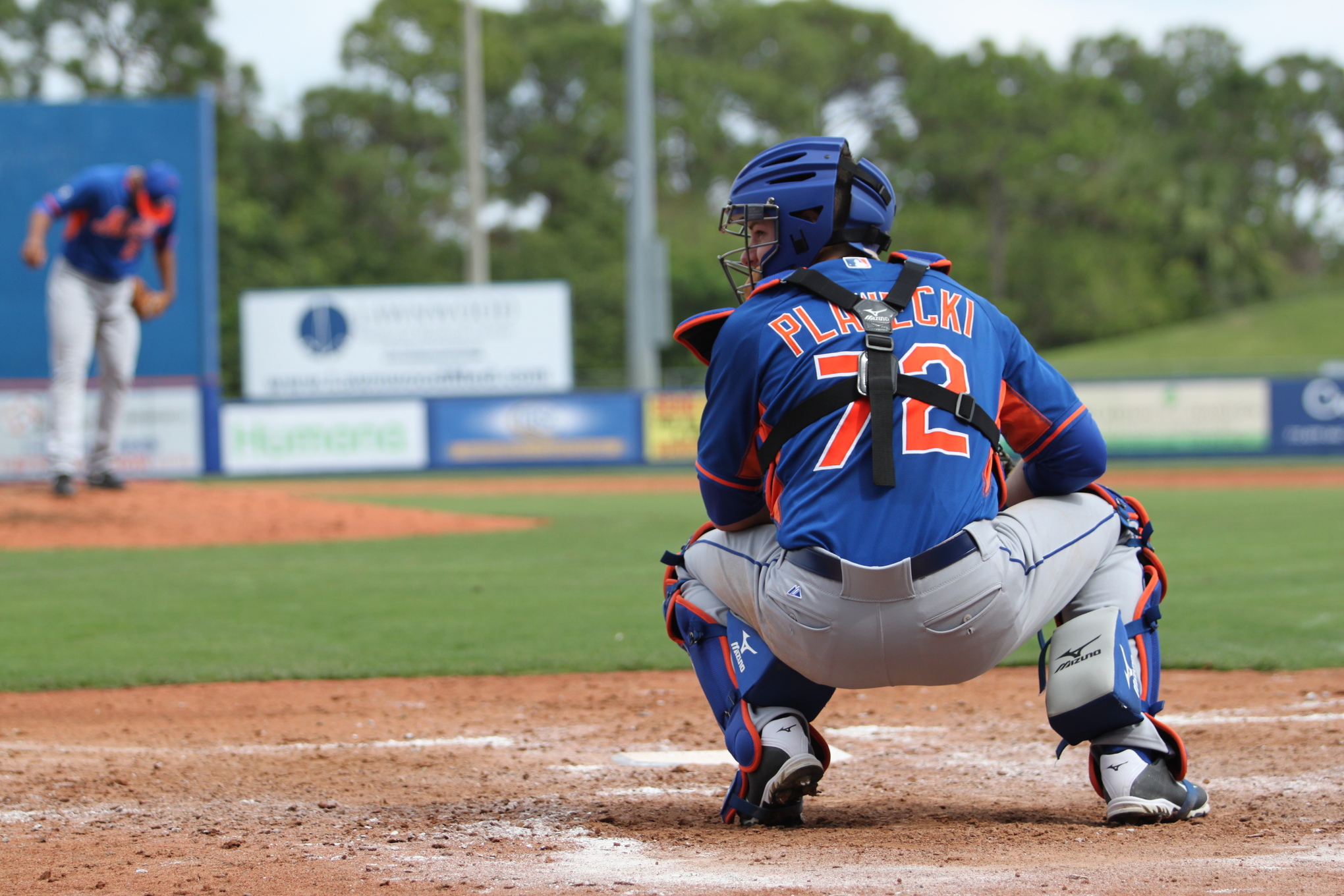 And we thought he was hot in May. Making his second consecutive appearance in this space, the 23-year-old backstop has been even better this month, batting .378/.472/.533 through 12 June games. Even better, he's walked seven times versus just four strikeouts in that span.

The 2012 compensation pick for losing Jose Reyes continues to elevate his game at each and every level. With a .172 ISO he's pretty thoroughly answered questions about his power and now he seems to be addressing his heretofore lack of patience.

His performance thus far in 2014 should pretty well clear the air of any of the 'college hitter vs. inferior competition' chatter that seemed to float around him during his first couple seasons. There's a chance that if he keeps this up we could see a synchronized promotion of the Mets top two catching prospects.

The 27-year-old minor league veteran looks well on his way to his sixth-consecutive season of 20 or more home runs -- which is a big deal. In 12 June games he's already knocked a couple more with a .293/.396/.512 line. However, this would mark the first season where he's kept his strikeout rate below 20%; he's currently at a very nice 17.8%.

While Clark is probably not even third in the line of minor league vets hoping to snag some at bats at first base for the big club later this season, the former 12th-rounder boasts the kind of power and patience that will certainly endear him to the powers that be.

Ceciliani may have been quite notably passed on the organizational depth chart of outfielders from Washington state, however he's not really letting that bother him with one of his strongest months in recent memory. Through ten June games he's batting .306/.366/.611 with three homers, a pair of stolen bases, and four walks versus fine strikeouts.

The plate discipline will be the main factor for the soon-to-be 24-year-old if he's to author any sort of major league career. While his power/speed mix remains intriguing, his on-base percentage has dropped in each of the past three seasons.

While Nimmo may have slowed before a fastball to the wrist took him out of the lineup altogether, Dilson has taken the mantle as the must-see bat in the St. Lucie order. That's because the 20-year-old Herrera is among the FSL leaders in most offensive categories as one of the youngest players in the league -- and as a (sometimes) shortstop!

He currently ranks second in the league in hits and total bases while ranking in the top 10-15 in just about everything else. As I've been harping on all spring, Dilson has flown a bit below the radar thanks to Nimmo's stellar start; but considering age and the mere possibility that he could land at shortstop, what he's doing is as exciting as anything that's happening in the system.

Granted, we're not looking at a prospect here; that being said, the 26-year-old Perez has been killing it with St. Lucie this season, topping his .989 May OPS with a 1.079 mark so far in June. He's also knocked three more home runs this month -- which brings him to nine total -- and currently leads the league in hitting at .359. Again, it's pretty unlikely that he's a future major leaguer; however this kind of success isn't completely unprecedented as he put up a huge season back in 2011 as a member of the Twins system.

After an extremely underwhelming 2013 in St. Lucie where he took steps back with the glove as well as his burgeoning power, the 23-year-old Long Island native is doing his best to remain relevant on the organizational catching landscape. Certainly his white-hot June doesn't hurt; through 11 games he's batted .379/.471/.552.

It's still going to be an uphill climb -- his caught stealing rate still hovers around 20% while the league average is 33% -- but the fact that he's already knocked three longballs this season, bringing his ISO back to his career norms, helps. 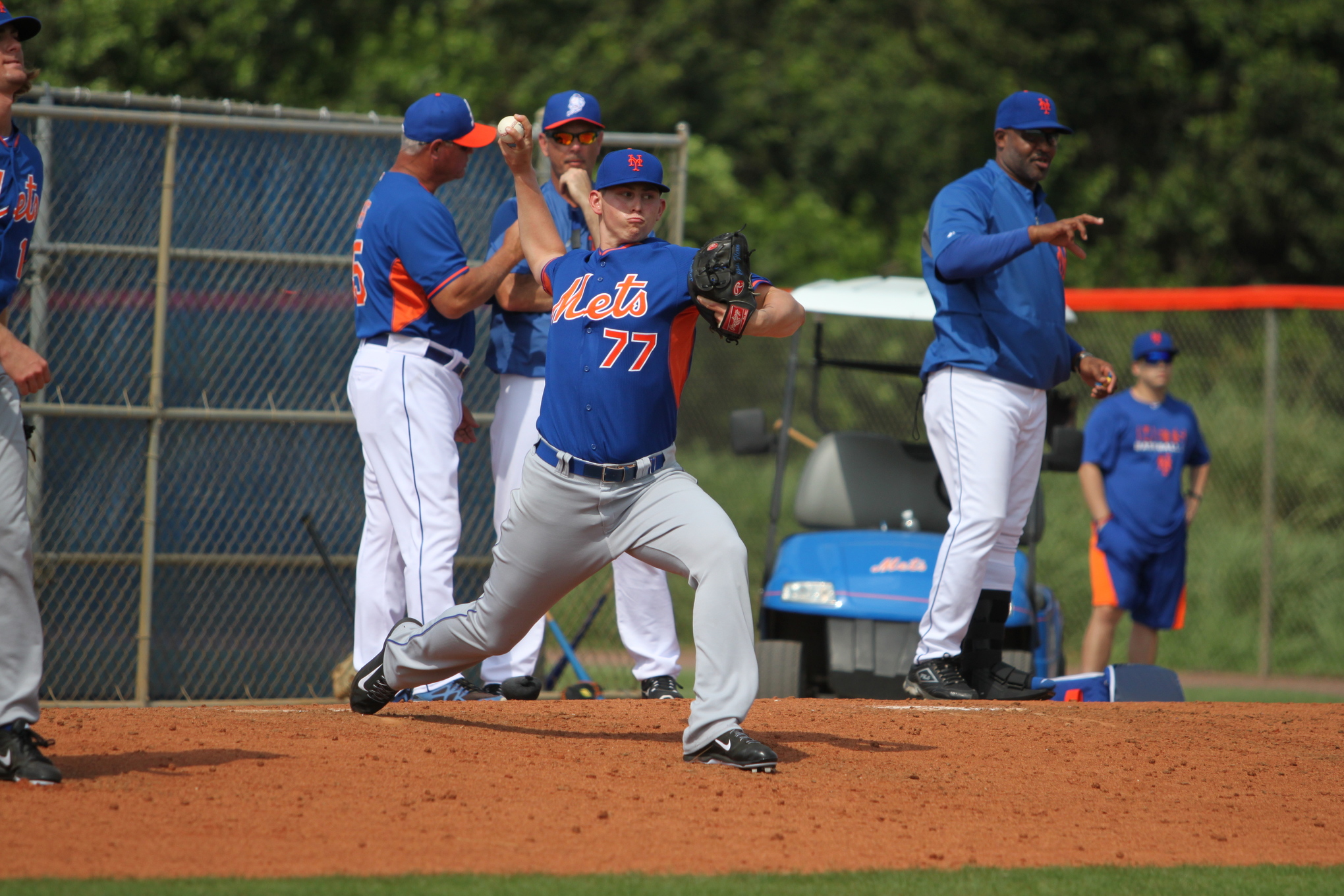 After a tough start to the season, the 2012 14th-rounder seems to be settling down a bit of late; he hasn't allowed more than two earned in any of his last four starts and notched ten strikeouts in a seven-inning masterpiece against Asheville. The downside is that he's still been walking way too many guys (his walk rate is above 12%); however it's easy to forget that Flexen still doesn't even turn 20 for another month.

The 22-year-old Savannah native has performed exceptionally well in front of the hometown fans, especially over the last few weeks where he's posted a 1.29 ERA in three June starts. His 2.12 mark for the season just pulled ahead of Kevin McGowan for the team lead and also ranks second among SAL starters. The upside may be the back of a rotation at best; however the 2011 21st-rounder is proving that he possesses a very interesting mix of polish and stuff.