A year ago, it looked like the veteran righty was nearing the end of his major league career.

Last season, Daisuke Matsuzaka was 32 years old and on the open market after the Cleveland Indians released him following a mediocre performance with their Triple-A affiliate. Now, less than a season later, after being signed by the New York Mets, hitters can’t touch the veteran’s diverse repertoire of pitches.

Though Dice-K’s 47 innings pitched this season is a relatively small sample size, his numbers are eye-popping, especially the .172 batting average opposing hitters have against him. That’s the third-best mark in Major League Baseball among pitchers with at least 40 innings pitched.

While top relievers tend to have a lower batting average against numbers than starters, Dice-K’s .198 batting average against as a starter this season is better than nine of the last ten National League Cy Young award winners and is only bested by Clayton Kershaw’s .192 batting average against in 2013. On top of allowing fewer hits, Matsuzaka is forcing more ground balls, and the few fly balls he has allowed are staying in the ballpark. His 2.2 percent homerun to fly ball ratio, which is by far the best of his career.

Dice-K’s 2.68 ERA and 1.26 WHIP are also among the best of his career. Though he’s posting stellar numbers, his high 15.4 percent walk rate is holding him back from even more success. His high walks totals are chiefly responsible for a 3.69 FIP and 4.65 xFIP, both of which indicate significant regression is in line for his earned run average. 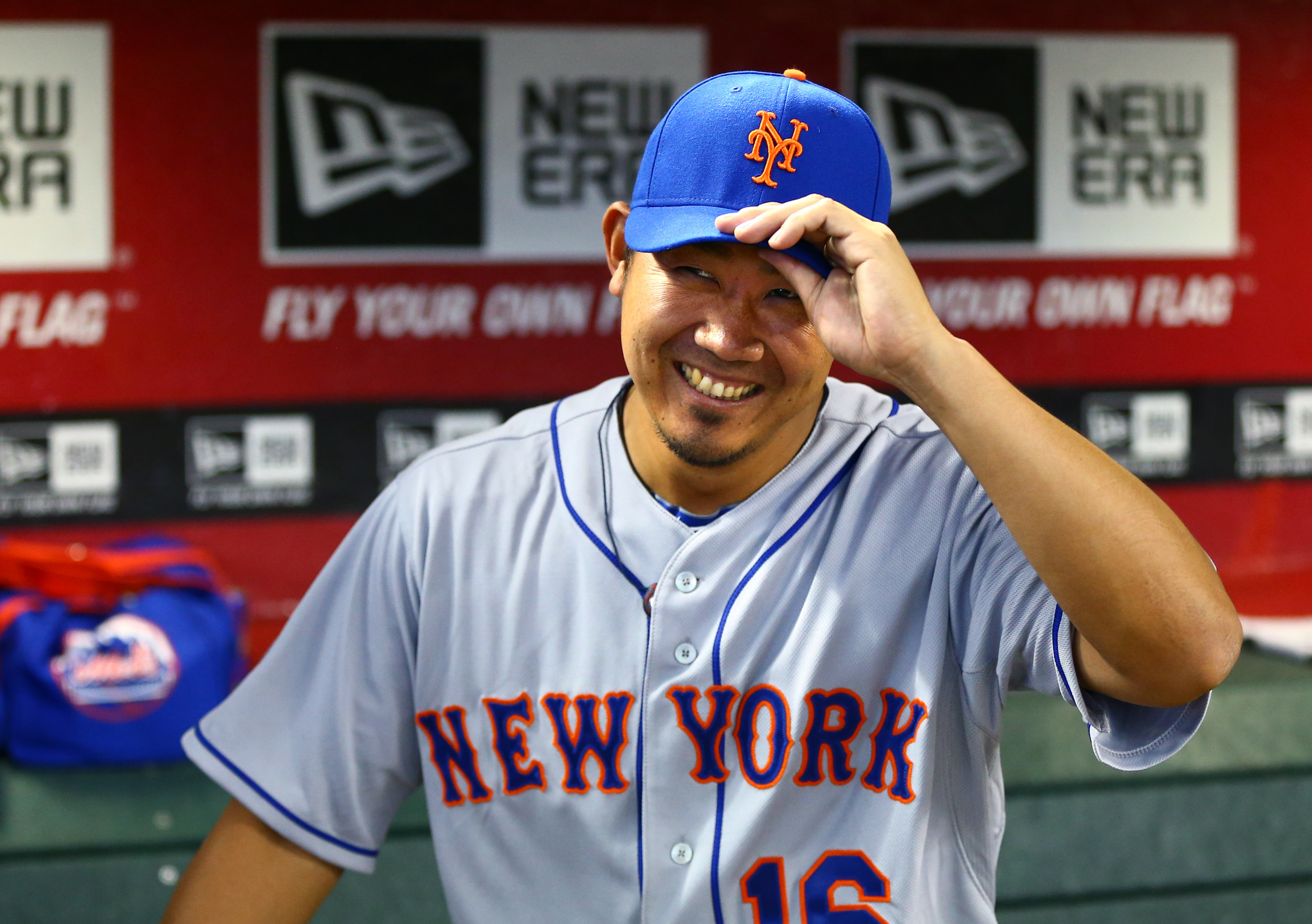 Matsuzaka’s success has come in whatever role the Mets have placed him in, excelling as both a starter and reliever, which may be explained by adjustments to his repertoire of pitches.

This year, Matsuzaka regularly features five pitches: a fastball, slider, cutter, curveball, and split-finger. This season, his increased use of his cutter and curveball and his elimination of his changeup have seemed to be the difference. Over 25 percent of Matsuzaka’s pitches this season have been cutters, the highest percentage of his career, about nine percentage points higher than his career average 16.2 percent.

He has also ratcheted up the use of his curveball to 12 percent, whereas prior to last season with the Mets he hadn’t thrown the pitch more than 5.1 percent in any single season. As he has thrown these two pitches more, he has completely eliminated the use of his changeup.

While it’s certainly possible Matsuzaka performance regresses, the adjustments he and the Mets’ pitching staff have seemingly made to his pitching arsenal have baffled opposing hitters and elevated Dice-K to levels which we haven’t seen since he first broke into the league. He has pitched remarkably well while wearing a number of hats for the Mets—starter, late-inning reliever and long-man—and he will continue to have a role with this team whether in the rotation or the bullpen for the foreseeable future.