Plus, another Negro League game! 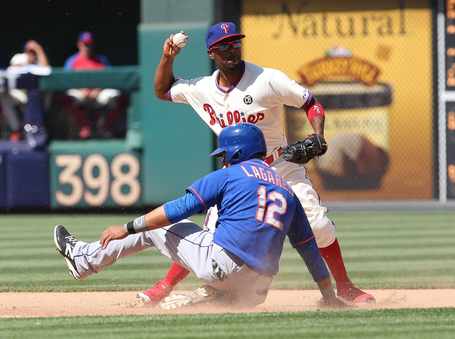 On a lot of colorful uniforms that MLB clubs like to wear on the road, the white letters and numbers clash with away gray pants. That's why I was so happy when the Mets introduced these beauties last season. The gray (or silver, as I've heard it called) lettering and classic "New York" script makes the Mets' blue road jersey one of the league's best road alternates.

I was surprised when the Phillies unveiled these home off-white uniforms not too long ago. Before these came into being, the Phils were one of the only MLB teams with just one home uniform and one road uniform, but I suppose they decided to get with the times with this cream-colored alternate. Philadelphia usually hides its blue pretty well, but the color is very prevalent on these uniforms, and especially on the caps, which are smartly complemented by matching batting helmets. Overall, the look, which the Phils break out for weekend afternoon home games, is a solid departure from the red pinstripe routine. 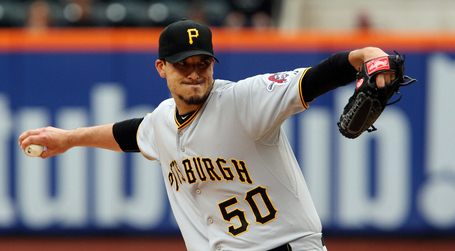 Like the Marlins, the Pirates have a black alternate that they are not shy about wearing during many of their road games. Unlike the Fish, Pittsburgh hasn't got totally carried away and thrown their grays in the dumpster. These classics, with the black-and-yellow "Pittsburgh" script all the way across, still look great, and the "P" on the cap looks better without the alternate white outline. The only thing I would change is the cranky pirate on the left sleeve. The Buccos barely use him anymore, so why not update the logo or just put another great looking "P" on the sleeve? 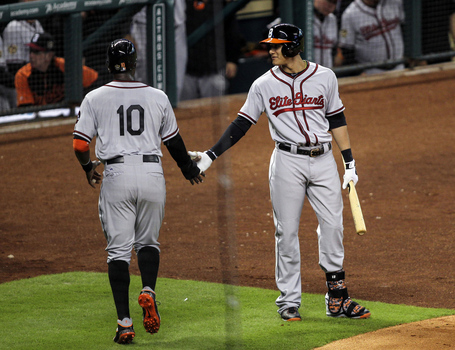 During the annual Civil Right Game on May 30, the Orioles came into Houston dressed as the Baltimore Elite Giants, an old Negro League team that actually started out as the Nashville Standard Giants in 1920. While the O's would look more "Standard" than "Elite" in their play during a 2-1 loss to the Astros, at least Baltimore looked fine from a uniform perspective. Sure, these uniforms are a little boring from the back, but that bright underlined script in front is pretty flashy for a road jersey that was last worn in 1950. It reminds me a little of the road unis the Orioles used to wear with "Orioles" across the chest before they switched the more modern "Baltimore" jerseys. 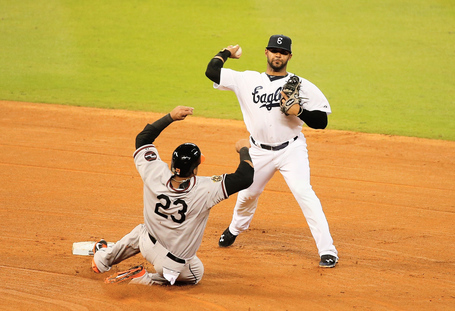 The Astros defeated the Orioles while dressed as the Houston Eagles, a Negro League team that played in Texas for just two seasons from 1949 to 1950. Before that, they existed for much longer as the Newark Eagles, but the club was sold once Jackie Robinson happened and there wasn't much use for an all-black baseball league anymore. Even though the Eagles were soon to be dissolved when they landed in Houston, they still looked pretty good with big "Eagles" script across the chest and a cute, curly "E" on the cap. There's not much else to say about this basic navy and white uniform, except that some orange Astros accessories ended up giving it a nice dose of pizzazz. 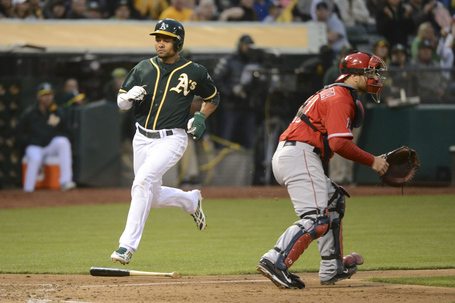 Hooray! It's Christmas in May! Those who have read this column before know I love fun, colorful baseball jerseys, so I had to be loving this Athletics versus Angels game, right? Well, the colors do look good, but I think this new green jersey that the A's are debuting in 2014 is an unnecessary update to the green "Athletics" shirt that Oakland has worn in the past. Plus, another colorful alternate means we'll see less of the brilliant yellow jerseys that have been taking baseball by storm for the past few seasons. At least Oakland could make the yellow jerseys the home alternate and save the darker green for the road, but here the A's are wearing the green jerseys at home... 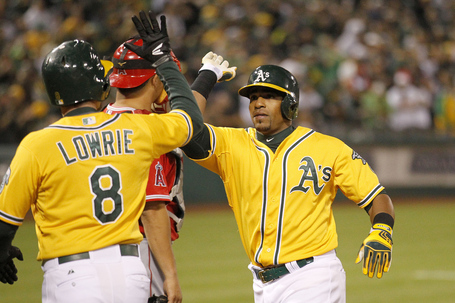 Oh that's more like it! Those bright shirts look great with the yellow brim on Oakland's home hats! With a great look like this, who needs home whites?